Port Melbourne has evolved over the years with cafes popping up along the Bay Street strip and now fanning out to the side streets. On a mission to get out of the city and try somewhere new, we heard great things about Third Wave Cafe and had to give it a go. 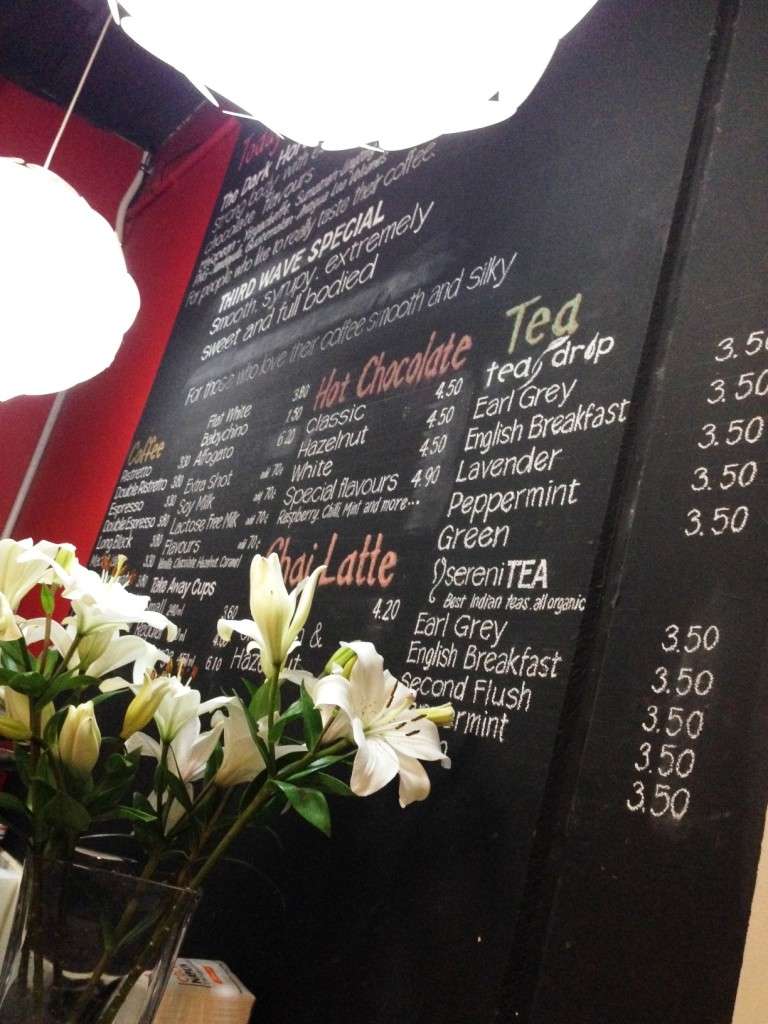 We made our way to the Port Melbourne location on Rouse Street and entered to a small cafe style restaurant. With only a hand full of tables available both inside and outside on their heated and covered area, I can only imagine how difficult it would be to get a table here on a weekend. As we arrived around 8:30pm, there was fortunately a table ready for us so we didn’t need to wait long. 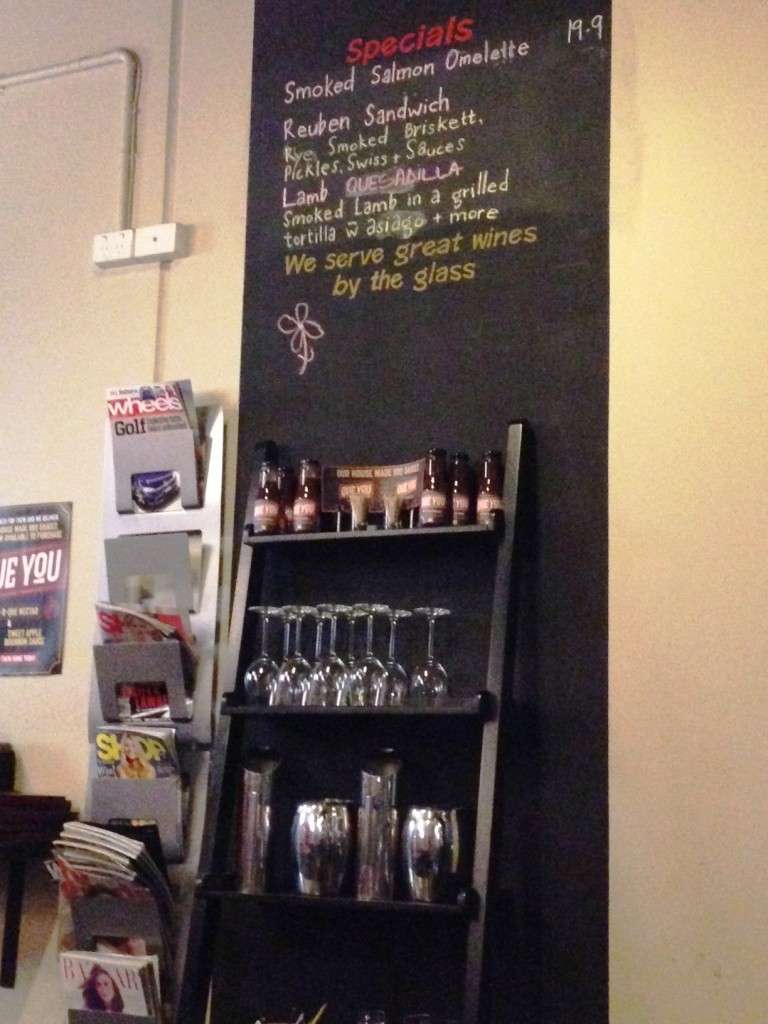 The space itself feels more like a cafe than a restaurant with a beautiful bar area, daily specials on the wall and their beverage list available on a chalkboard behind the bar for quick viewing. Large wooden tables fill the space and hanging plastic lights brighten the dark ceiling and dark red feature wall. The space itself is quite simple with minimal decor and simple furnishing, which create that cafe atmosphere. 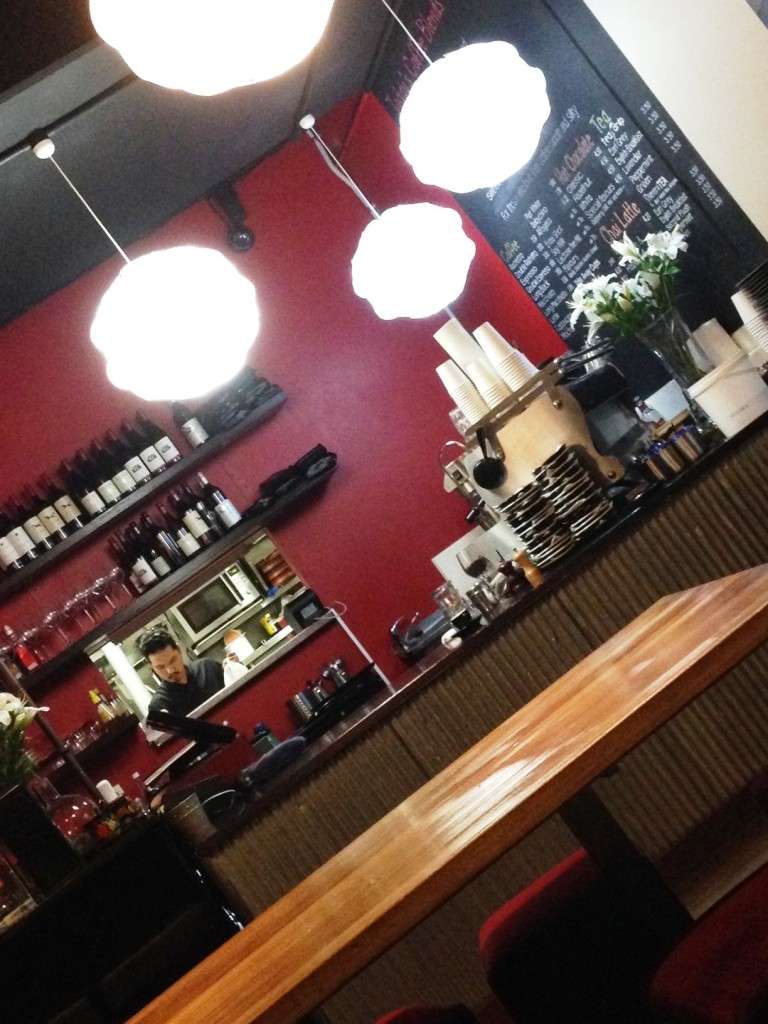 The menu boosts a range of cultural dishes from American BBQ to unfamiliar Russian specialties. We stuck with the BBQ dishes, as we were quite hungry and in the mood for some tasty comfort foods, however will be back to try their Russian style dishes as I have never tried any before. The sound of the Blintzes, Pelmeni and Sprats all caught my eye. 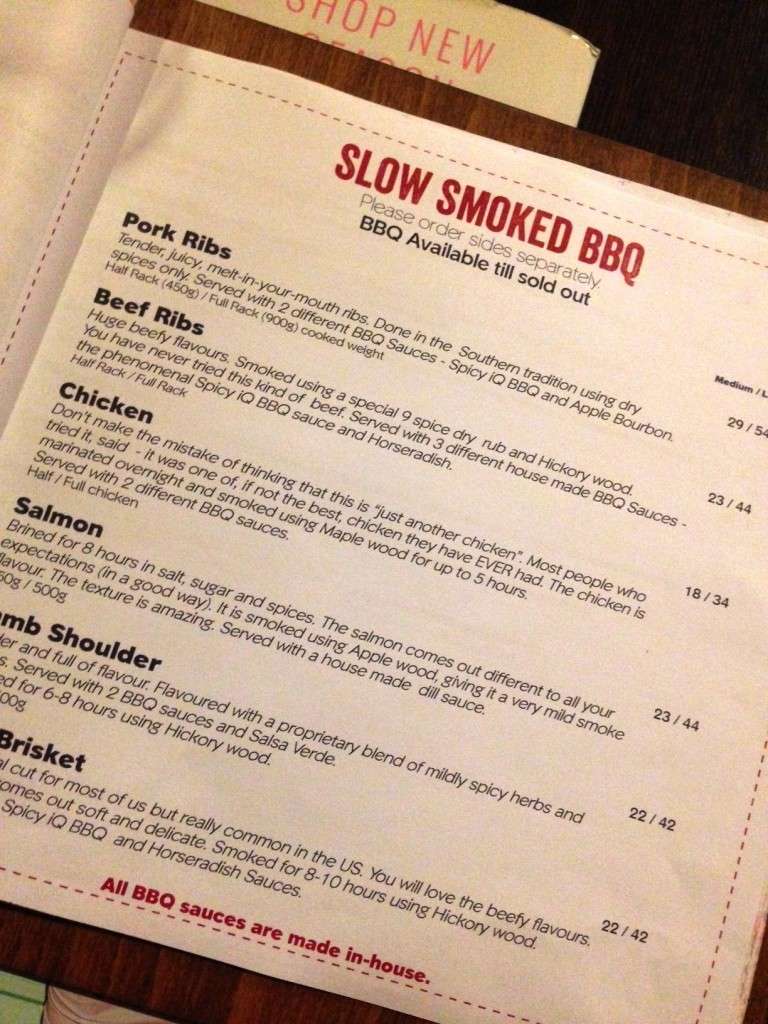 We started the night with some traditional ‘Budvar Czech Premium Lager’, which was the perfect match for what was to come. 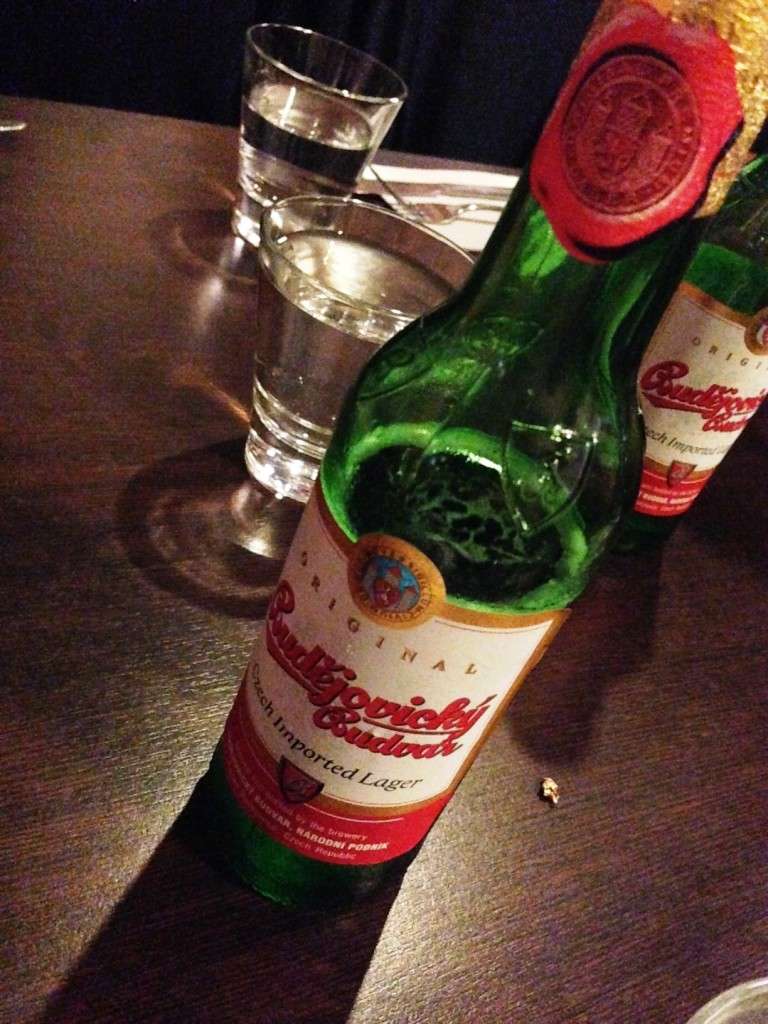 With meat on the mind, we ordered 3 ‘large’ dishes and a side of ‘Confit Kipfler Potatoes’ roasted in duck fat, no veggies for us tonight! The potatoes were cooked to perfection with the right amount of rosemary to not overpower the taste of delicious duck fat. 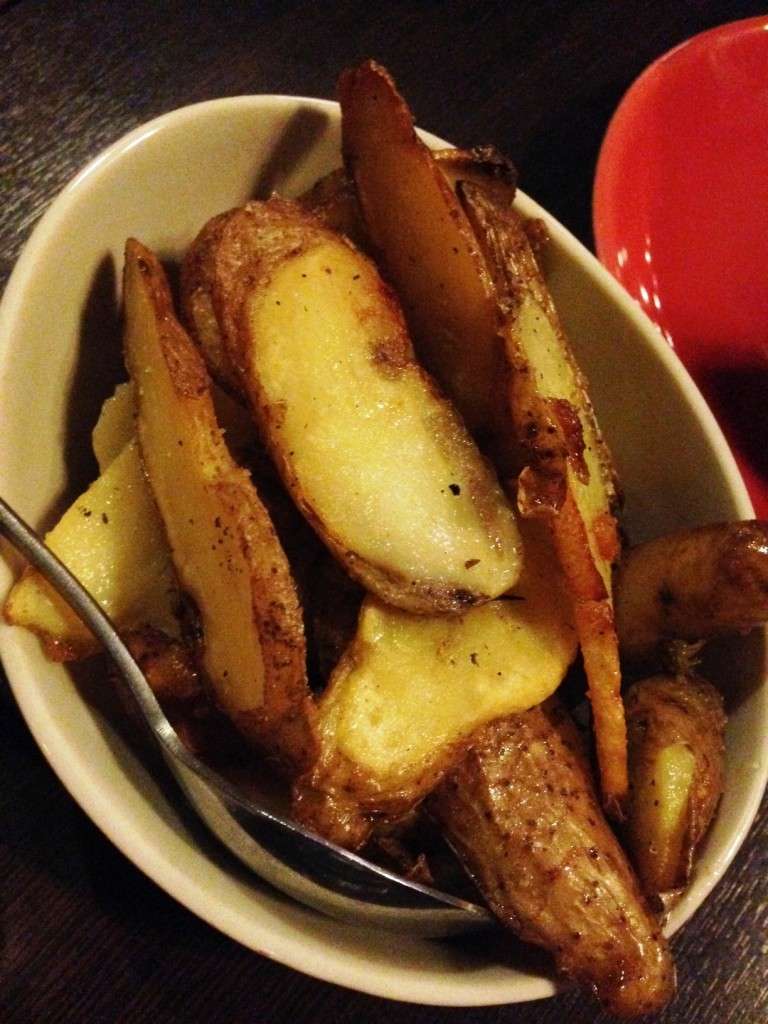 Once we finished our first round of beers, a mountain of meat was placed in front of us. First out was the ‘Pork Ribs’, and when I say mountain, it was a MOUNTAIN! A full rack of Southern Traditional ribs using dry spices with 3 different house made BBQ sauces were presented (spicy bourbon, apple bourbon and their iQ sauce). The meat was extremely moist and literally fell off the bone as soon as you bit into it. A winner in my books! 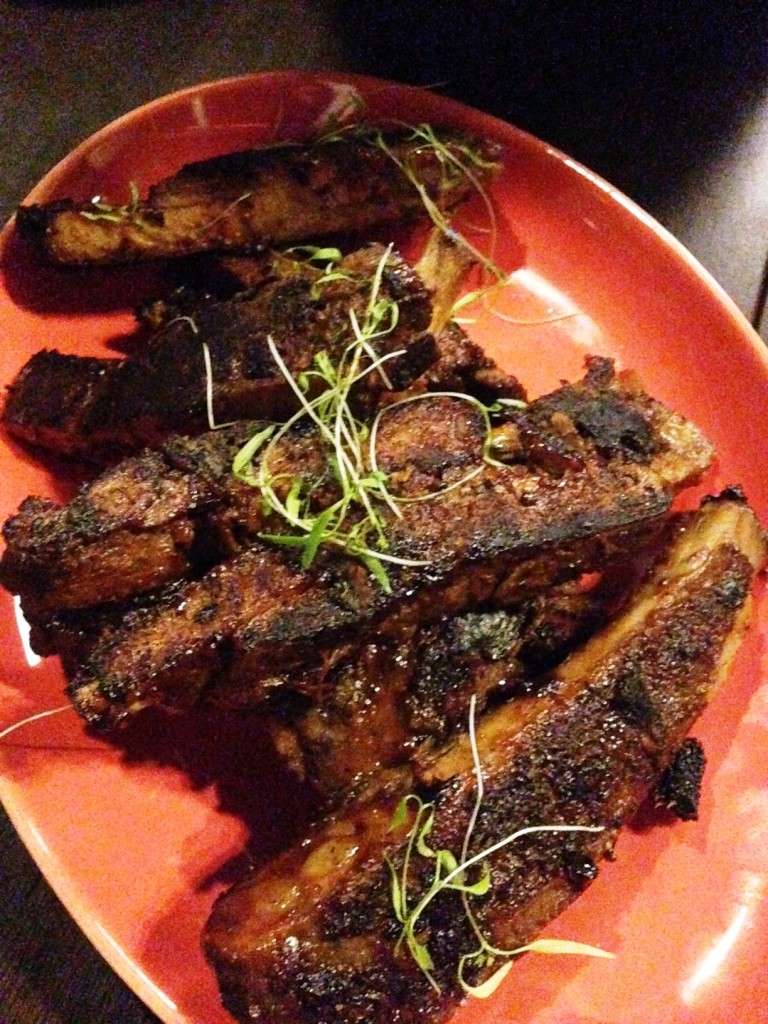 We also ordered the ‘Beef Brisk’,  which was cooked for 8-10 hours using hickory wood. The beef flavour was full on and the meat again pulled apart without the need of a knife. The ‘Lamb Shoulder’ was presented in the same way as the brisk, with thin slices of meat that were easy to pull apart. This was cooked with a more mild spice, letting the lamb flavour shine through. Again using the hickory wood, however cooked for only 6 hours. This was accompanied with a salsa verda, which is made onsite. 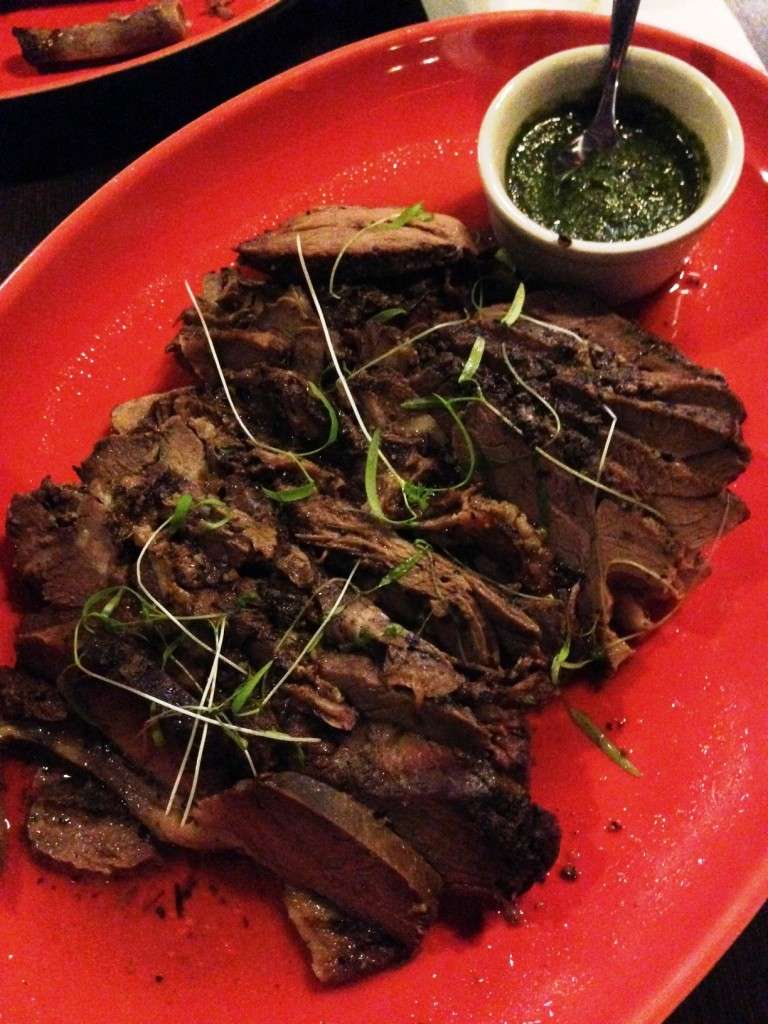 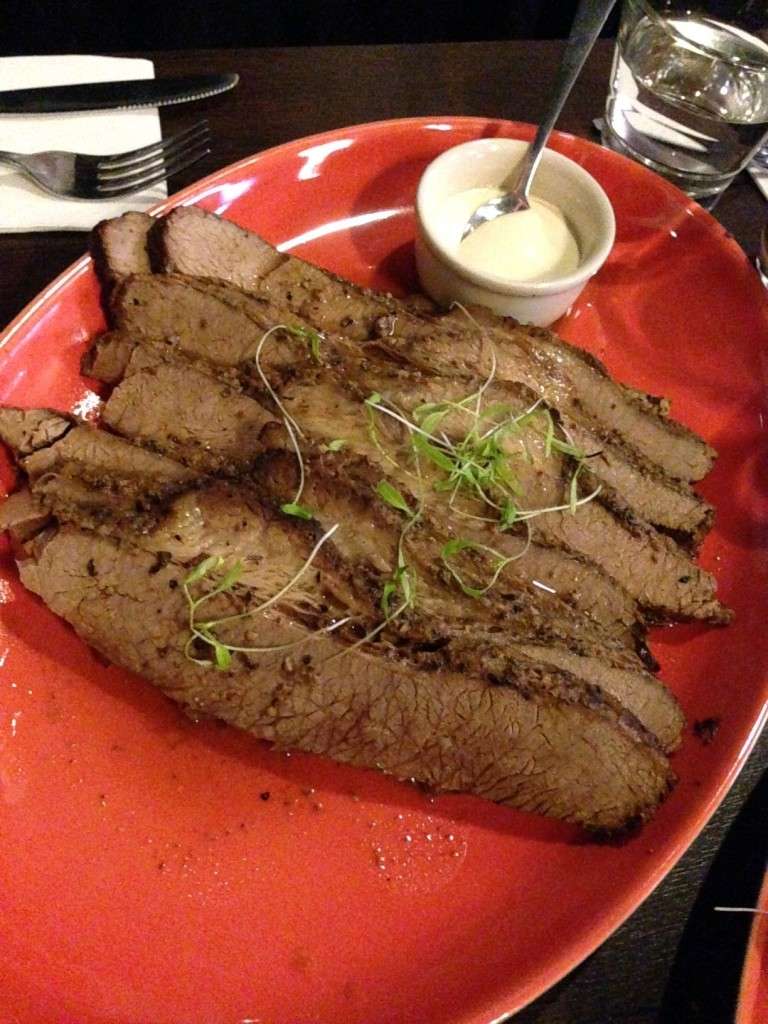 Last out was the half ‘Chicken’. They note on the menu that this would be the best chicken you’ve ever had, and the definitely didn’t let me down. The chicken was unbelievably moist and had a beautiful blend of maple and spices from being marinated overnight and cooked in maple wood for 5 hours. 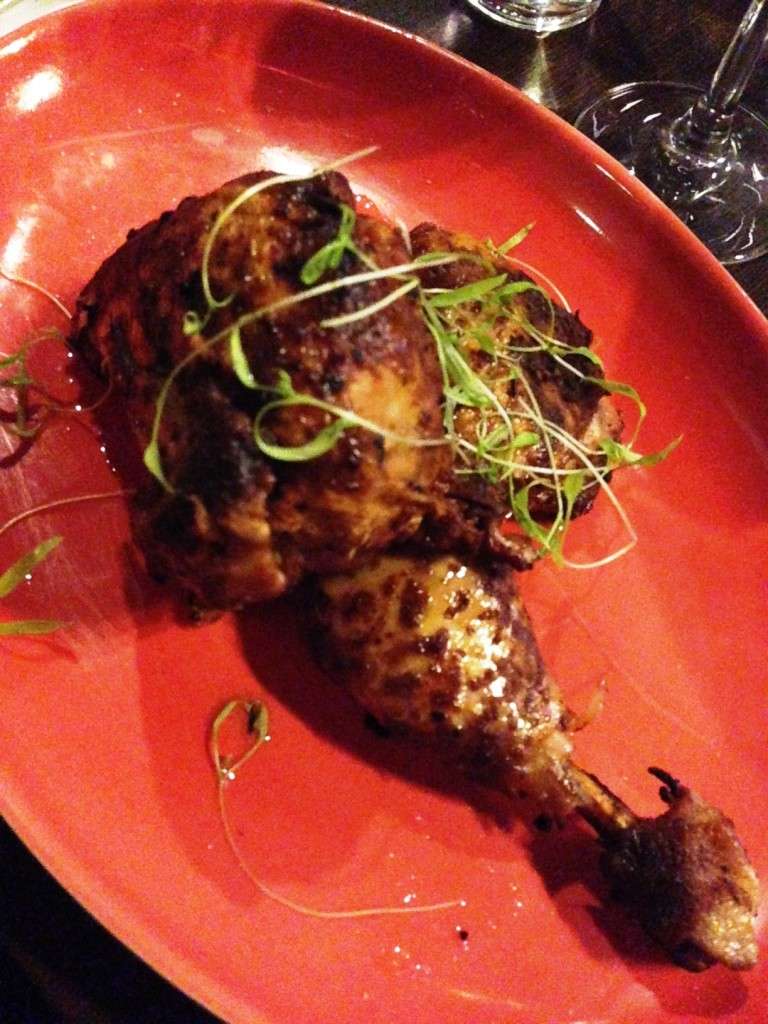 Our stomachs were expanded to the max and couldn’t fit dessert in. We needed a pick me up from our meat comas and decided to mix dessert and coffee and get one of their Affagatos. Definitely worth the extra calories at the end of the night!

The service tonight was top notch. We were looked after well with the waitress coming back to our table as soon as drinks were done to ask for a refresh. She was personable and seemed to really enjoy her job, which really makes a difference to the overall service. 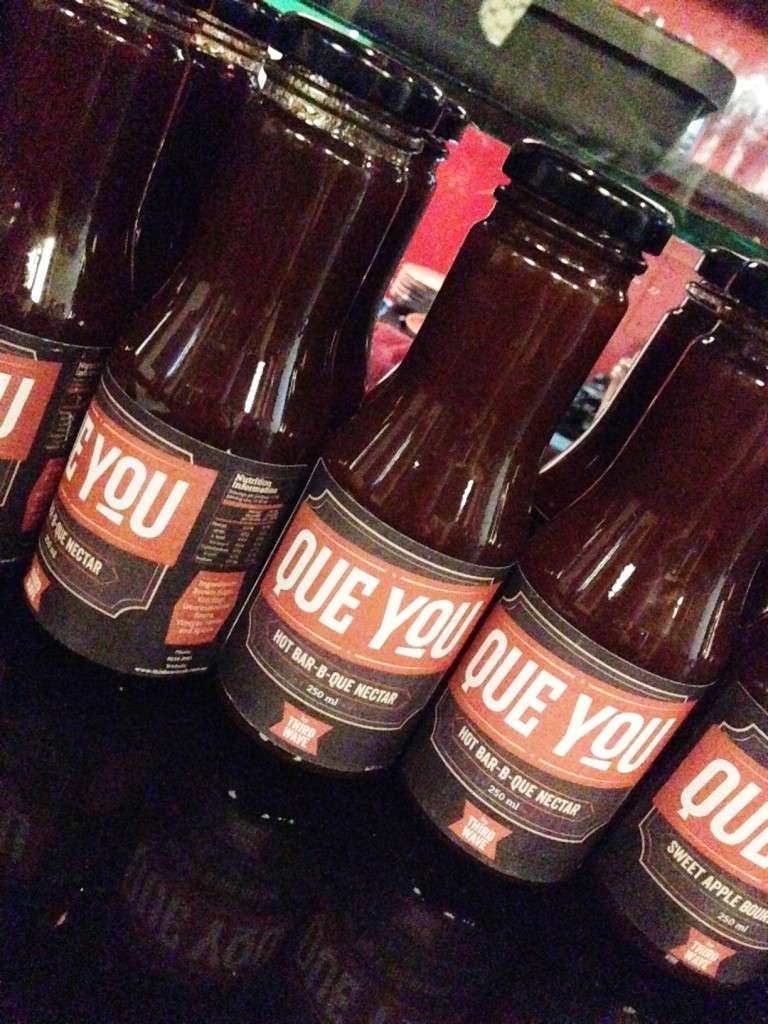 There is the opportunity to buy their house made sauces, which I wish we would have done as they were so tasty. The flavours are fantastic and so different from the typical store bought sauces.

We will definitely be heading back, maybe to try out their Prahran location and test out the Russian dishes available.