The votes are in and the winners have just been announced for the 12 annual San Pellegrino World’s 50 Best Restaurants. Monday 28 April marked the official awards ceremony at London’s Guildhall, with the world’s leading chef’s making their way through the entrance in hopes of taking this years title. This is the Oscars of fine dining.

Our very own ‘Attica‘ has made the list and was crowned NO.32 on the leader board. Up against some very tough competitors, the top 10 winners consisted of:

Although Sydney is known for their luxe fine dining, none of the Sydney based restaurants made the top 50 this year. ‘Quay’ dropped from 48th to 60th place.

In additional to the top 50 restaurants, 13 other awards were given out including awards for World’s Best Female Chef, Chef’s Choice Award, World’s Pastry Chef and Best Restaurant in Australasia just to name a few. 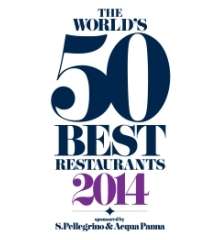