We’ve tried to get in here on a few separate occasions and were finally able to get a late night table on a Saturday evening over the past weekend. Tapas are one of my favourites, so any time we get the change to hit a tapas restaurant, it’s a must! 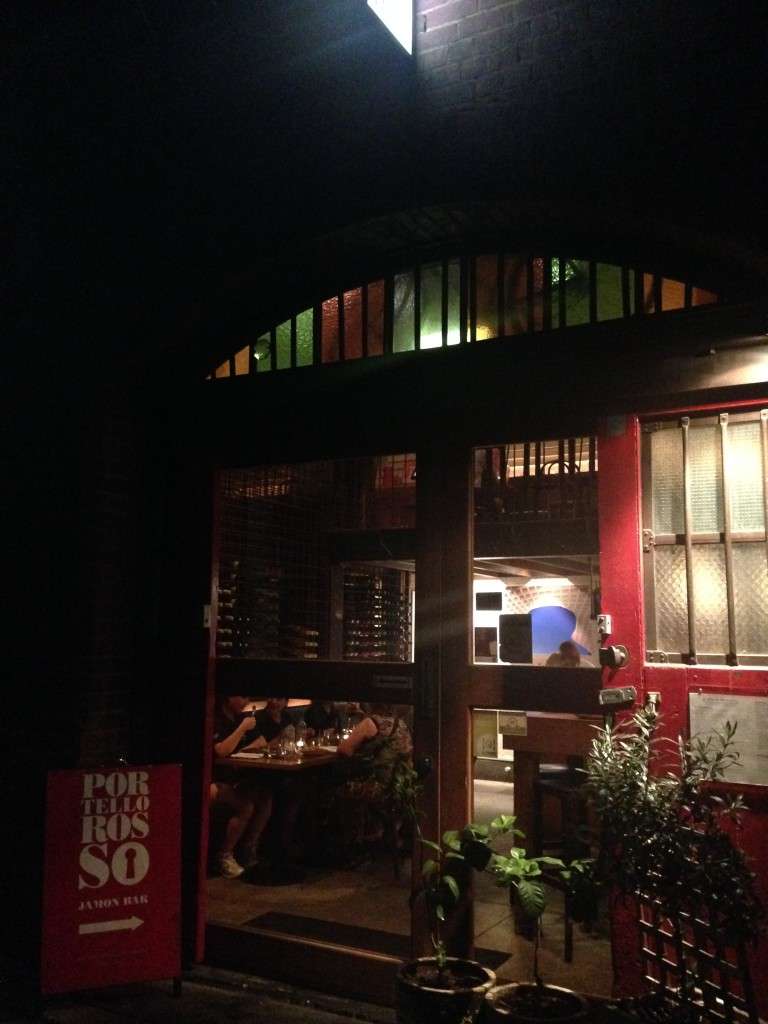 The restaurant itself is quite small with only a large group table on the lower level and then maybe 10 or so tables on the upstairs area. We did go on one of the hottest nights, so the air con must have been working in over drive as the restaurant was a bit on the warm. The tables are located quite close together which makes any intimate conversation almost impossible. 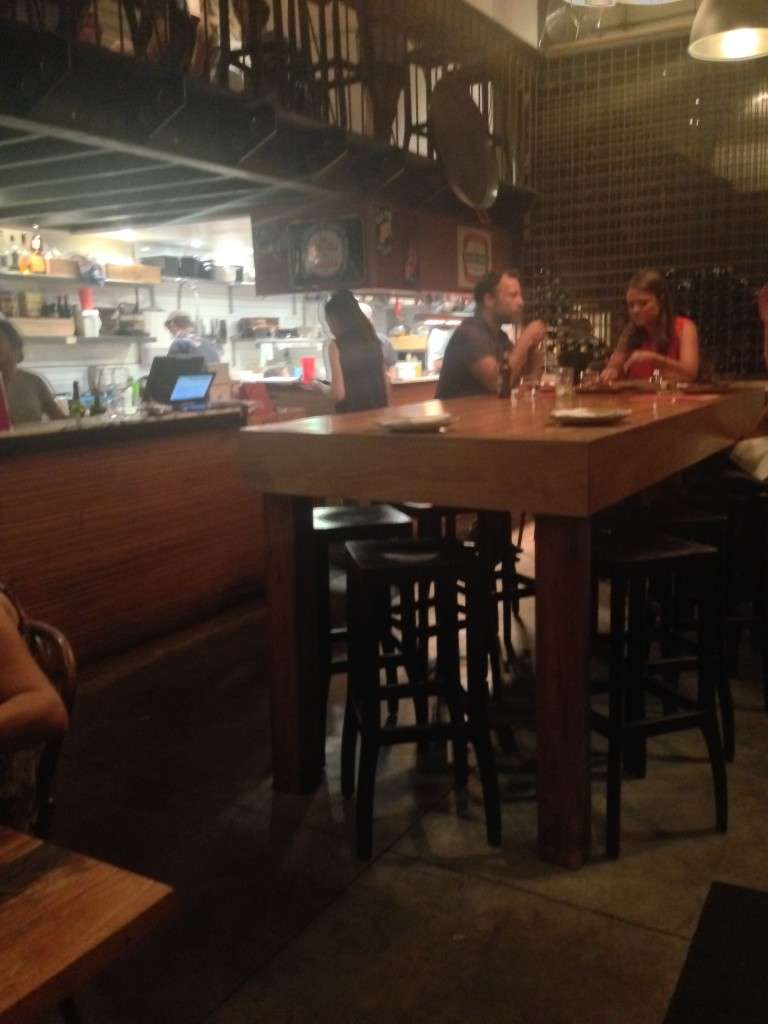 I find tapas are the perfect dishes to keep conversations going around the table. The wine list is quite small, with a few different varieties (mostly Spanish wines) to choose from. Since we aren’t too knowledgeable on Spanish wines, we went with the waitresses recommendation. The wine took quite a while to come out, however once we finally got it, it was a beautiful crisp and fruity blend (great choice!).

We ordered a variety of different entrees, which were brought out as they were ready. We started with the Tortilla which was a spanish style frittata with onion jam. It was a beautiful combination of sweet and savoury with the added jam to accompany it. 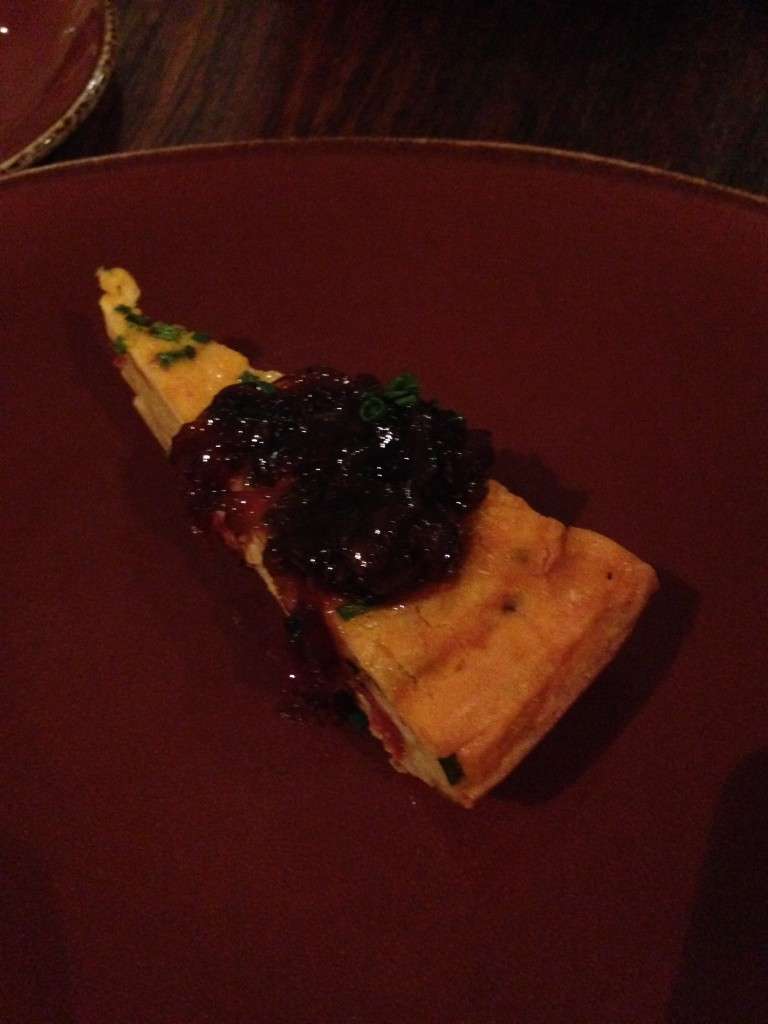 The next dish out was the Migas de Pato, which was a warm duck salad with tomato, spanish onion and fresh herbs. The dish itself was quite tasty however it was an extremely small portion size for the amount they charged for it. I would have loved to have tried more, however the price was just too much to order another dish based on the amount received. 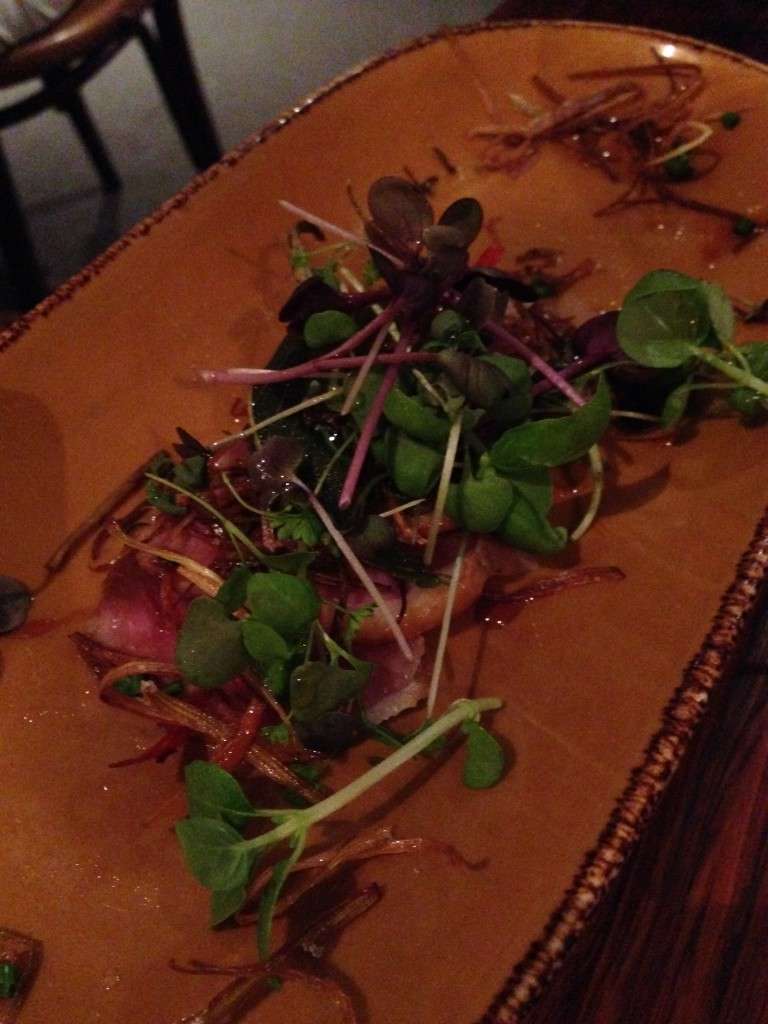 Next up were the gooey Croquette de Salchichon. They sizes were large based on the price they charge and the combination of salami and smoked cheddar were an amazing combination. The aoli to top it off was a great touch to finish off the dish. Definitely worth trying. 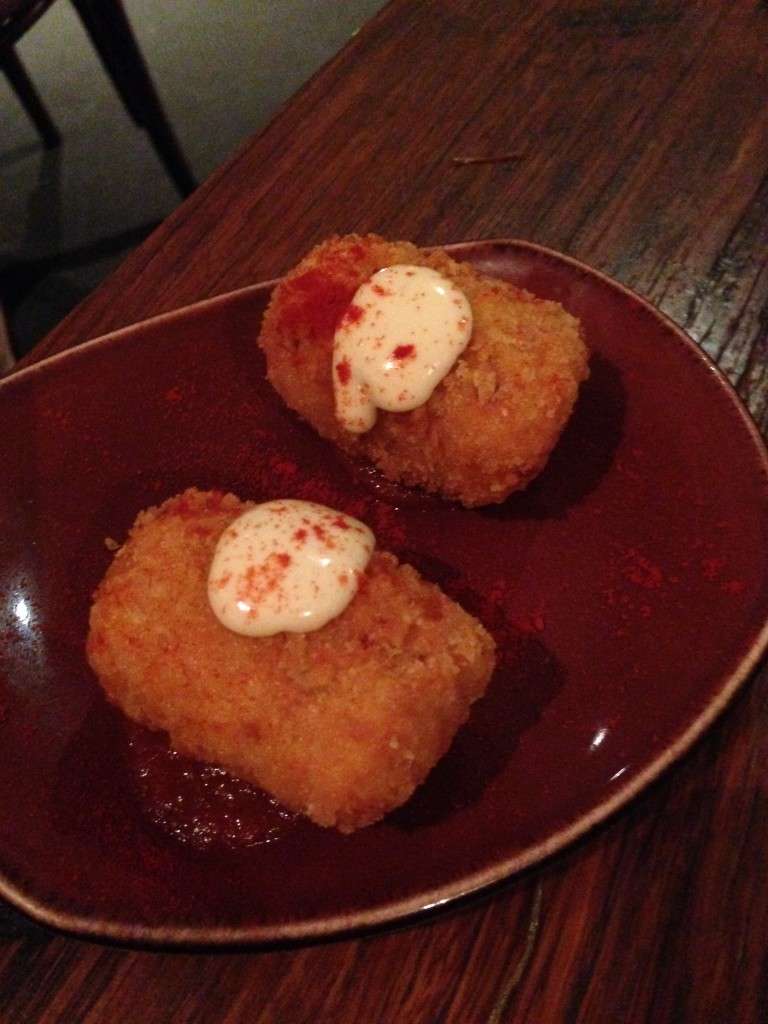 One of my favourite dishes of the night was the Empanada. This was a spiced wagyu with pinenuts, sage and cardamom ketchup. The wagyu was absolutely breathtaking and melt in your mouth cooked to perfection. The bread was perfectly cooked and exactly what you would expect from an empanada. It didn’t look like the most appetising dish when it came out but flavour definitely makes up for it. 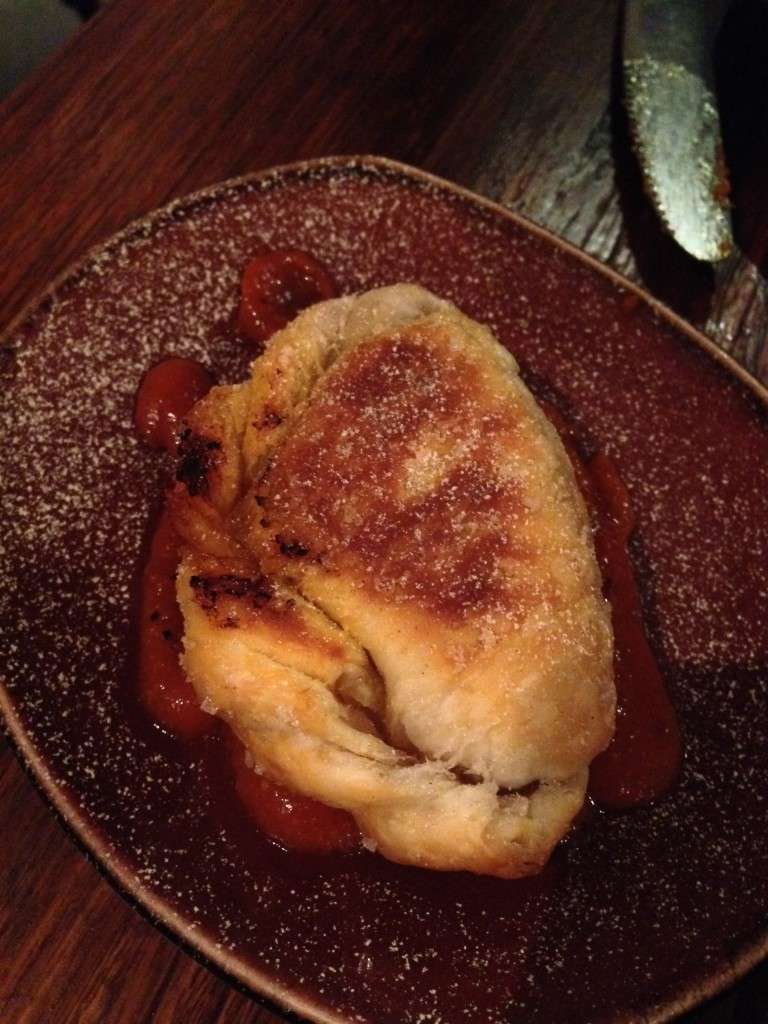 Next up were the Albondigas. These are pork, veal and mint meatballs in sofrito. This was probably my least favourite dish of the night. There was something in the meatballs that just didn’t work for me. They were a decent size, just not my favourite flavour. 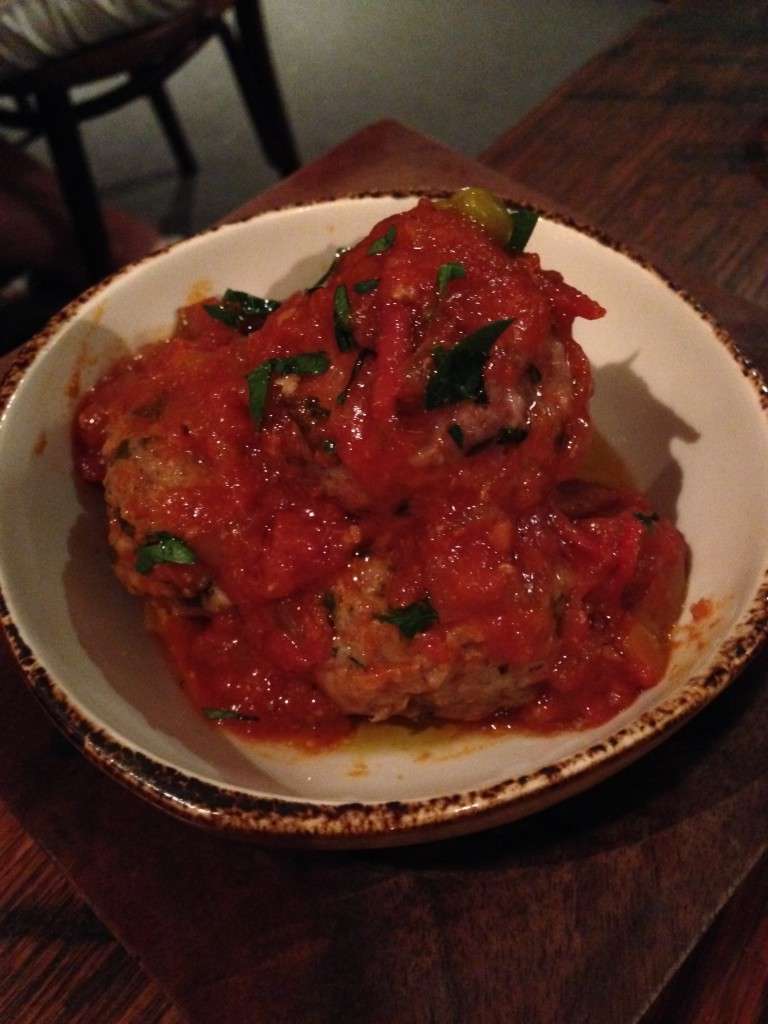 The service is very laid back and friendly. It did however take quite a while for our bottle of wine to come out to the table, to the point where we finished two dishes before the wine came. We also unfortunately never got our marinated olives that we ordered. We had to ask for them at the end of the meal (which was a bit disappointing since it’s something you would expect to eat at the beginning). Other than that, the service was attentive and fantastic.