Last night the biggest awards in Hospitality were held to recognise the best of the best in the industry. Held at the beautiful Plaza Ballroom on Collins Street, this Black Tie affair brought Melbourne’s most noted restaurateurs, chefs, baristas and the like together from around Victoria to celebrate another year of hard work. 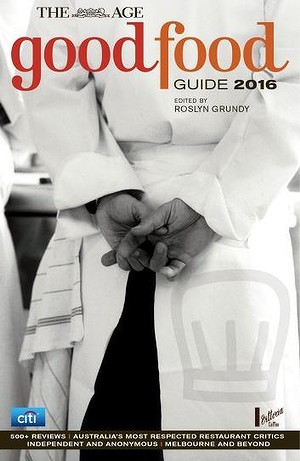 Opening it’s doors in January, Minamishima has brought Japanese dining to a new level. With excellent sushi, outstanding service and a creative word of mouth system to get bums on seats, this restaurant has been awarded with not only two hats in less than a year of being open, but has also won Restaurant of the Year & Service Excellence Awards.

New to the Melbourne scene, this modern fit out Italian restaurant ticks all the boxes. The restaurant goes by a minimalist vibe, showcasing their amazing pastas, flawless service and right in the heart of the CBD.

In order to be crowned the Chef of the Year award, the chef must set new standards, create innovative new flavour combinations and add a bit of something ‘extra’ to the Australian dining scene and Brae’s Chef Dan Hunter does just that. Living in regional Victoria, Hunter uses much of what is around him to create impeccable dishes, capturing Victoria’s produce at its best.

Other awards throughout the night consisted of:

Young Chef of the Year – George Tomlin, The Town Mouse

The Age Good Food Guide 2016 will be available for $10 with The Saturday Age on Saturday, September 26 from participating newsagents and supermarkets while stocks last. It can also be purchased in selected bookshops and online at theageshop.com.au/agegfg2016 for $24.99. #goodfoodguide