I was in charge once again of finding our dinner location on a Friday evening. With 3 hungry boys and myself we wanted to try somewhere new and have had Touché Hombre on the list for quite some time. I was quite skeptical of booking from all the reviews I’ve read about this place, however we weren’t looking for anything over the top tonight and thought we’d give it a go. 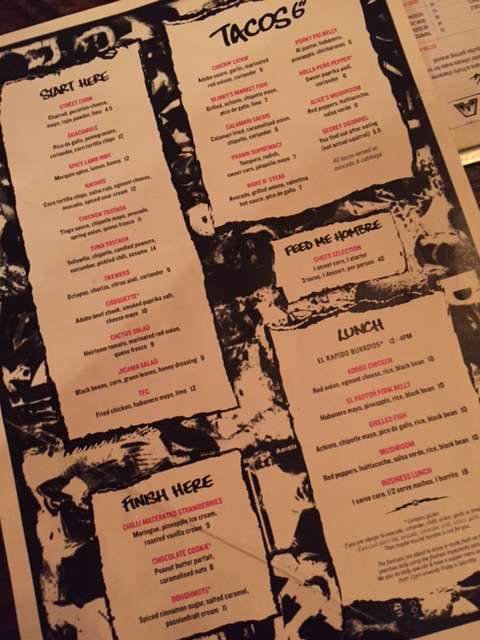 I had made a booking online for 4 and was advised that we would possibly be seated on a communal table. With fingers crossed, we arrived at 8pm, in the hopes we would be seated alone. Unfortunately for us, it was quite busy and were seated with another two guests.

The space is quite narrow with long wooden tables and chairs, plus a few tables that are elevated up a bit higher. At the far back, there is a large booth area for larger groups to sit. 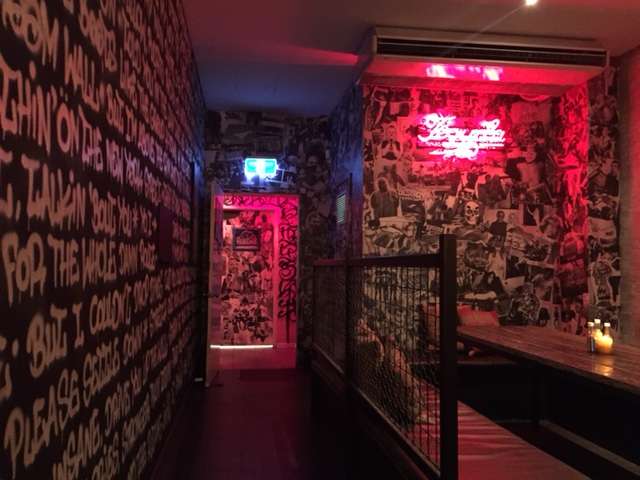 The overall space has almost an old Western type feel with brick walls, exposed ceilings and a massive bar stocked with every type of tequila available. Exactly what you would want from a proper Mexican restaurant. 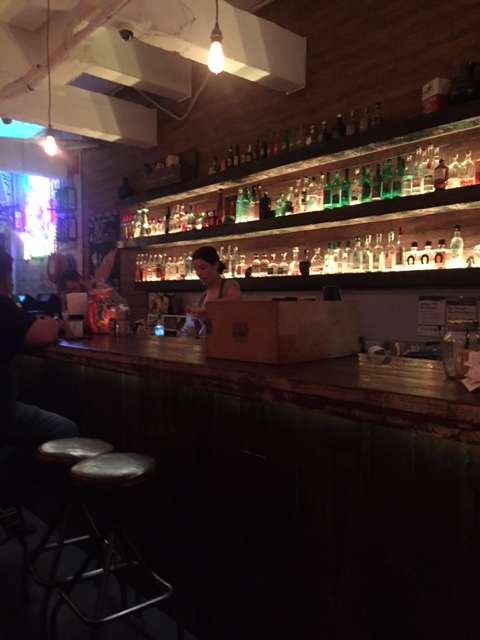 Service I would have to say was so so. We were served by a lovely young lady who explained the menu for us and how to order the food and drinks, however the rest of the staff seemed cold and unfriendly. The waiters who brought the food and drinks to the table didn’t really seem to be enjoying their job, which is a shame.

The menu is quite simple and not overly large, which made making a decision on what to order rather quick. Our waitress had recommended us to go with 3 or 4 of the starters to share and 2 or 3 of the tacos each and maybe a dessert. We went with her suggestion and ordered a variety of starters followed by several tacos for each of us and we would see how we go. To wash down the food, it was only fitting that we ordered one of their margarita chicken jugs! 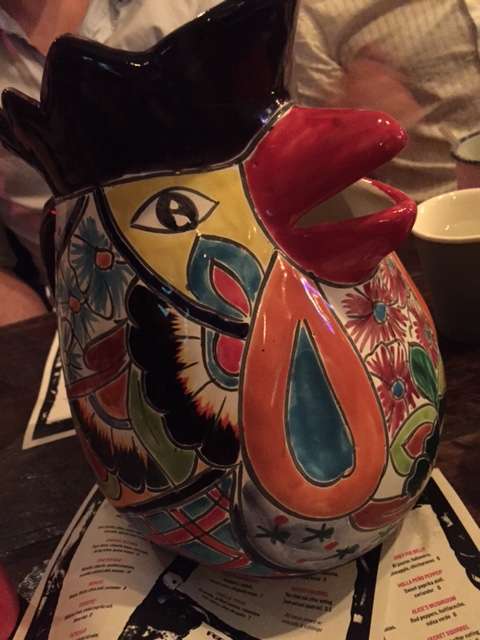 The first round of margarita’s was the ‘Margarita Del Tommy’ made with freshly pressed lemon & lime juice, agave nectar, agave sec & Espolon Blanco served on ice with a salt rim plastic mug. This one went down rather quickly so a second jug was in order. Up next was the ‘Blood Orange Madagascar’ with freshly pressed blood orange juice mixed with Pierre Ferrand Dry Curacao & José Cuervo Tradicional served on ice with vanilla scented straws (I thought the vanilla scented straws was a fun added touch!). I will admit the cocktails were quite tasty, but at $70 a pop, not quite sure if I’d go back for thirds… 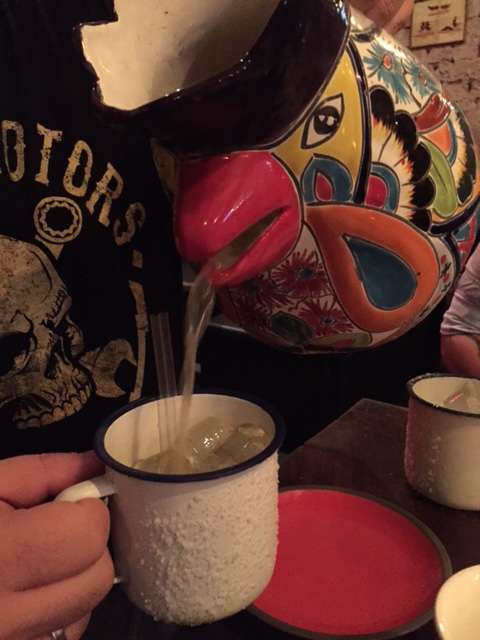 Now for the food. When you think Mexican, you think nachos right? So we decided to start with their version of ‘Nachos’ served with salsa roja, egmont cheese, avocado cream, spiced sour cream. Unfortunately this was by far the worst dish of the night. A ridiculously small portion of nachos came to the table with minimal ingredients on it and overflowing with sour cream to compensate for cheapening out on the rest of the flavours. Being the first dish out, it was going to be an interesting night for us. 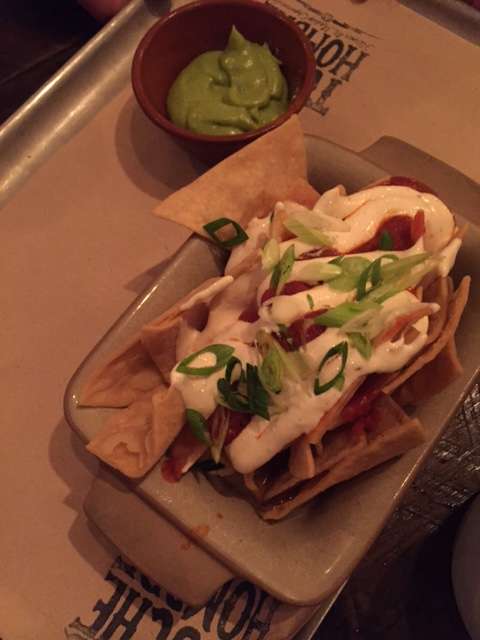 Next was the ‘TFC’, which was fried chicken, habanero mayo, lime. Thankfully this was much better and lifted our expectations slightly! This was loaded with crunch and flavouring and once seasoned with the lime, brought out extra flavouring in the dish. 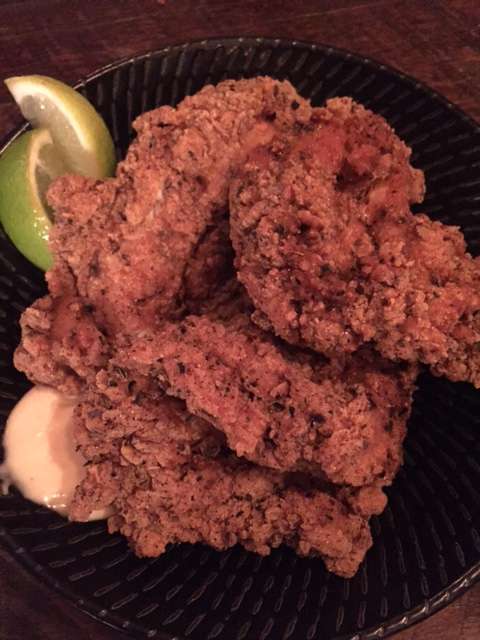 The last to arrive were the ‘Spicy Lamb Ribs’ served with merquin spice, lemon and coriander. I’m not a lamb lover so wouldn’t be able to say if these were good or not, but the rest of the table seemed to enjoy them. They lacked meat, however made up for it in flavour. 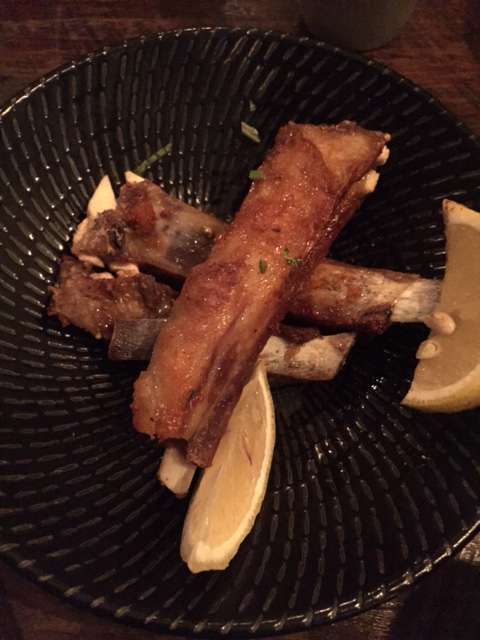 Our last dish of the night was the 6″ tacos and we were all hoping this would be the winning dish as everything so far was quite bland and ‘meh’. Three flights of tacos arrived to the table each with an assortment of the tacos we had ordered. I had done with the ‘Beef Taco’  served with avocado, grilled onions, valentina hot sauce and pice de gallo. Again this lacked flavour and all I could taste was the dough from the taco. 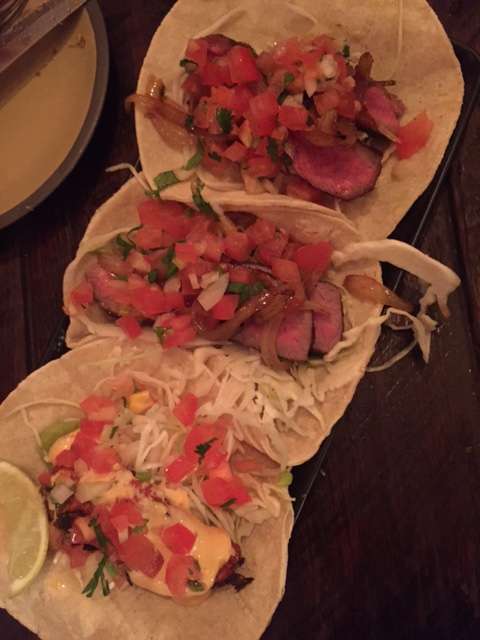 The other tacos that were ordered were the ‘Chicken Taco’ with adobo sauce, garlic, marinated red onions and coriander, the ‘Market Fish Taco’ which was grilled, achiote, chipotle mayo, pico de gallo, lime and the ‘Calamari Taco’ which was fried, caramelised onion, chipotle, coriander. Everyone at the table had mentioned that their tacos were tasteless and lacked any type of motivation in wanting to finish them. You would think a Mexican restaurant would be able to perfect the taco. 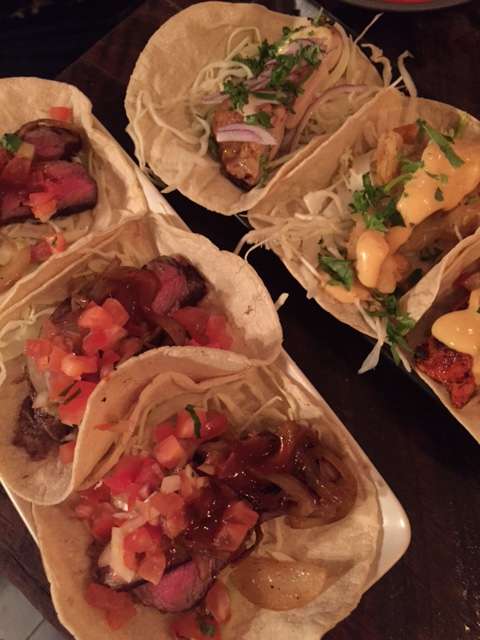 Unfortunately our experience at Touche Hombre has left us hungry and not wanting to come back. The price paid for the amount of food given was ridiculous. I could understand if the food was out of this world amazing, however it was quite average and not even as tasty as some of the ‘street style’ food I’ve had (at way cheaper prices!). 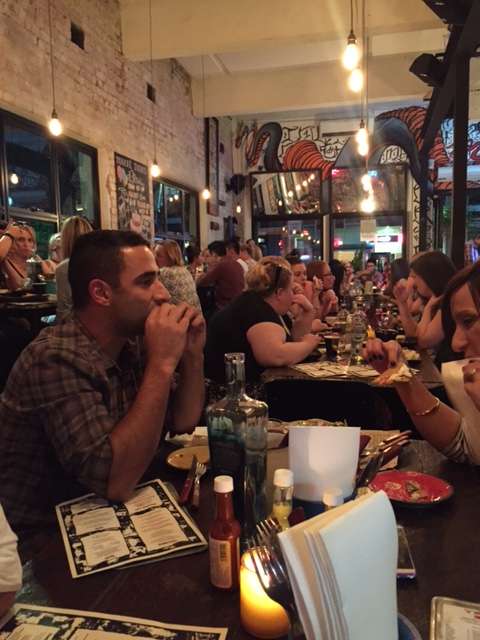 It seems like they are trying too hard to be the next best Mexican restaurant in Melbourne, however their competition do it so much better. Unfortunately we will not be heading back here and have crossed it off our list of recommendations to friends and family.