Atmosphere a 10, but a complete let down by the service and food. Located at the far end of South Yarra, Spoonbill is a stylish restaurant attached to the boutique hotel, The Olsen. On a recent Tuesday night outing, we stumbled across the Spoonbill and thought we’d give it a whirl. Upon entering around 7pm, the bar area was quite full with guests standing around having an after work beverage and a few tables were seated in the dining room. 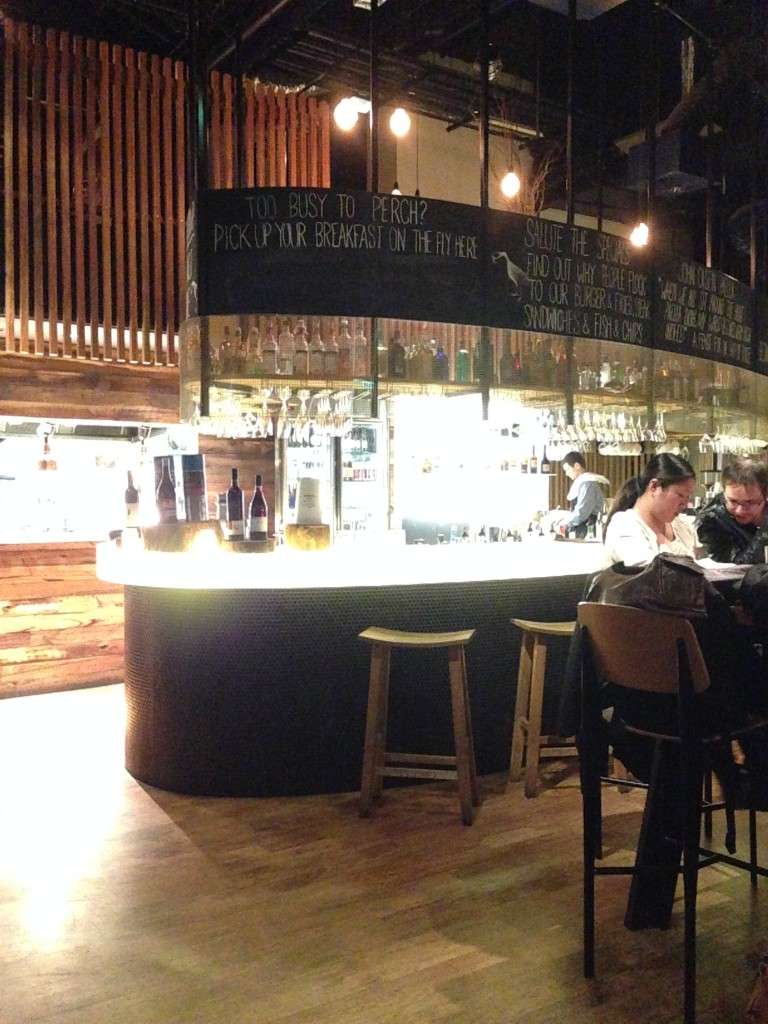 The first thing that caught my eye, was the beautiful wrap around bar in the centre of the restaurant. Chalkboard signage hangs from the top of the bar, featuring all their delicious wines on special. The restaurant itself is split into two sections, the restaurant and the bar, sectioned off by large high back couches. Black ceilings and over-sized hay-like light fixtures hang from the ceiling to create dramatic focal point. 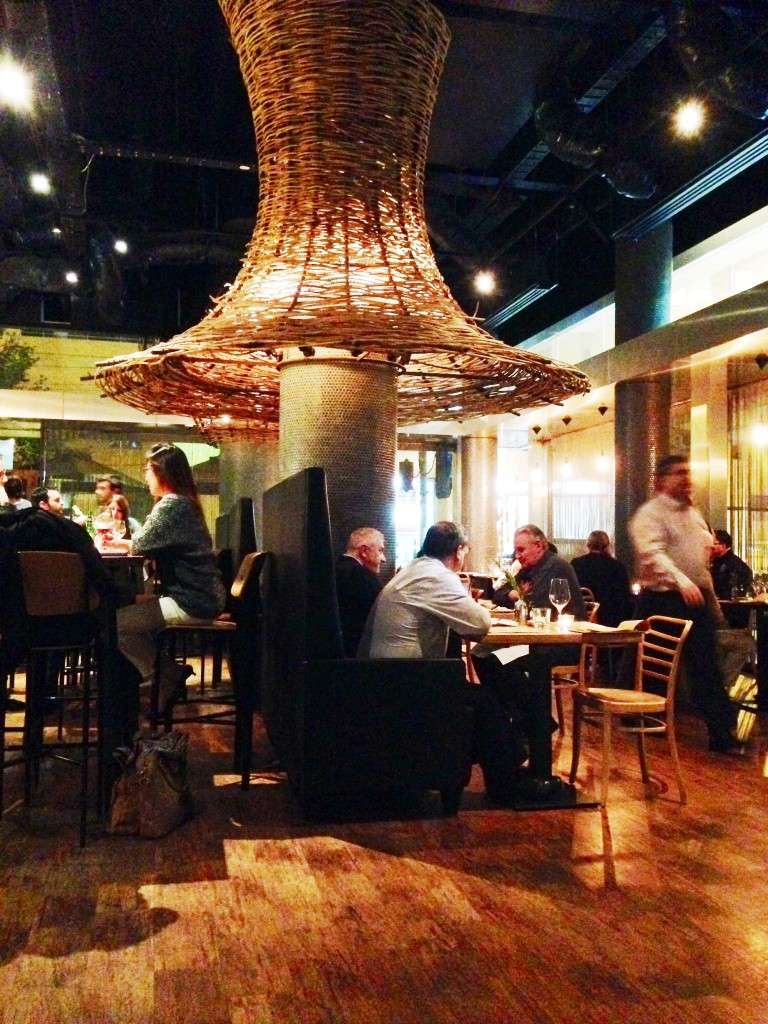 The space itself was designed by Grant Amon Architects to offer a stylish/funky yet cosy ambiance, which is decorated with a mix of both recycled and contemporary furniture.

Once seated, we were offered menus which were printed on recycled paper and a wine list on a wooden clip board. The wine list offered an excellent selection of Australian wines to choose from. We ordered a mix of both tap water and sparkling water for the table as well as a bottle of their Wild Duck Creek blend. 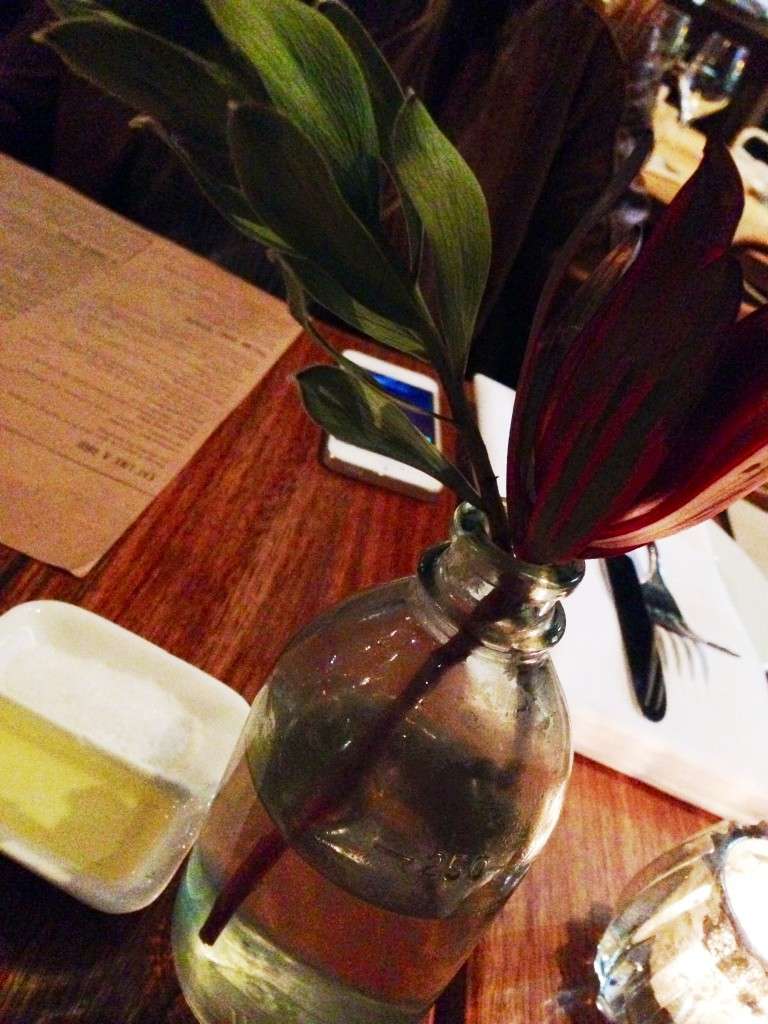 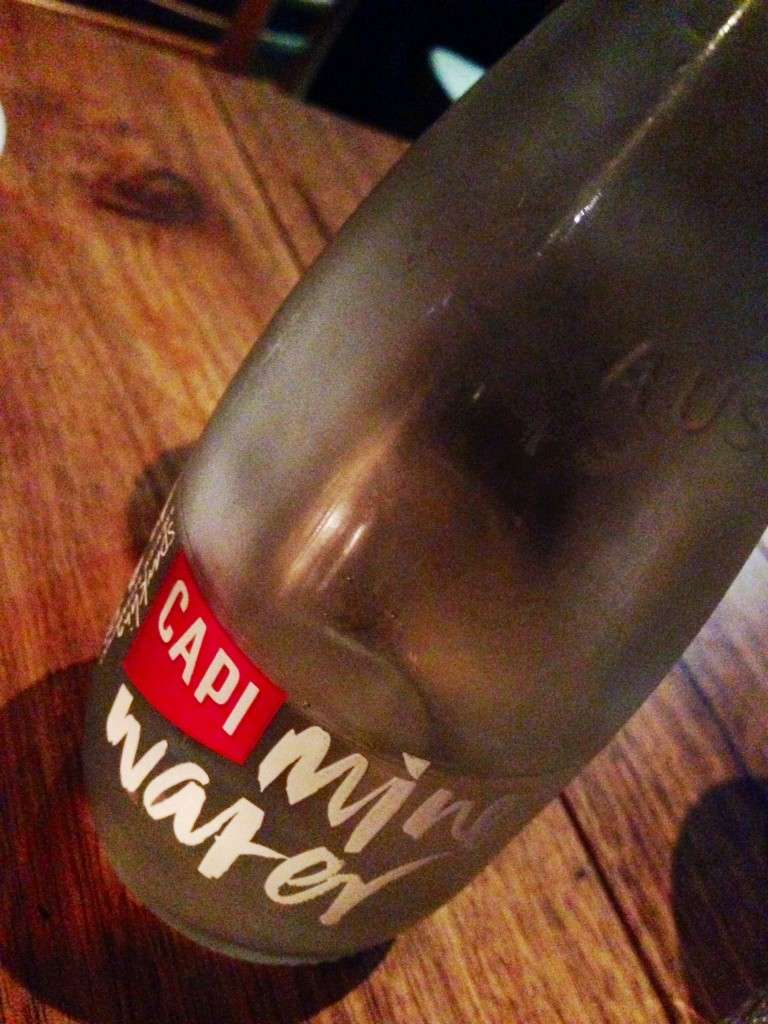 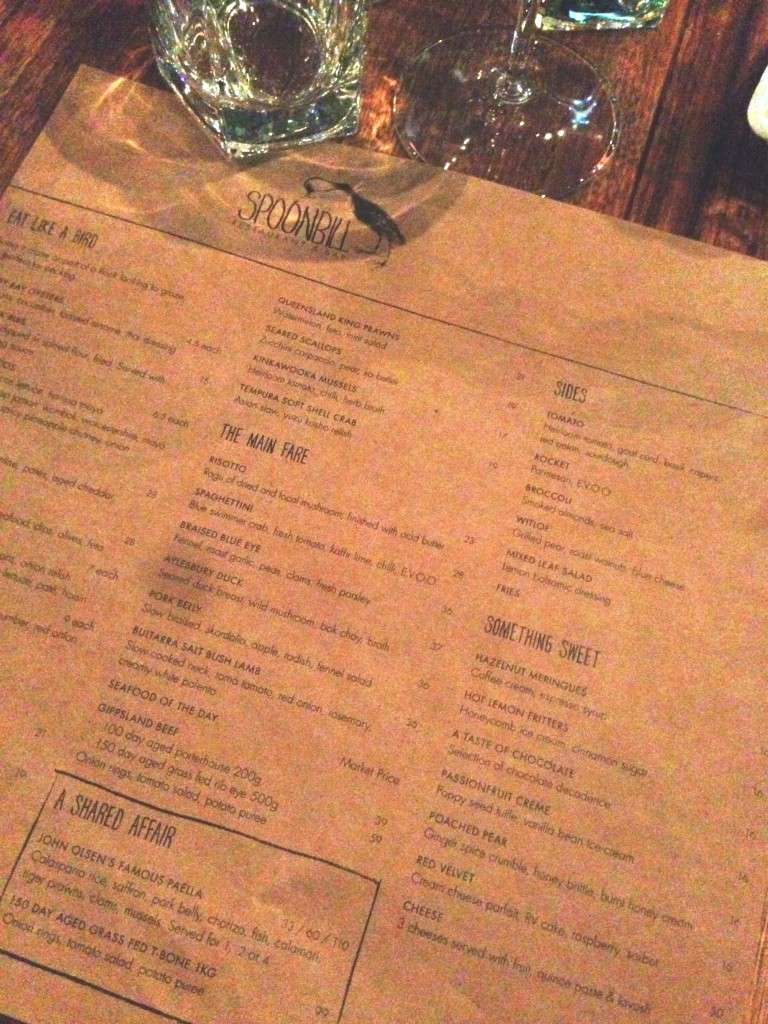 I have a feeling you are supposed to start the night with bread as there was butter and oil on the table for dipping, however nothing was brought to us while waiting for our entrees.

For entree we ordered ‘Tempura Zucchini Flowers’, stuffed with goat cheese which sat on a bed of honey, mint, lemon and guacamole mixture. The flowers were salted perfectly and cooked with a light batter just enough to have a small crunch to the stems. They were on the small size for zucchini flowers, however still tasty. 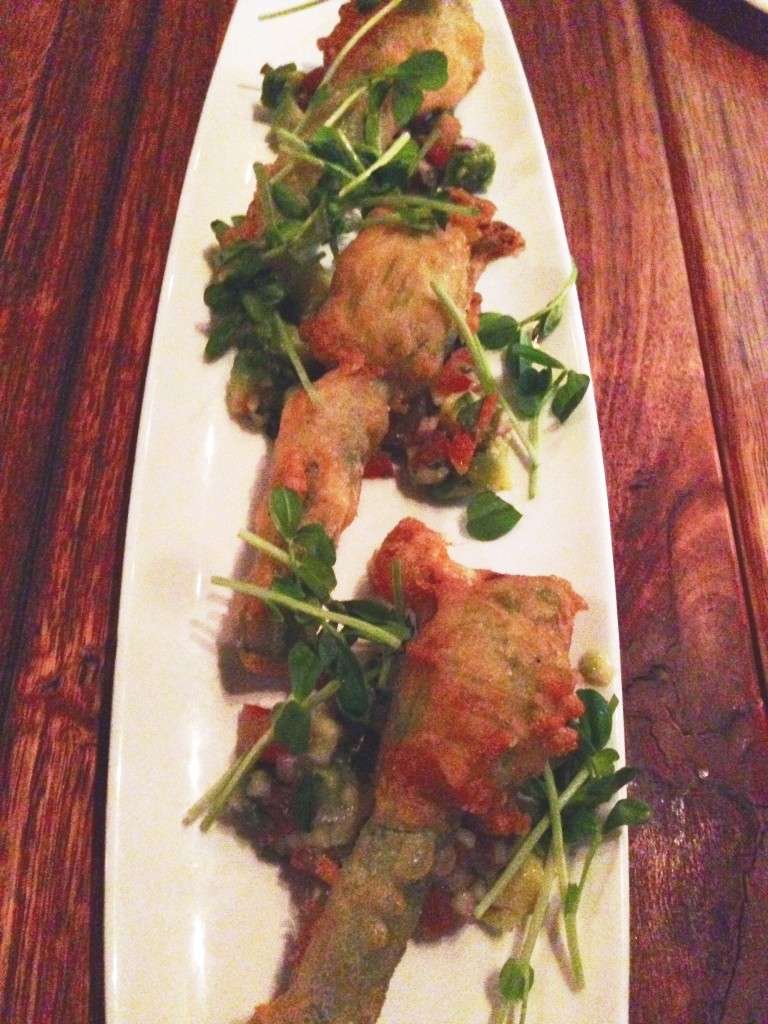 We thought we’d be a bit adventurous and try the ‘Cloudy Bay Oysters’, which were covered with a lemon grass, cucumber, toasted sesame and Thai dressing. Unfortunately this dish was quite average. MC loves natural oysters, however since they didn’t have them, we thought we’d give these a go. Good thing we only ordered two! 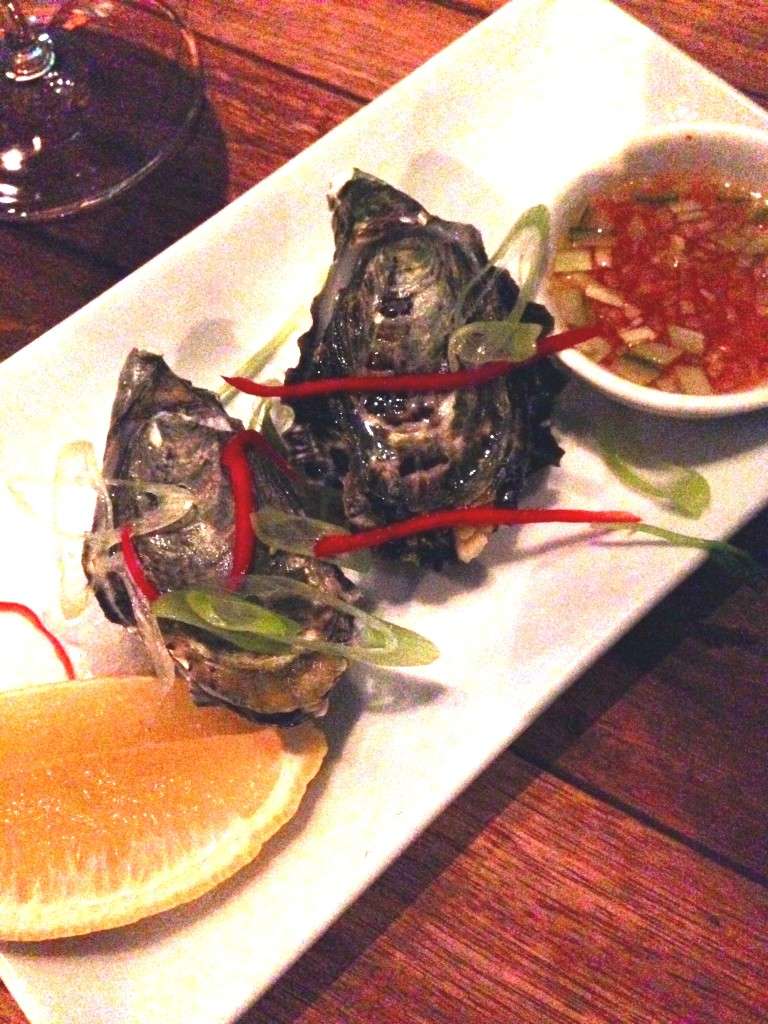 Now for mains. First up was the 500gm 150 day aged grass fed rib eye ‘Gippsland Beef’. This sat on a beautiful potato puree and a side of tomato salad and onion rings. The tomato salad was average and the onion rings cold. The steak itself was cooked beautifully and had the perfect redness to the centre. Worth the price tag of $59? Probably not. 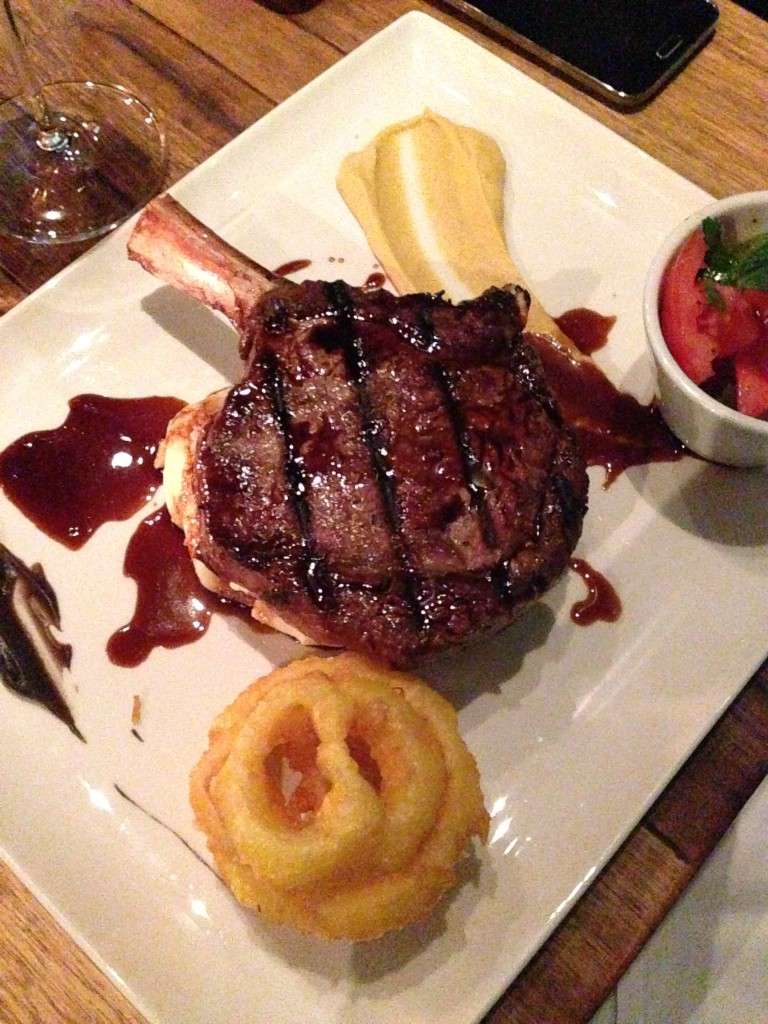 Finally out came my ‘Aylesbury Duck‘. The seared duck breast was served with a large amount of wild mushrooms, bok choy and a sweet broth.  This was probably the most disappointing dish of the night. The duck was covered in chewy fat, the bok choy was under-cooked, and the kitchen must has slipped on the salt because that’s all I could taste. Definitely a disappointment since I was so looking forward to a beautiful duck dish. 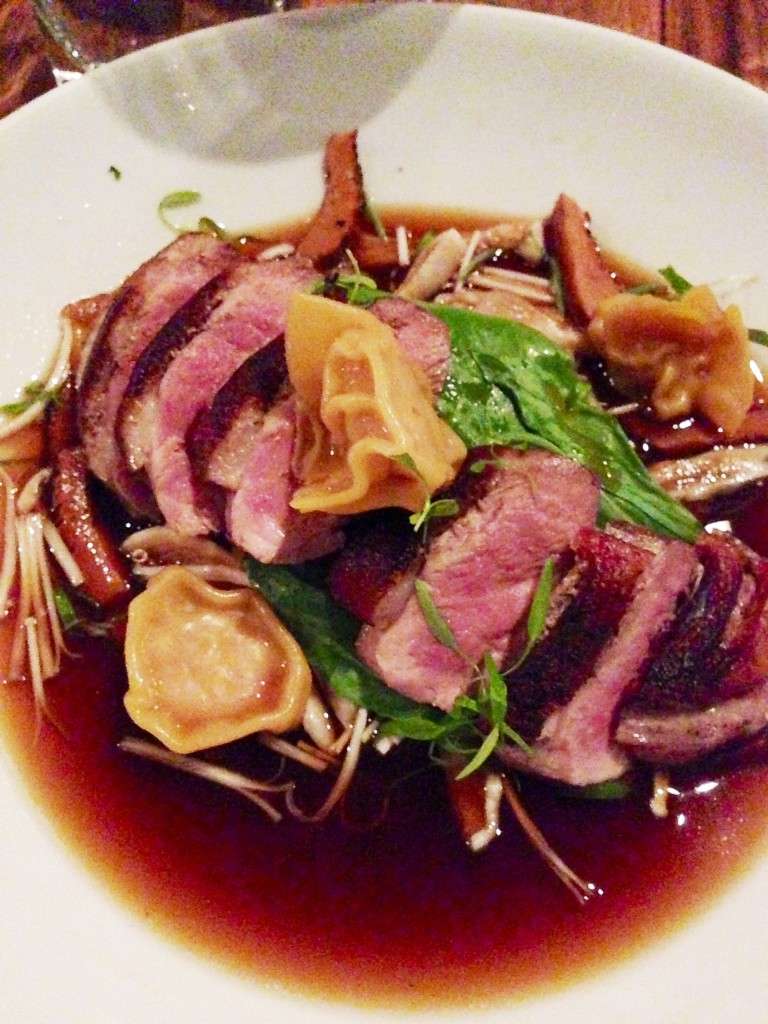 This was the biggest disappointment of the night and is probably the main reason we will not be returning.  Since we didn’t have a booking, we were asked to sit in the corner, which was located next to the entrance to the hotel. There was a serious draft and the creaking of the door was quite annoying and constant throughout dinner. There were several free tables available throughout the night, so not sure why we were placed here.

The wait time for pretty much everything was horrible. It look nearly 10 minutes after sitting down for the waitress to bring water to the table. We waited another 10 minutes for our wine and had to ask where our mineral water was for one of our guests was sitting there with an empty glass. 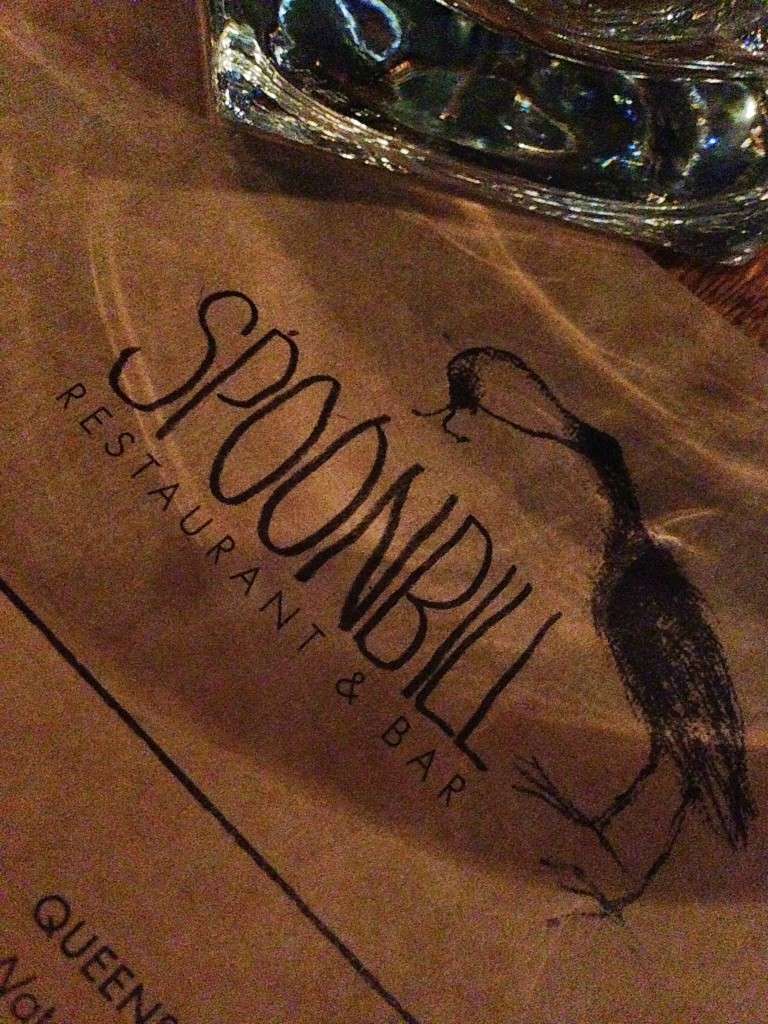 Since we knew this was going to be a long process, we ordered our meal the second she came back with the wine. Nearly an hour later we received our two small entrees. With a restaurant not fully booked, this is not what we expected. Once entrees were cleared, we waited another 30 minutes for our mains to come, which arrived cold.

To top it off, we couldn’t get the waitresses attention to get our bill so had to walk up to the counter to pay. I’m not sure if it was because we were stuck in the corner that we were forgotten about, but I probably won’t be back here anytime soon.