Nice days in Melbourne are far too far apart, so when a nice day comes up on the weekend, it’s almost certain you will find us out at the beach. Since Melbourne isn’t known for their beautiful beaches like some of the other parts of Australia, we decided to spend the day in Sorrento. 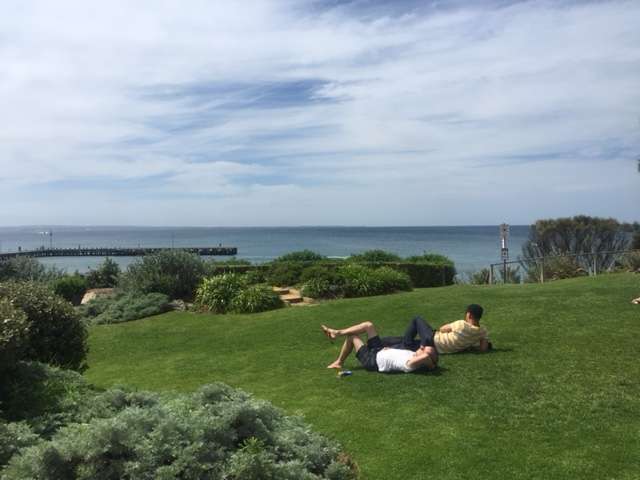 After beach hopping between Rye and Sorrento, it was time to grab some lunch before the weather changed. MC had been to the Portsea Hotel last summer with some friends and had said it was good from what he remembered.

The space has a very laid back, beach type of feel, which is very fitting for the surrounding area. It was a bit on the cool side, however the sun was shining and the outdoor courtyard space was full.

Over sized picnic tables fill the space with large Corona umbrella’s and fake grass. The tables overlook the ocean, which is a beautiful view for a weekend lunch in the sun. I didn’t have a chance to venture out to the indoor area, however could imagine the beach feel would carry through the space. 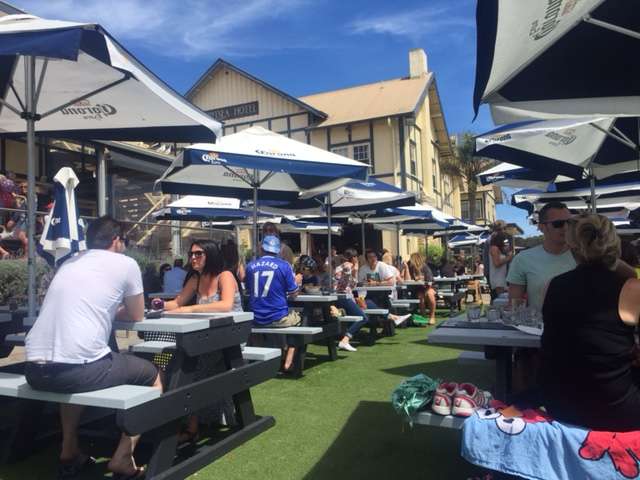 The service was that of a traditional pub, where you order your food and drinks at the bar and the only real interaction is when the food is brought out.

The menu is all things pub. Focusing on the beautiful food from the water as well as local favourites like pulled pork burgers, parmas and healthy salads. AP decided to go on the healthier side and order the ‘Ceaser Salad’ with homemade croutons, shaved Parmesan, egg and anchovies. Portion size was quite generous and the dressing was quite tasty. 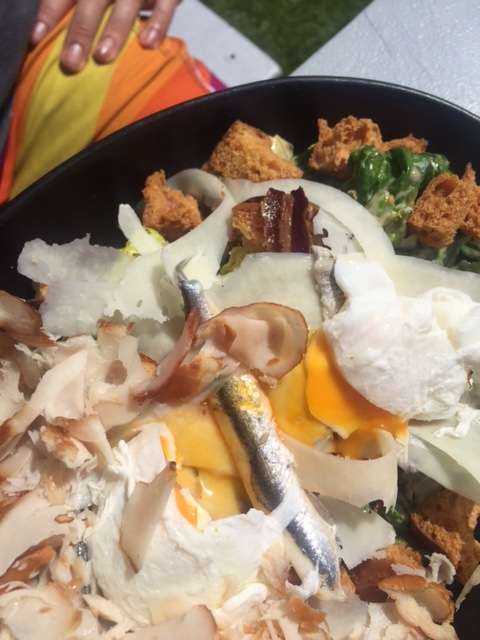 I wasn’t overly hungry so thought I could go with the ‘Tomato Bruschetta’ served on toasted sourdough bread, with Cape Schanck heirloom tomato & basil with Meredith goat’s cheese & vincotto. The vincotto was a bit overpowering but overall jam packed with flavour and very fresh. 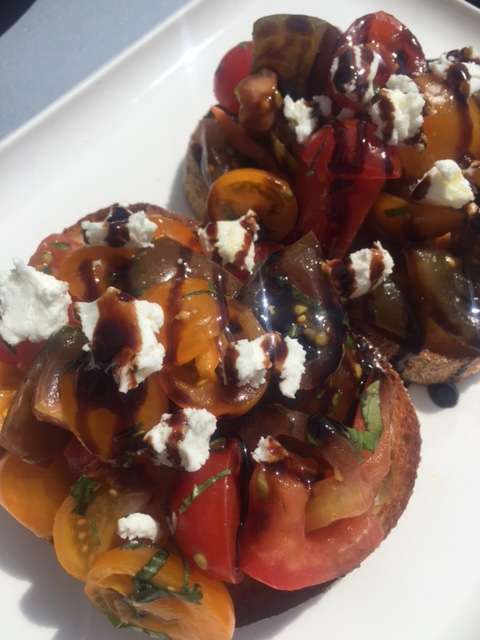 MC went with the ‘Salt & Pepper Calamari’ which was Semolina dusted & fried calamari with Asian slaw, fried shallots & wasabi aioli. And just to keep us held over for the drive home, we also ordered the kiddies chicken nuggets with chips to share. Which I’m not going to lie, were actually quite tasty! 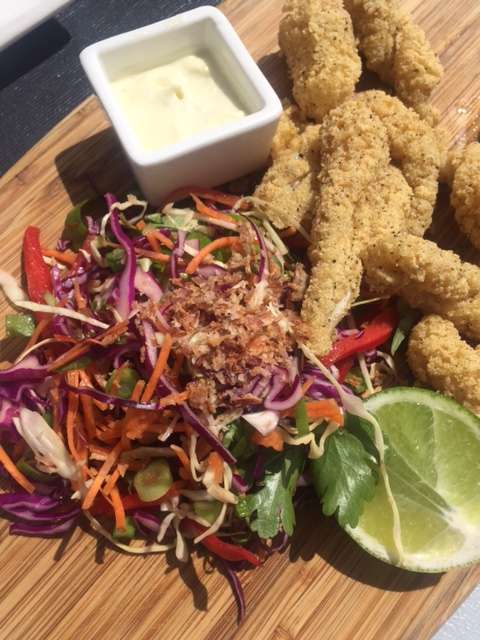 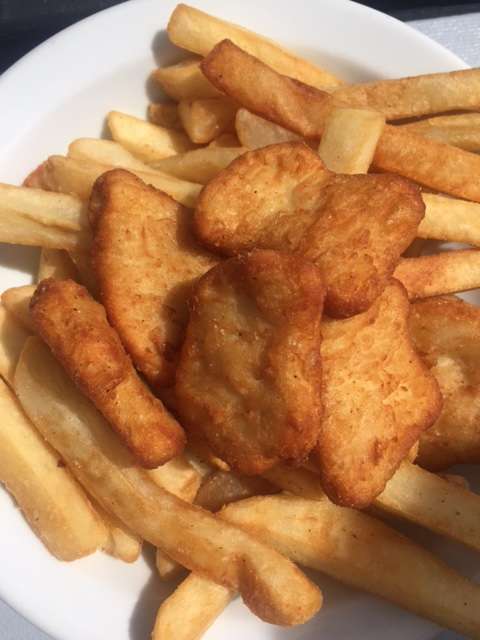 Overall we had a lovely afternoon a the Portsea Hotel. We don’t really ever get a chance to go down to the Mornington Peninsula, however if we are back in the area, we will have to swing by for a drink and the amazing view.