The Melbourne Food and Wine Festival is probably my favourite food festival of the year! With so many one off events, long lunches and special lunch deals, there is something going on every day during the two week festival. This year I was invited along to check out the first of the Crawl ‘n’ Bite events of the 2015 festival. This event showcased popular laneway restaurants Sarti, MoVida Next Door and Supernormal. The event sells out within days of going on sale, so you need to be quick to purchase tickets.

We started the night at Sarti, which is one of my favourite Italian laneway restaurants. It was a beautiful night so the restaurant had booked the group out on the rooftop area to enjoy the perfect weather. The space was set with several tables outside for us to use while we enjoyed the canapés and a bottle of Aperal Spritz served in small glass bottles. 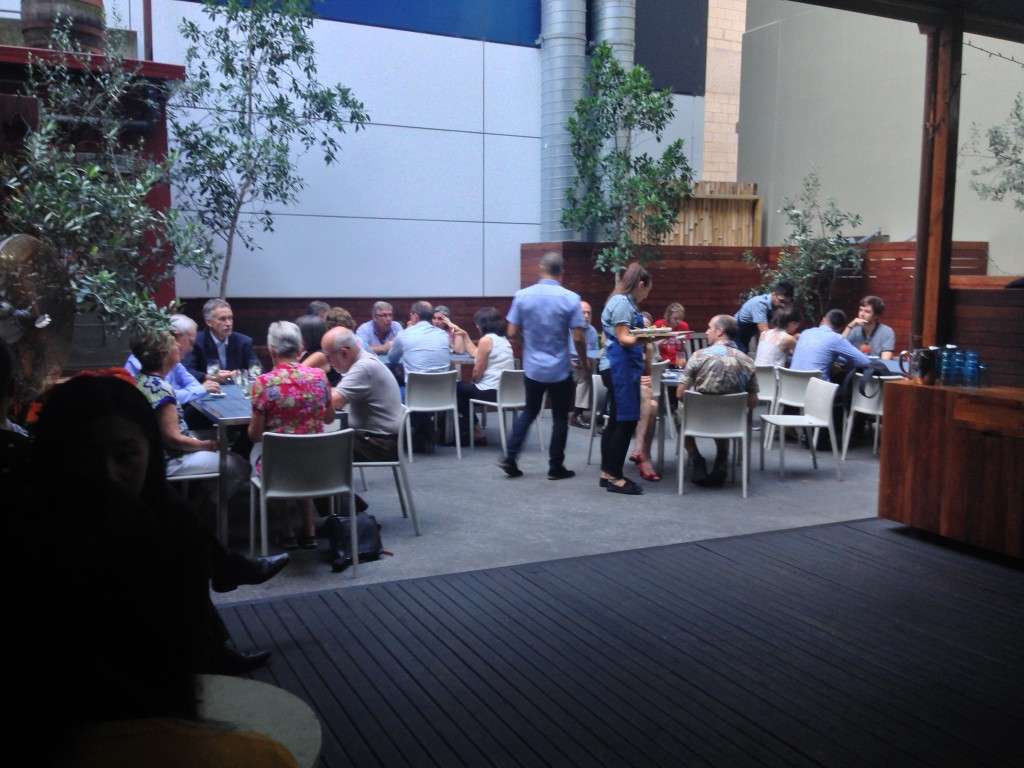 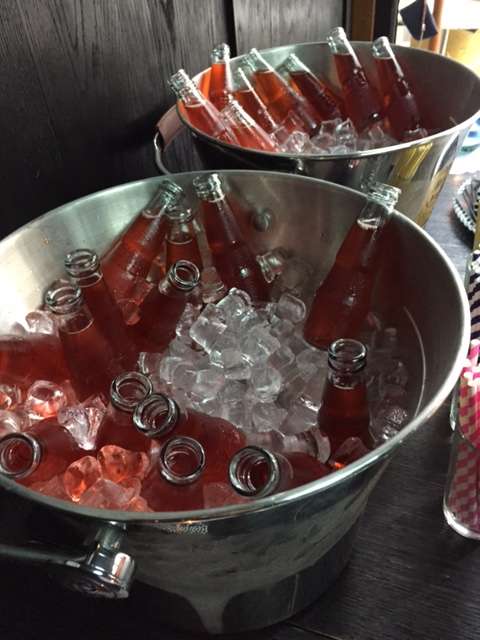 A variety of canapes were served once everyone arrived including cured ocean trout with crackling and avocado puree, crocchettes filled with potato and cheese and a beautiful fig and mascarpone tart to finish. This was the only restaurant that served a dessert, which was nice so we didn’t fill out up sweets the whole night. They did a fantastic job in choosing the best dessert to accompany the rest of the dishes. 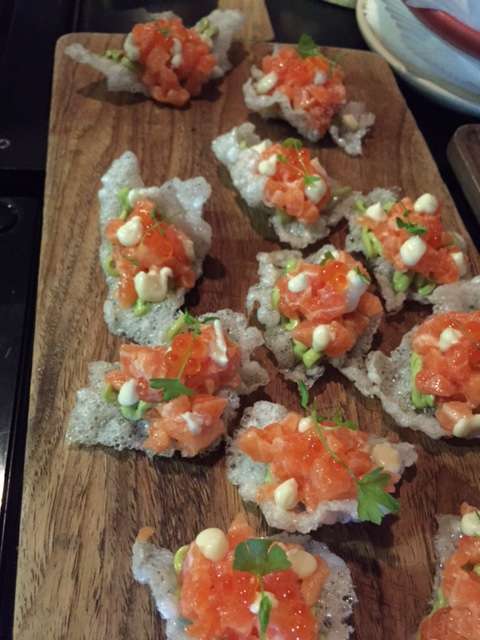 Once it started to get dark, an old Italian film started to play in the background, which added  a beautiful rustic vibe to the outdoor space. The service was fantastic with the waiters going around to make sure everyone had a drink in hand and were enjoying themselves. 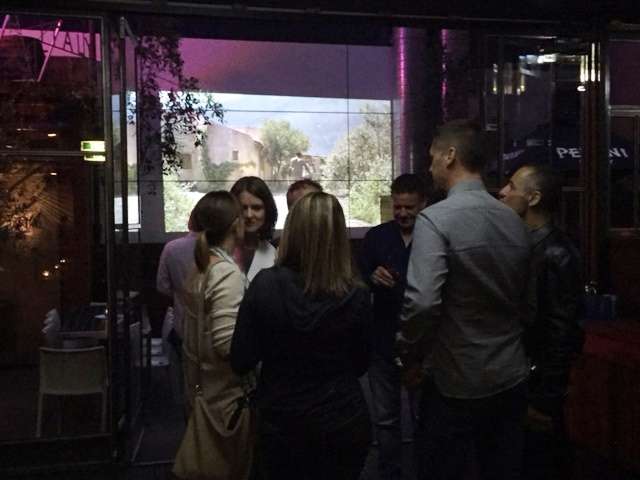 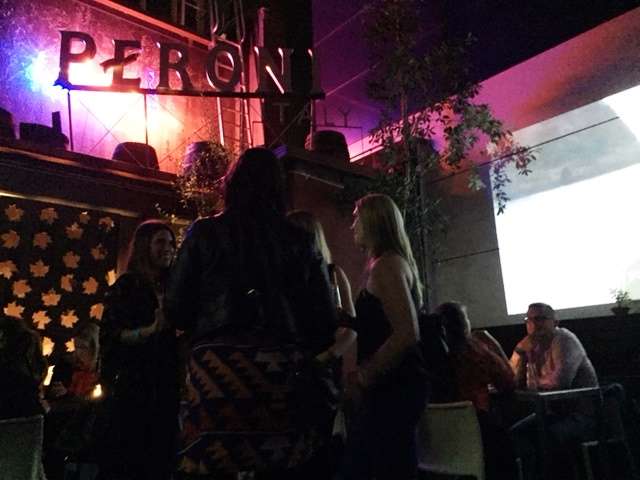 After our 30 minutes were up at Sarti, the group made their way to MoVida Next Door. Located down the notorious graffiti laneway, we were greeted with friendly smiles from the staff. This is a much smaller restaurant, which seats maybe 40 people on long wooden high top tables. A refreshing sherry cocktail was served with lemonade, soda water and fresh lemon and limes. 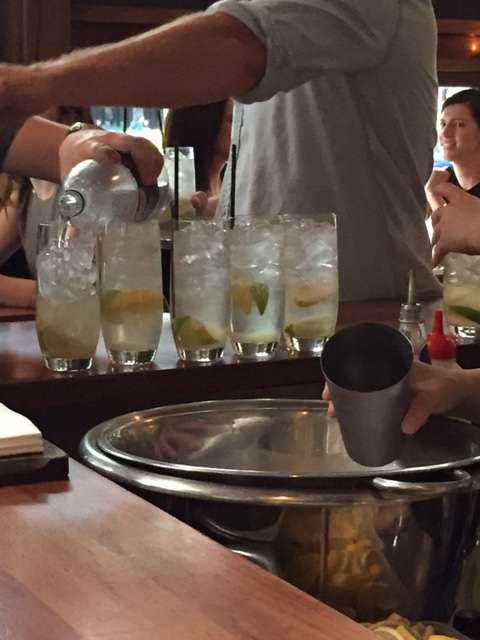 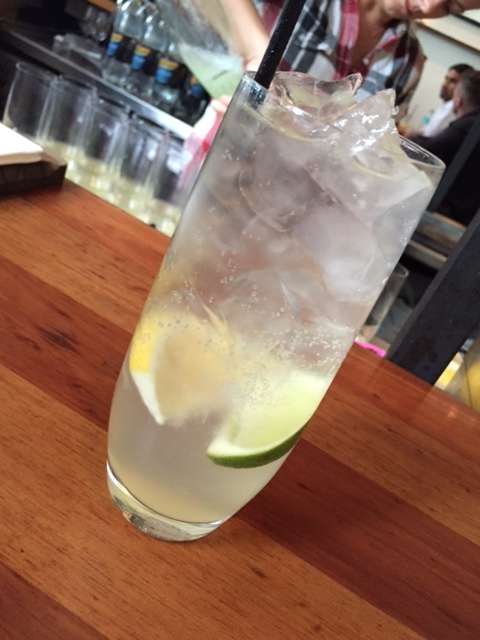 They presented their food differently than the other two restaurants. Instead of bringing the food out separately, they created a beautiful presentation of three small items all on one dish. They had a tasty arancini ball topped with a homemade aioli, a slightly seared scallop, and finally a thin bread crustini with anchovies.

Since I don’t eat seafood, I was given some beautiful green peppers that were lightly fried and salted. They were more sweet than hot and I surprising enjoyed them quite a bit. I was also given a beautiful poached fig with honey and nuts. AMAZING! This was probably the highlight dish of the night for me. 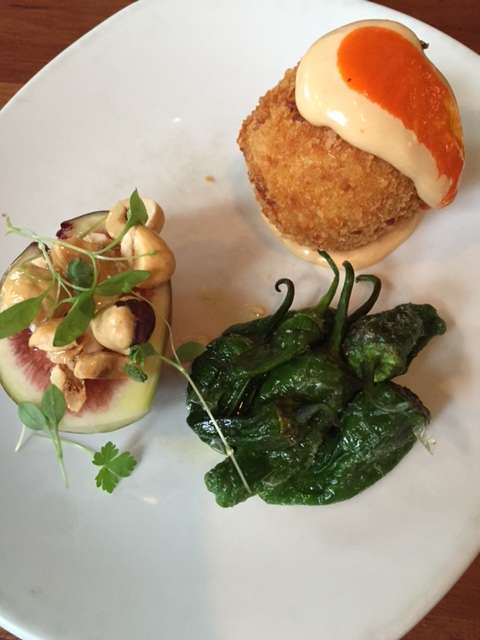 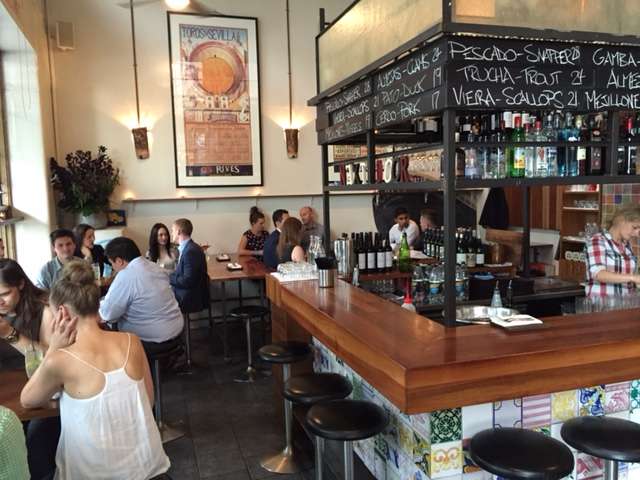 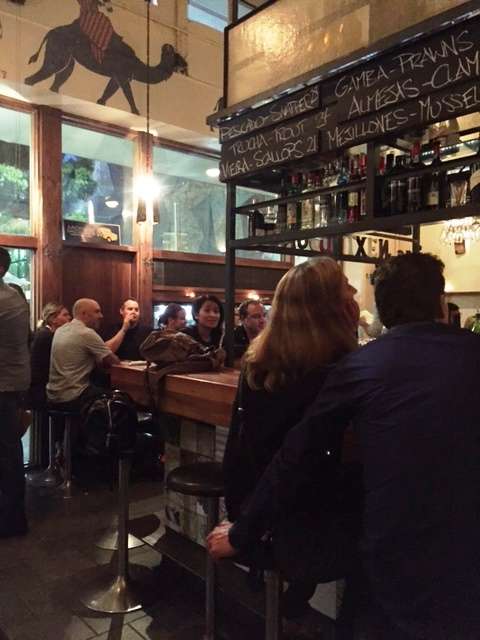 Our final stop of the night was Supernormal. I’ve never been, so it was a good chance to check out their food and atmosphere. We were greeted my a bring pink neon sign and a note that featured their famous lobster rolls. 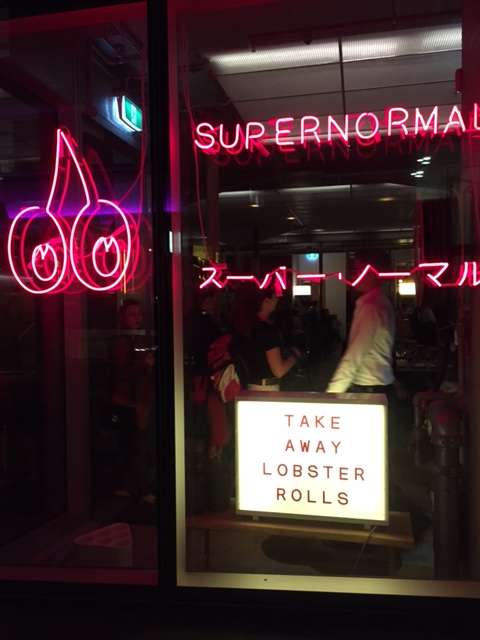 Once inside, the first thing that stood out to me was the large open kitchen bar that ran across the entire side of the restaurant. As any Asian style restaurant, there is ample bar seating to sit and watch your food being cooked. I was quite excited when we walked in to see what was to come and be part of all the action. 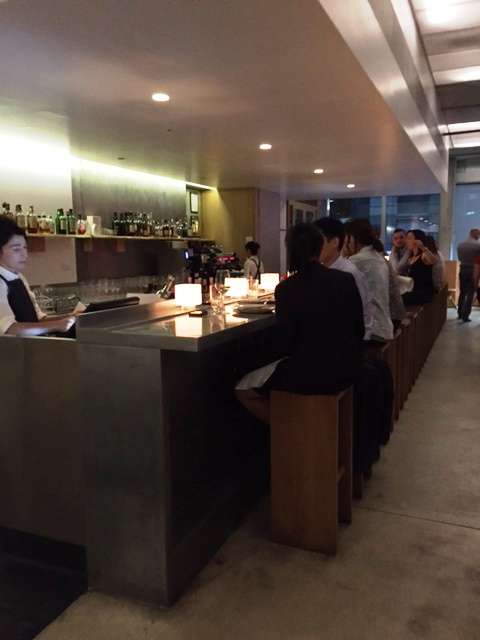 Unfortunately we were brought to a very basic private room downstairs with low ceilings and very plain compared to the upstairs. Was a bit disappointing, but made the most of it. As we walked into the room we were offered a glass of white wine or iced tea with vodka. As we entered the room, karaoke was up and ready to go for us to enjoy. 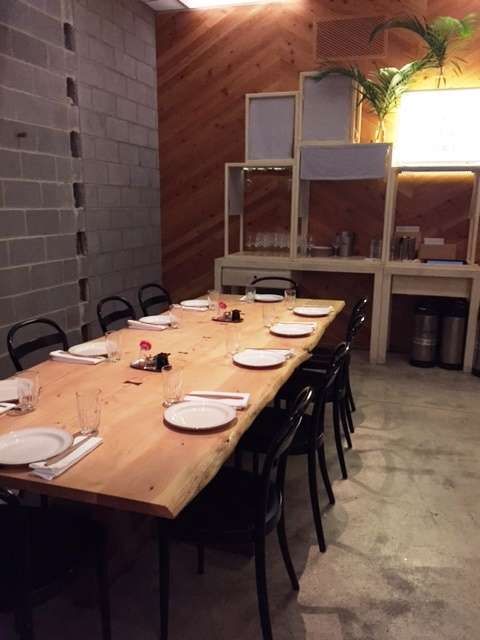 We were served two small canapes including their famous lobster in a slider as well as a meat skewer that was heavily coated with sauce and pepper. I missed out on the slider, however the skewer was quite tasty and very juicy. 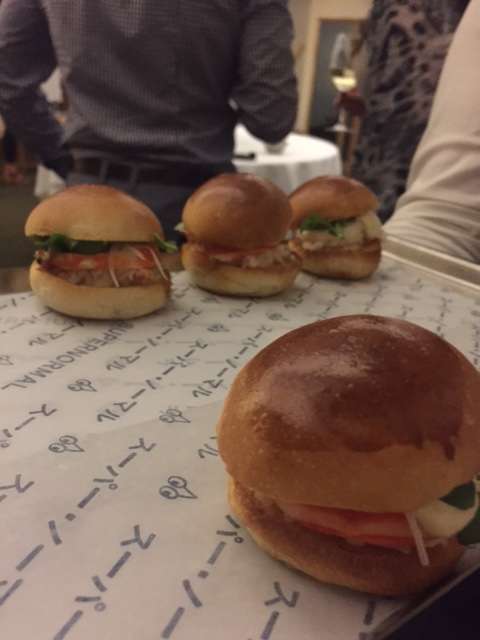 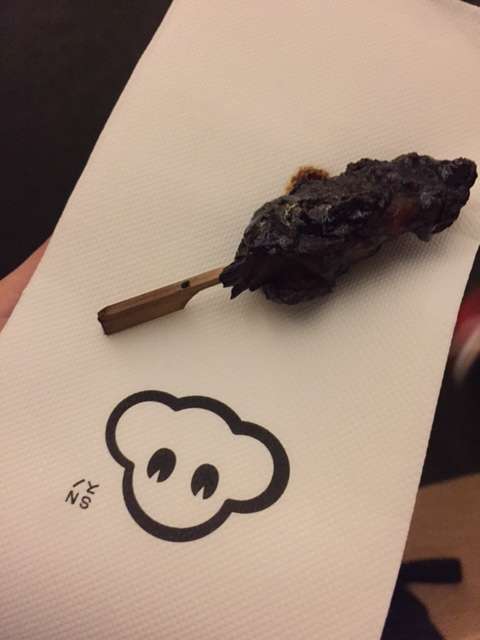 Overall, this is such an amazing event that the Melbourne Food and Wine Festival host each year. They have a variety of different restaurants that participate in the event over the two weeks. Next year, I might try to partake in a few other crawl ‘n’ bite events  since it’s a great way to sample different restaurants all in one night.