With nearly a decade under their belt, the 2014 Electrolux Appetite for Excellence Awards were announced Monday night. With this years gala held at the new Stokehouse City, Young talent from across the country have come together in anticipation to hear who won the 3 main awards of the evening.

With new talent hitting the industry daily, this is an opportunity to really let our talent shine through and be recognized. The 2014 Electrolux Appetite for Excellence winners are:

The judging panel consisted some of the top names in our industry from Guy Grossi, Peter Sullivan and Lucy Allon. The big win came from Troy Rhoades-Brown, who was named the Young Restaurateur from Muse Restaurant. He has been awarded $8,000 to be used to invest in his restaurant as well as an additional $5,000 to be used for kitchen appliances. To top it off, he has been awarded with an all expenses paid trip to the Asia 50 Best Restaurants event in Singapore, where he will mingle with top Michelin-starred chefs. 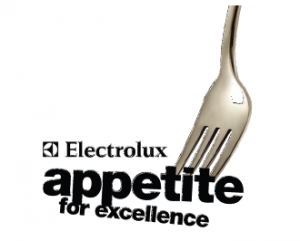