Watch as Sydney’s iconic landmarks light up through 18 days and nights during the 7th annual Vivid Sydney Festival. Each winter this stunning event brings a colourful means to some of Sydney’s most iconic buildings, including the Sydney Opera House, Harbour Bridge and interactive light sculptures throughout the city centre. 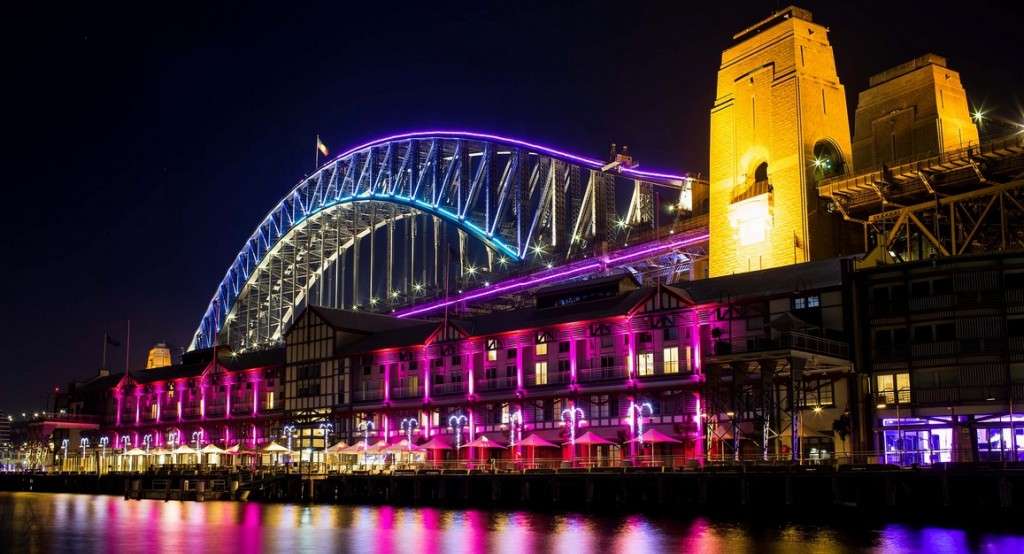 With over 1.5 million people attending each year, this has become one of Sydney’s best successes incorporating lights and great music. The most popular projection is on the Sydney Opera House sails, which have in the past projected butterfly wings, space-inspired patterns and snakeskin. 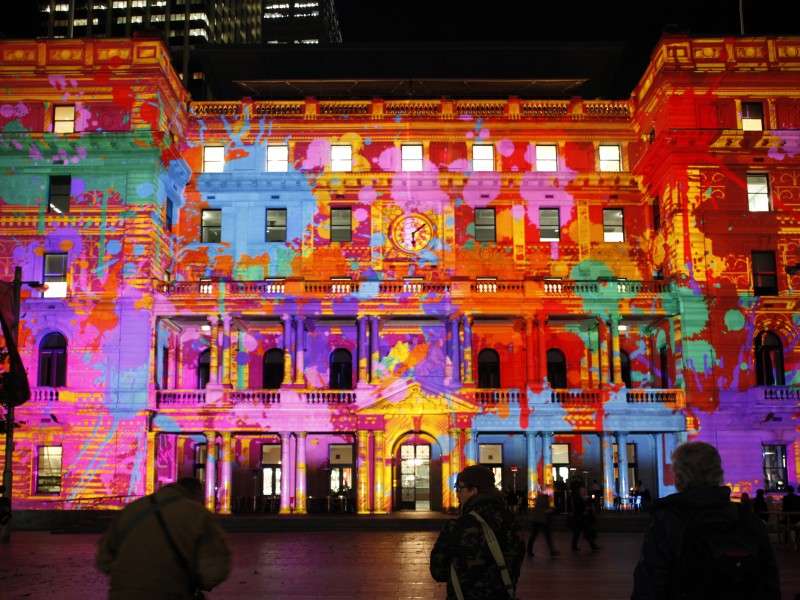 The festival is broken down into 7 different precincts including Circular Quay, Darling Harbour, Martin Place, Sydney Harbour, Carriageworks in Eveleigh, the University of Sydney at Camperdown and The Star at Pyrmont. Each precinct will feature works totalling 56 installations by 140 artists from 15 countries. 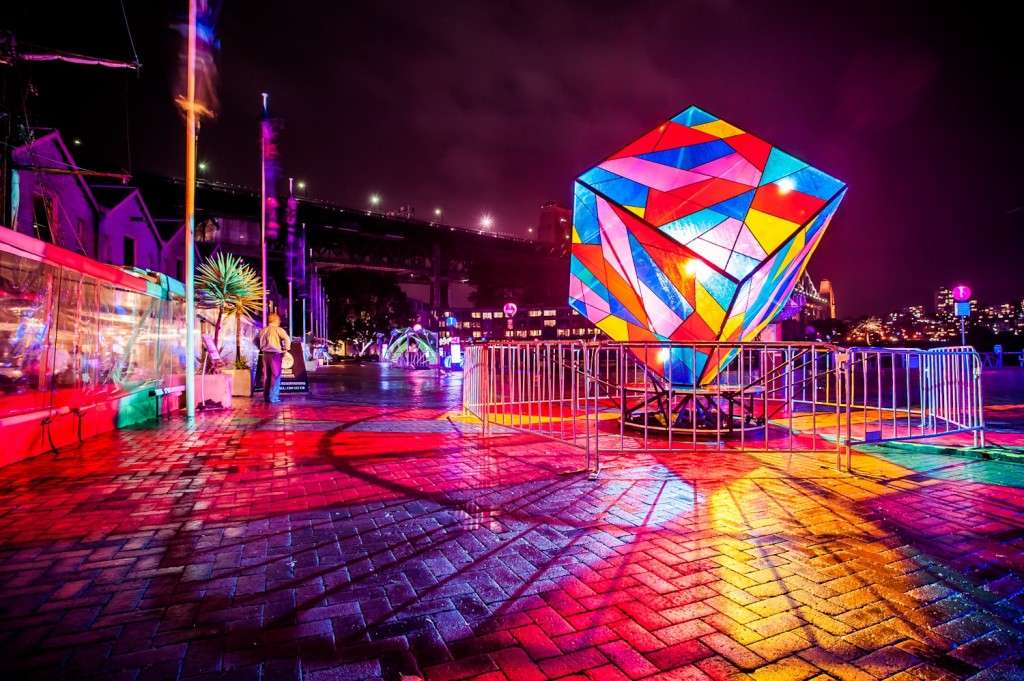 Vivid Sydney has been voted Australia’s Best Event in 2013 and Best Tourism Event in 2014 and it’s no wonder this event attracts thousands to the city centre. Rain or shine, this event is set to take Sydney by storm with weekends being the busiest times in the city. Make sure you plan accordingly to ensure you miss the crowds and see as much as possible during the 18 day event. 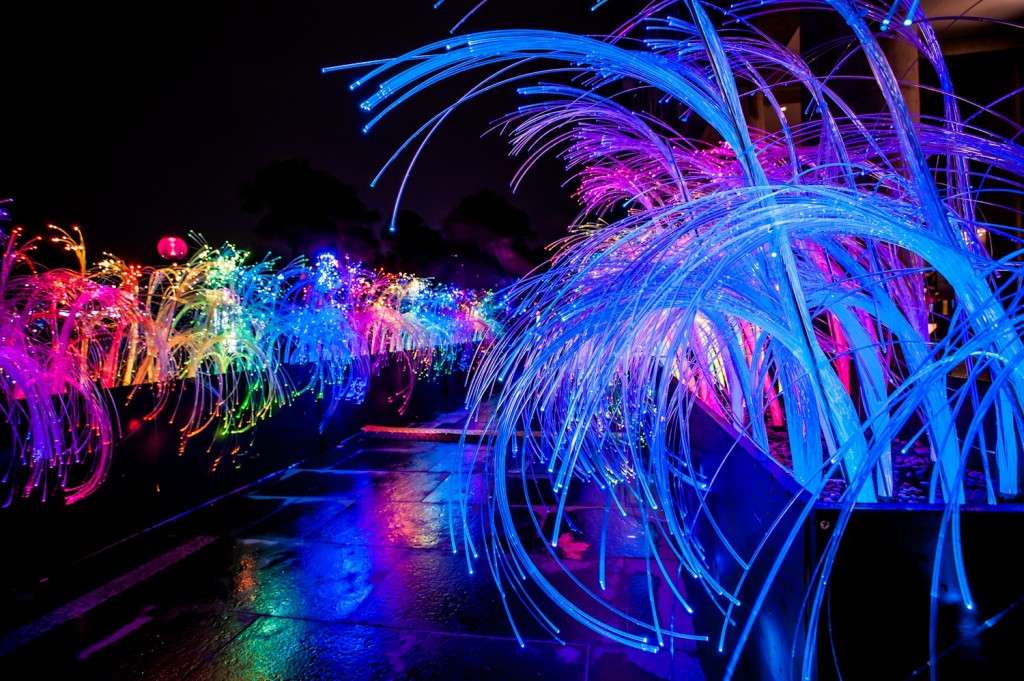 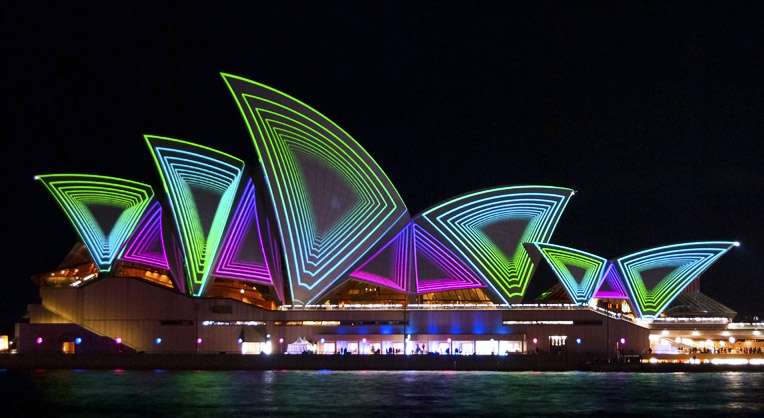 Sydney has provided extra buses, trains and taxis to run throughout the event to ensure everyone gets to the festival and avoids long waits. It is recommended not to drive as parking is very limited in the city, so public transportation is highly recommended.