Crystal clear water, powdery white beaches, traditional long boats and exotic flowers are all a sure sign you have arrived on this beautiful remote island. Located off the coast of Phuket, Phi Phi Islands are made up of 5 different islands, with the two largest ones being Thailand’s most treasured; Phi Phi Don and Phi Phi Ley. Phi Phi Ley has no roads and Phi Phi Don is completely free of human inhabitants, which is why it makes it one of the most laid back islands in the world. The islands are made up of limestone cliffs, caves, white sandy beaches, and an abundance of coral and marine life. 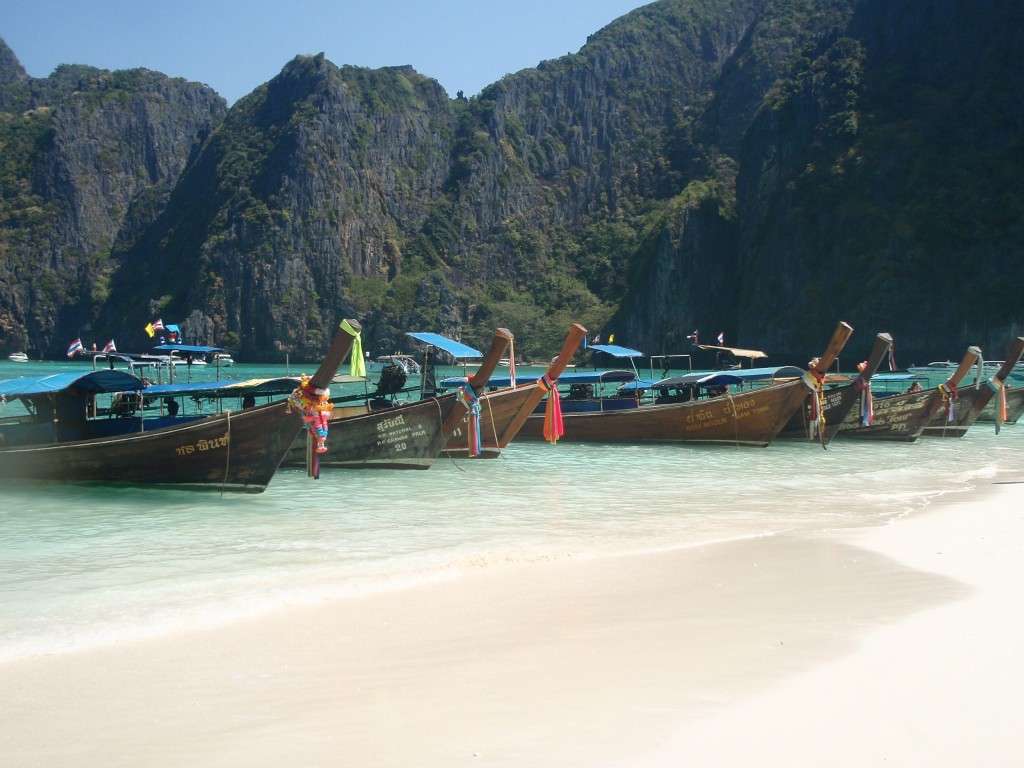 Although you can only access the Phi Phi Islands by boat from Phuket, the number of tourists coming to these magnificent islands each year is on the constant rise. In 2000, with the release of ‘The Beach’ staring Leonardo DiCaprio, Ko Phi Phi Leh, a beach on Phi Phi Don has become a must see tourist destination (photo below). 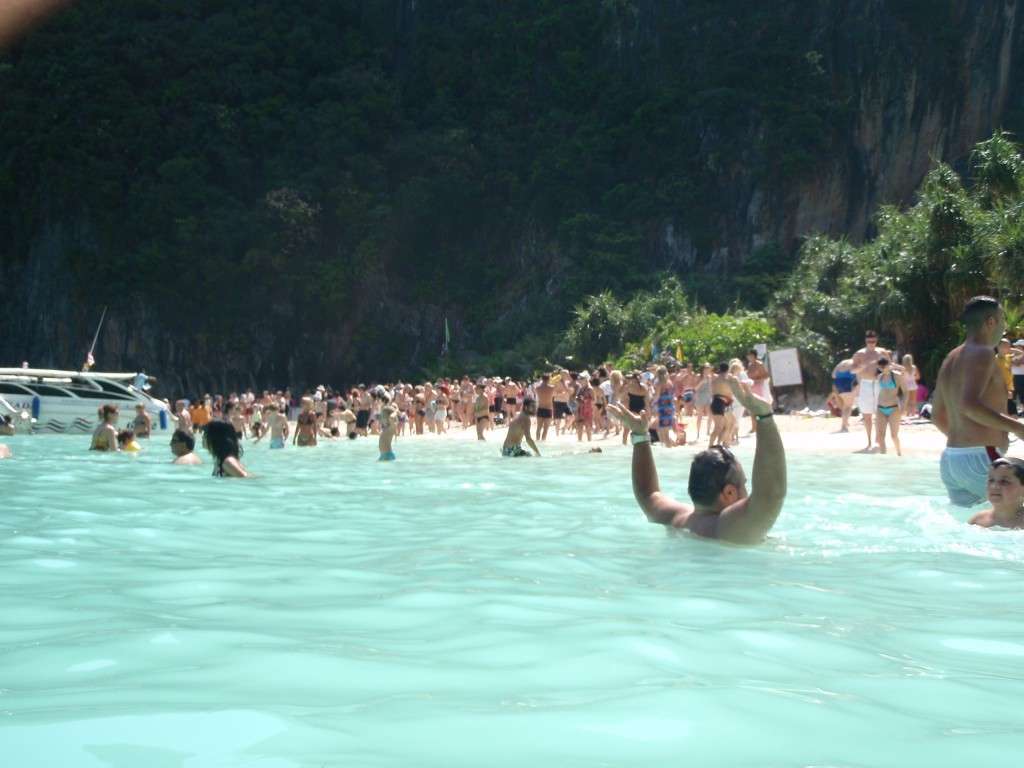 If you have the chance, make your way over to Yong Kasem Bay or ‘Monkey Beach’, which has become a close second for travelers. Here you can get up close with the wild monkeys as they move around the beach entertaining tourists. Be sure not to leave your food and drinks unattended! These monkeys have become so accustomed to tourists that they will walk up to you while your lounging on the beach and start going through your things looking for food and drinks. 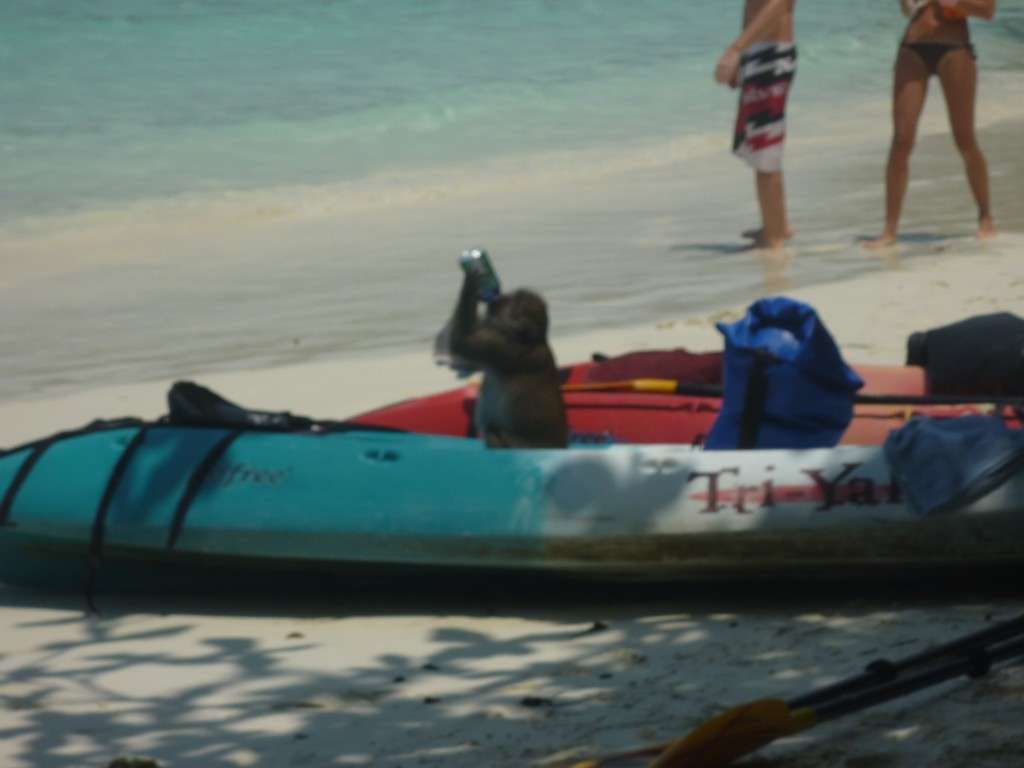 On our trip to Phi Phi Islands, we met a young local who owned a traditional Thai long boat. We struck a deal with him to take us around to the different beaches to show us as much as we could during our short visit. Doing this through the hotel would have meant we would be charged the same price, but the hotel would only give the locals a small percentage. We’d rather pay him the full amount to make sure he looked after us. He gave us a few different places we could go to including the best areas for snorkeling that weren’t so touristy. We made our way to Monkey Beach, Ko Phi Phi Leh and a few of the other smaller beaches, which were all more stunning than the last. We then made our way over to a few of the other islands where we had the chance to do some snorkeling and unwind on the beach.

I’d recommend going between January and April as this is their hot season (May-December is the wet season).  If you’re considering something away from the Phuket scene, I’d absolutely recommend the Phi Phi Islands. It’s a truly peaceful trip away from the hustle & bustle of the bigger touristy areas.