Pastuso is Melbourne’s newest Peruvian grill, brought to you by the creators of the Argentinian grill, San Telmo. Located down the ever so funky ACDC Lane, the restaurant is hard to miss with its oversized shining sign and large windows to showcase the kitchen in full swing.

Walking up I expected the interior to be quite small with only a hand full of tables, however once inside, I was quite impressed by just how large the space was. It was all very impressive, showcasing three separate bars, separate dining spaces and a large open concept kitchen to show the masterminds behind the amazing food.

As you enter the restaurant, you are welcomed by the main bar, which is one of the main focal points to the venue. The bartenders are busy shaking up traditional cocktails, including the Peruvian classic, ‘Pisco Sour’. While waiting for your table, grab a seat along the bar and enjoy a cheeky cocktail and watch the action behind the bar. 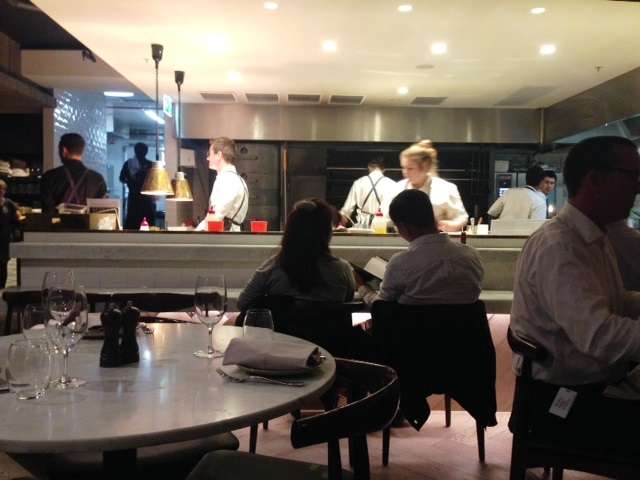 If this doesn’t catch your eye then maybe the open concept kitchen with separate meat cooking sections would. Pop yourself up along the bench seating area along the kitchen and watch as your dinner is prepared right in front of your eyes while enjoying a beautiful glass of red in hand. 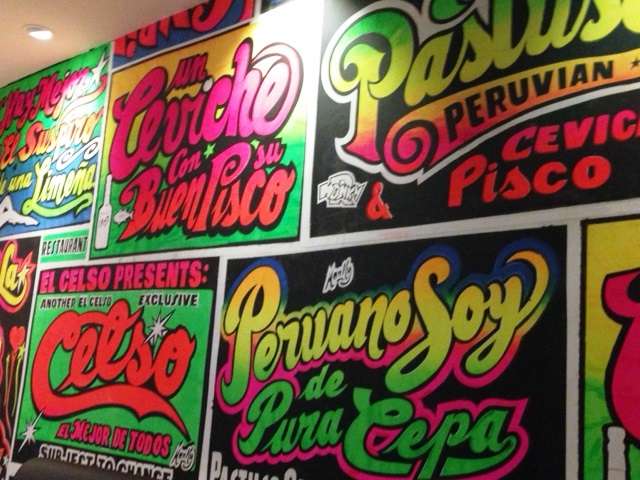 Throughout the restaurant is a beautiful mix of marble and wooden tables as well as comfy leather booths around the walls. We were seating on the left of the restaurant which showcased a wall of bright and colourful Peruvian artwork, symbolising the street art you would typically find in Peru.

The menu is broken down into different categories, focusing on the unique styles of Peruvian food. It starts with ‘Un Piqueito’, meaning bite size starters followed by the ‘Ceviche Bar’, offering a variety of raw fish to choose from.

We decided to skip these two and go straight for the ‘La Comida de la Calle’, or better known to us as ‘street food’. We started with the ‘Rollo de Cerdo’, which is a pastry (similar to a spring roll) filled with marinated smoked pork. Next up was the ‘Papitas Rellena de Carretilla’, which is a street cart style potato croquette filled with pulled beef brisket, pecans and botija olives. The spring rolls were beautiful with a crunchy exterior and a powerful meaty flavour interior. They were so tasty we actually went back for a second order! The croquettes were a bit different than I’m use to, however still beautiful. 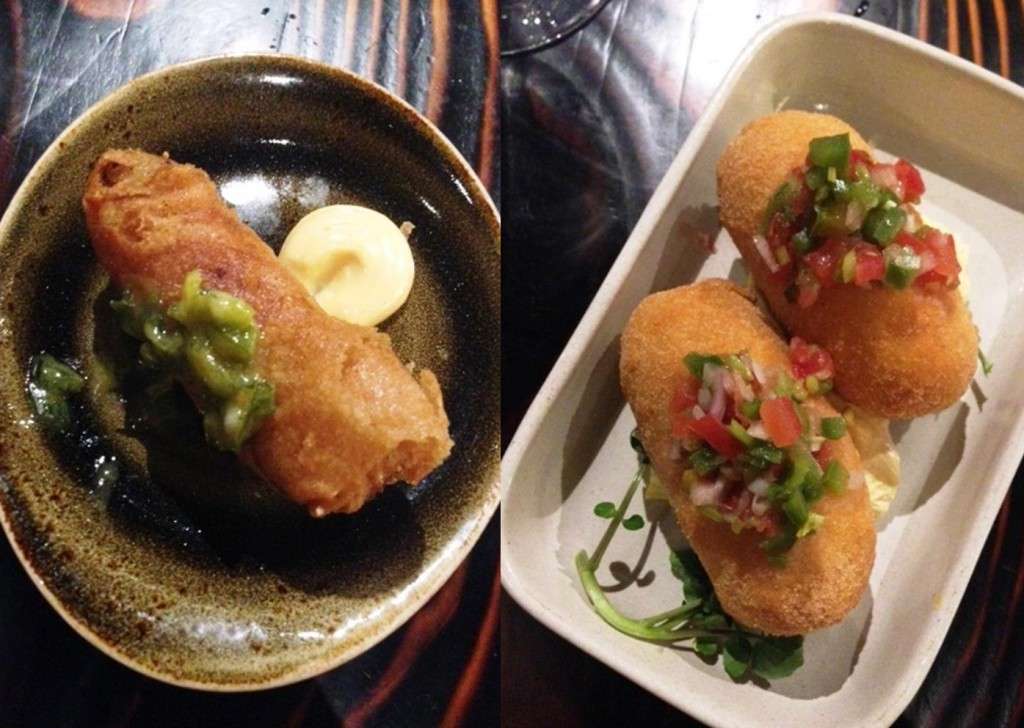 For mains we went with their ‘Alpaca Special’, which were chops, marinated and then grilled to perfection. Alpaca has a taste similar to lamb with hints of duck flavouring. I’ve had Alpaca before when I was in Peru a few years back, however MC has never tried it and was a great experience for him. 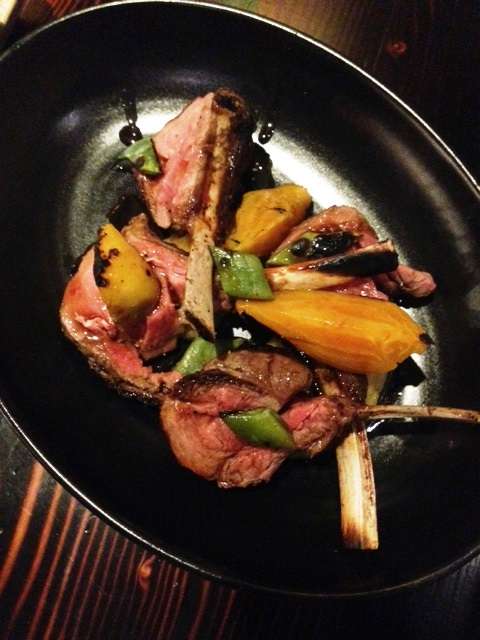 For our ‘Para Acompañar’, or side dish, we went with the ‘Tallos de Acelga’, which was a grilled silverbeet, red vein sorrel and confit brown onion heart salad. It was a rather simple dish, however the flavours all worked beautifully together and were finished off with crunchy garlic chips which brought the whole dish together. 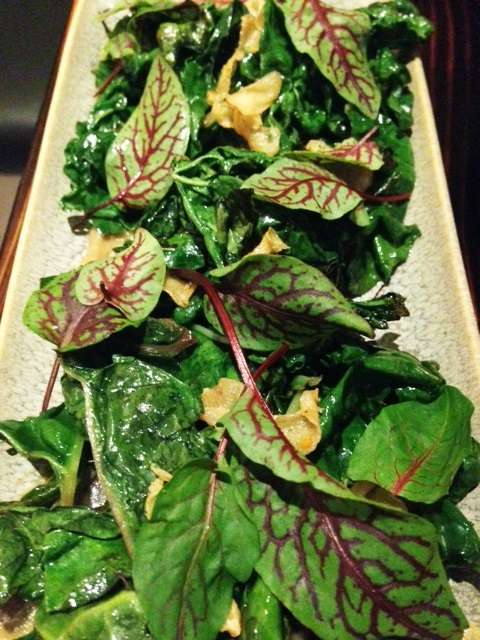 Service was quite attentive when we first arrived, however as the night progressed and the restaurant began to fill, it became a bit more difficult to get our waiters attention. For those who have never been to the restaurant before, the waiter will explain every section of the menu in detail as well as every method of how they cook the meat. Although some may enjoy this, it was a bit full on and took a while for him to explain, slowing down the service. I think a quick intro into how the menu works and few key cooking methods would have been enough to really get the point across. 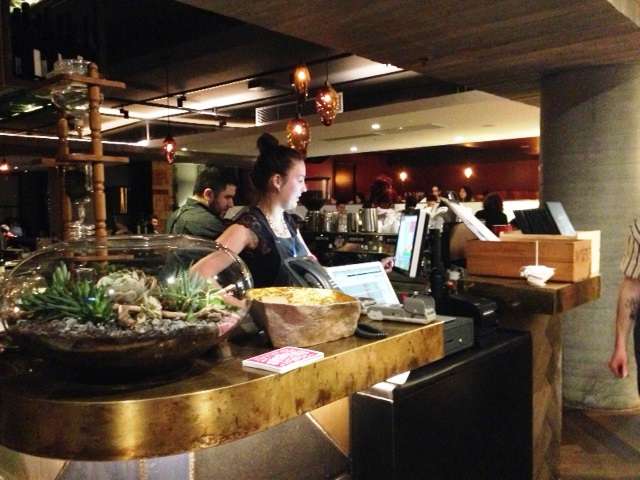 Overall our experience at Pastuso was great. The food, wine and service were all in proportion with each other, however if I were to favour one South American restaurant over another, I think I would still prefer San Telmo. Pastuso are on their way there, just need to fine tune a few aspects and they will be golden.