Although we have noticed several bad reviews over the last few months, a friend had recommended we check out Main Street since moving further south. We arrived early Saturday morning and were pleasantly surprised at how busy it was. 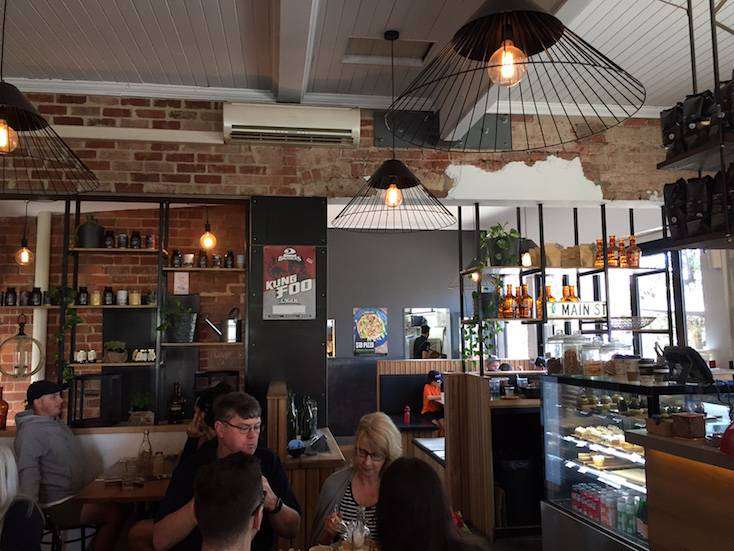 Main Street is in a great location, where you’ll find Mordialloc’s locals gravitate towards for a vibrant and lively atmosphere. The space is large with exposed brick walls, an amazing rustic bar, and funky black wire lighting. 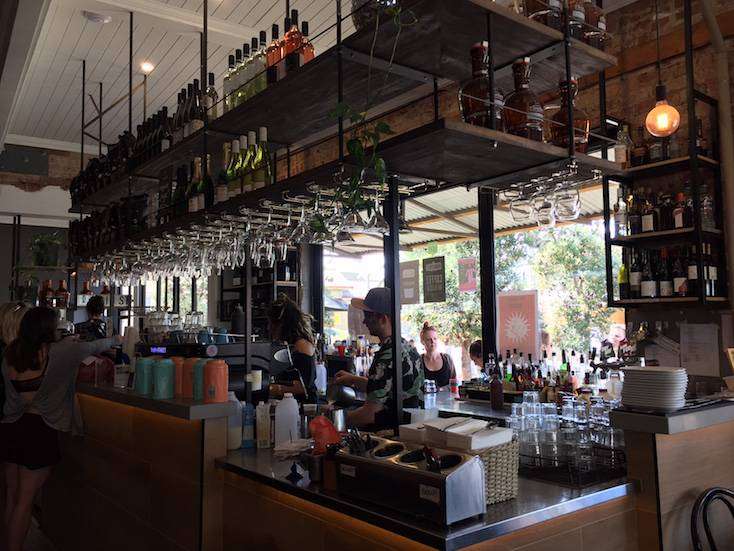 If you’re after somewhere intimate for good conversation, this is probably not the location. The tables are extremely close together and the space is loud, even for an early morning breakfast. I did find the service a bit lacking, given how many waiters were around. We were ignored when we first walked in, having to flag down someone to acknowledged we were waiting for a table. Once seated, we were given menus and forgotten about again while others around us were served. 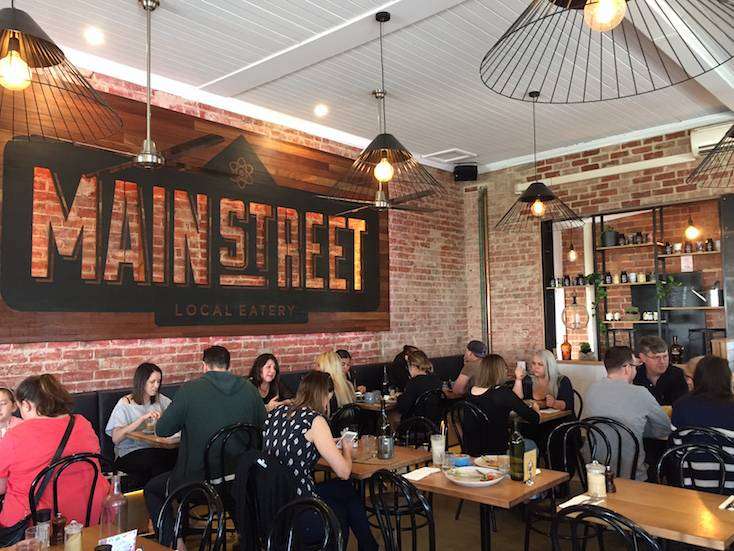 Main Street serves up a range of dishes throughout the day, with some amazing daily specials. Today we decided to check out their breakfast range, which included everything from your staple dishes (eggs your way, smashed avo, and omelets) to one of a kind dishes like smoothie bowls, donut waffles and a cabinet full of pastries and sandwiches.

I kept it quite simple this morning and ordered their ‘Smashed Bagel’, with smashed avocado, sun-dried tomato with a house made cashew and dukkah mix. I was expected something a bit more than what was presented. The bagel was hardly toasted and only a light layer of avocado and a few tomatoes covering the bagel. The dish lacked any flavour, other than the small bits that were covered with dukkah. Unfortunately, probably wouldn’t recommend this even though we all love our smashed avocado dishes. 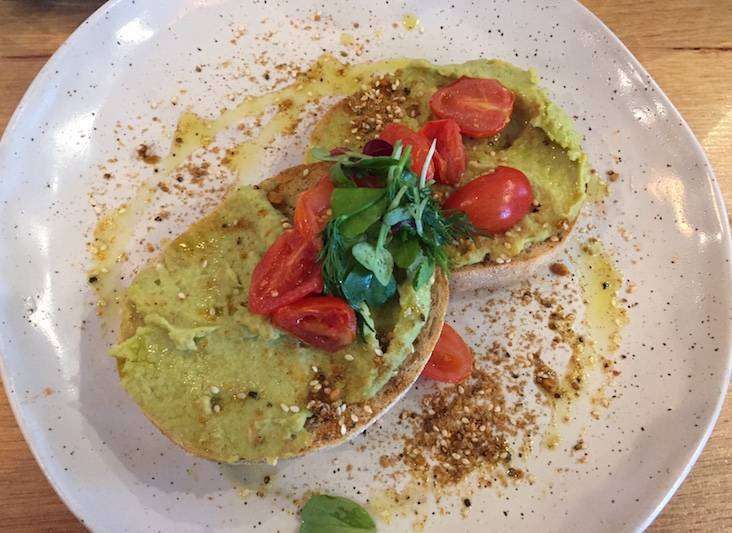 MC changed it up from his usual big brekky and went with one of their daily specials. ‘Canadian Waffles’ served with fried egg, bacon and maple syrup on a homemade waffle. This was a much better dish than mine, however still not a winner. The waffle was a dry and lacked flavour, however the syrup and bacon added some much needed flavouring. 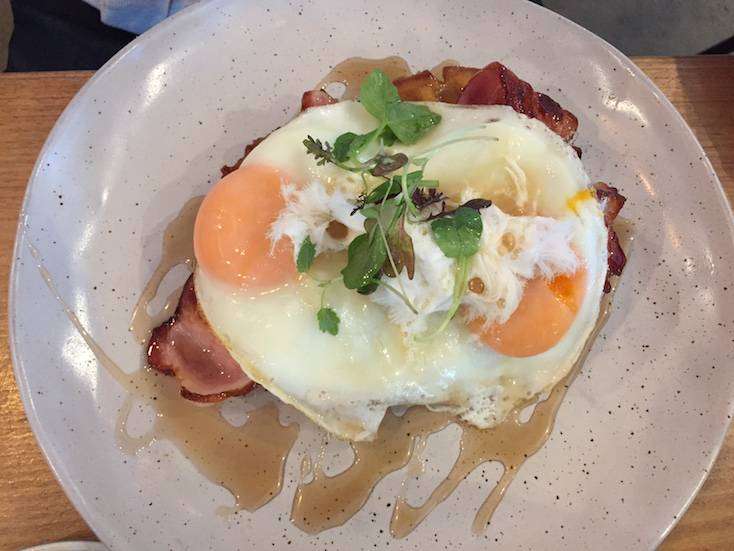 Overall, I was hopefully for a bit more than what we received from Main Street. The service was quite average, the food was just okay, but thankfully the atmosphere and vibe of the space lifted our spirits. Maybe we need to come back for dinner and give them a second chance.