With Spring Racing in the air, we were hoping to try something new as we had some overseas guests in town. The weather wasn’t looking too promising the week of the races, so instead of heading down to the track, we decided to search for somewhere good that had an all inclusive package for us to enjoy.

We had come here the week before when the sun was shining on a Sunday afternoon and enjoyed a few drinks outside while listening to the live entertainment. It was a fantastic vibe and were really looking forward to enjoying the same during the Melbourne Cup festivities.

We arrived at 12pm and were ushered to our table inside the restaurant near one of the TV’s to watch the races. Once seated our waiter quickly came over and brought us all a glass of sparkling to start the afternoon. The space was quickly filling up as we enjoyed our drink, relaxed and waited for the rest of our party to arrive. 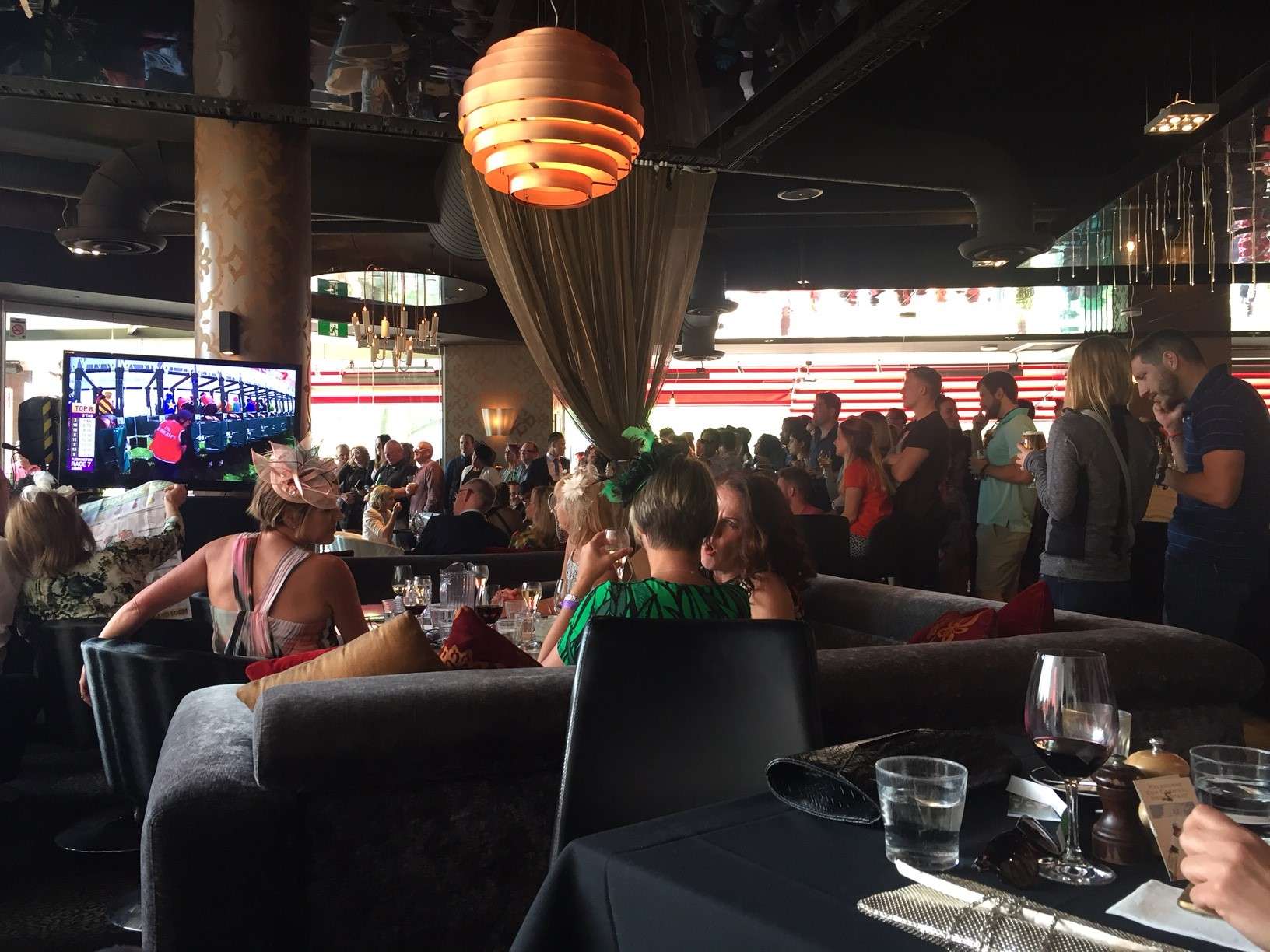 The fit out is modern, stylish and sophisticated, which fitt in perfectly with the rest of the Southbank venues. Large couches, drapes hung from the ceiling and exposed ceilings create a funky vibe, appropriate for the clientele and event being had. Everyone was dressed to impress, which made the afternoon so much more enjoyable.

The Melbourne Cup event had a special set menu in place, which sounds amazing when reading through all the different options available. A few of the group started with the ‘Chicken, coriander & shimeji mushroom steamed dumplings’ served with nuoc cham dipping sauce. All the dumplings came out completely dry and almost inedible as the tops of each dumpling were so dried out and hard. The filling was tasty, which I had to remove from the casing to enjoy. Not a very good way to start our meal. 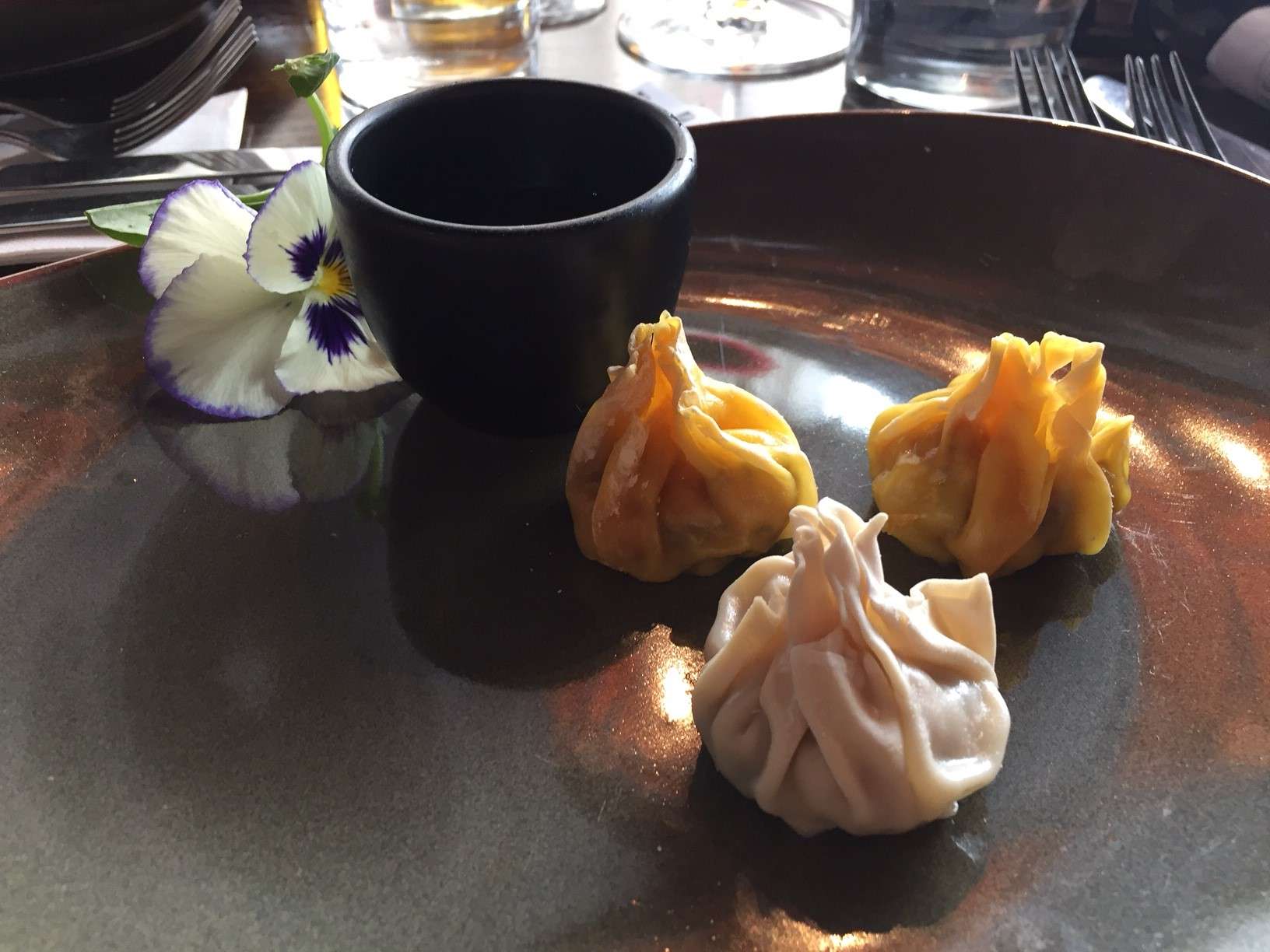 A few of the group also ordered the ‘Seared Scallops’ with Absolute vodka soaked pica de gallo and salmon roe. This was the much better option for entrees. Presentation was beautiful and a very colourful dish. 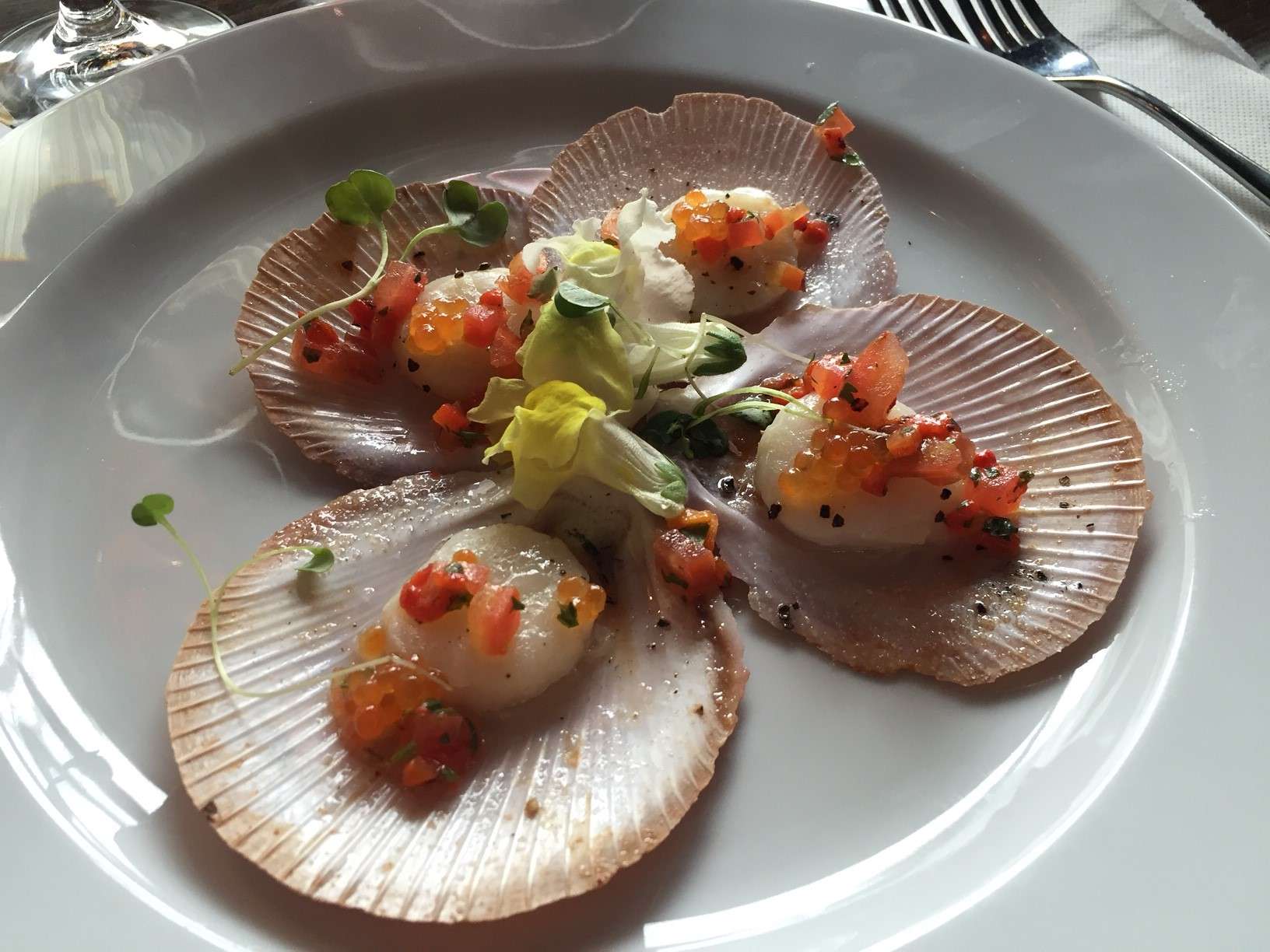 For mains, most of the group ordered the ‘Medallion of Western Saddleback pork’ served with Exton potato puree & barrel aged balsamic red onion relish. This is probably the worst dish I’ve had in a really long time. Everyone’s meat came out so over cooked and tough, it was impossible to cut through the pieces of meat. There wasn’t even enough sauce to fix this dish. The only good part of the dish was the potato puree. 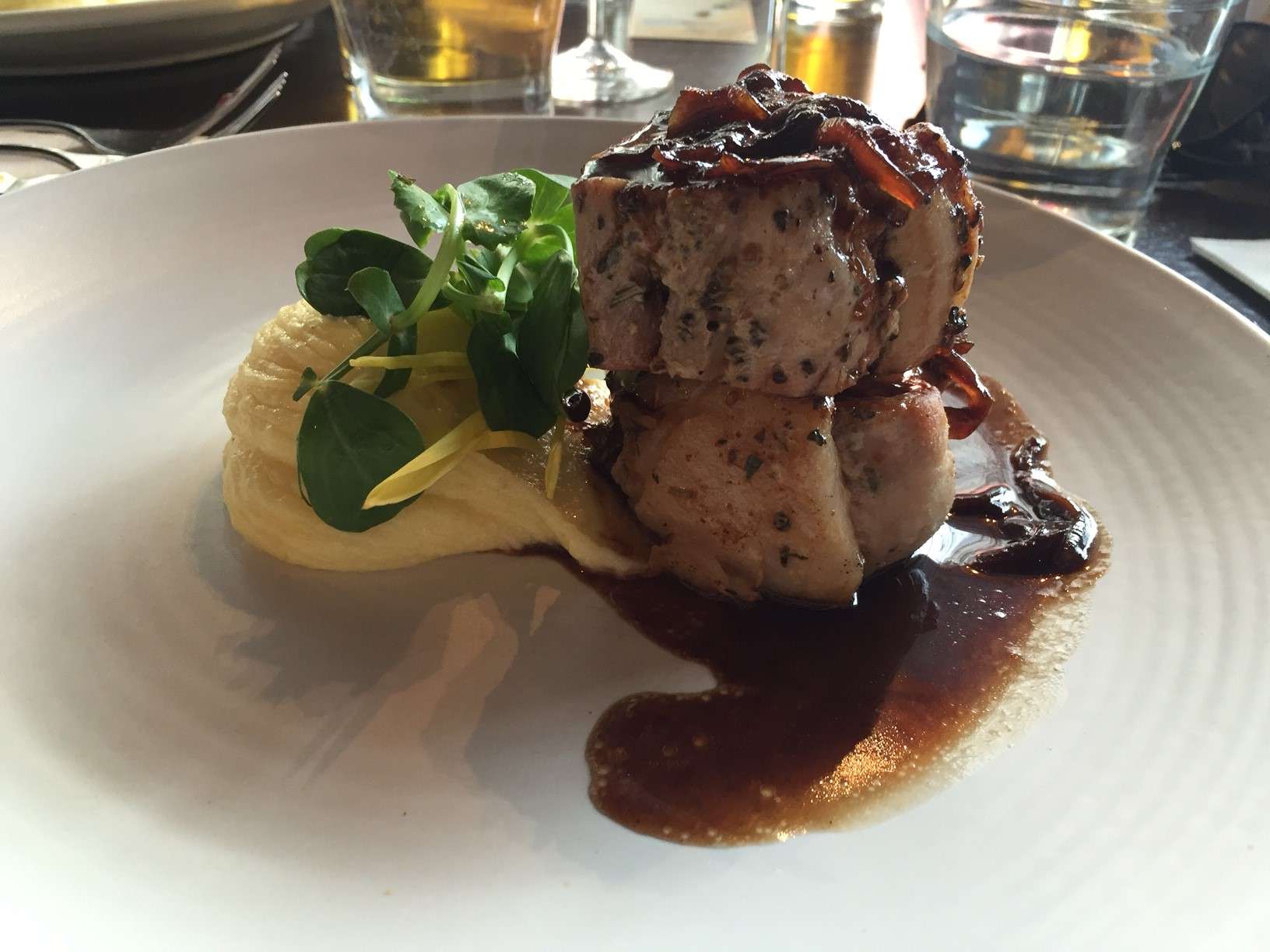 Dessert was a shared style platter with ‘Chilled white chocolate & lychee Mousse’ with St. Germain elderflower liqueur and citrus cardamom ice cream as well as ‘Green mango Panna Cotta’ with ristretto sauce, maple syrup semifreddo. The chilled white chocolate & lychee mousse was okay, but nothing special. The semifreddo didn’t have the consistency of a normal semifreddo, however was tasty. Most of the items on the dish were already melting before brought to the table, which leads me to think it was sitting for quite a while before brought out. 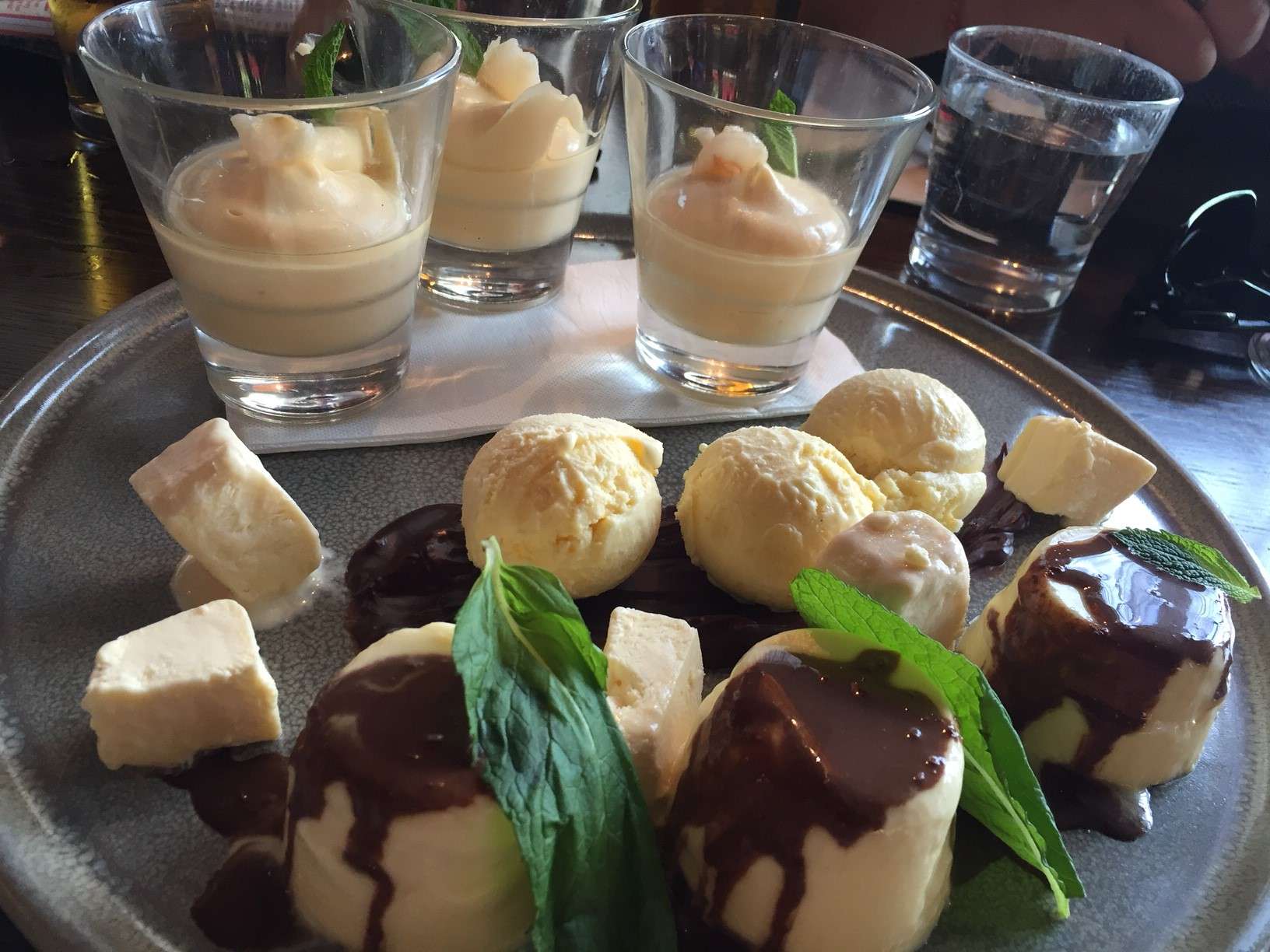 I’ve never been one to really complain, however I was actually quite embarrassed to have brought our overseas guests here for what I thought was going to be a great meal. There was nothing on the menu that was memorable in a good way, just overcooked food and average desserts. Thankfully the races were on and took our minds off the average food presented.

Will we be heading back? Definitely not for food!