We booked in for lunch at Lapa Brazilian Restaurant for our Father’s birthday and it was such a lovely afternoon of great food, drinks and company.

Named after one of the most famous neighbourhoods in Rio de Janeiro, this is your typical Brazilian steakhouse/BBQ restaurant. The space itself isn’t fancy, offering a simply layout with only a few featured walls of decor. You really don’t come here for the decor, but rather for the endless amount of meat!

After sitting down, I noticed a large TV on one of the walls, which features the kitchen prepping and cooking the food. Such a great little additional to the overall experience. 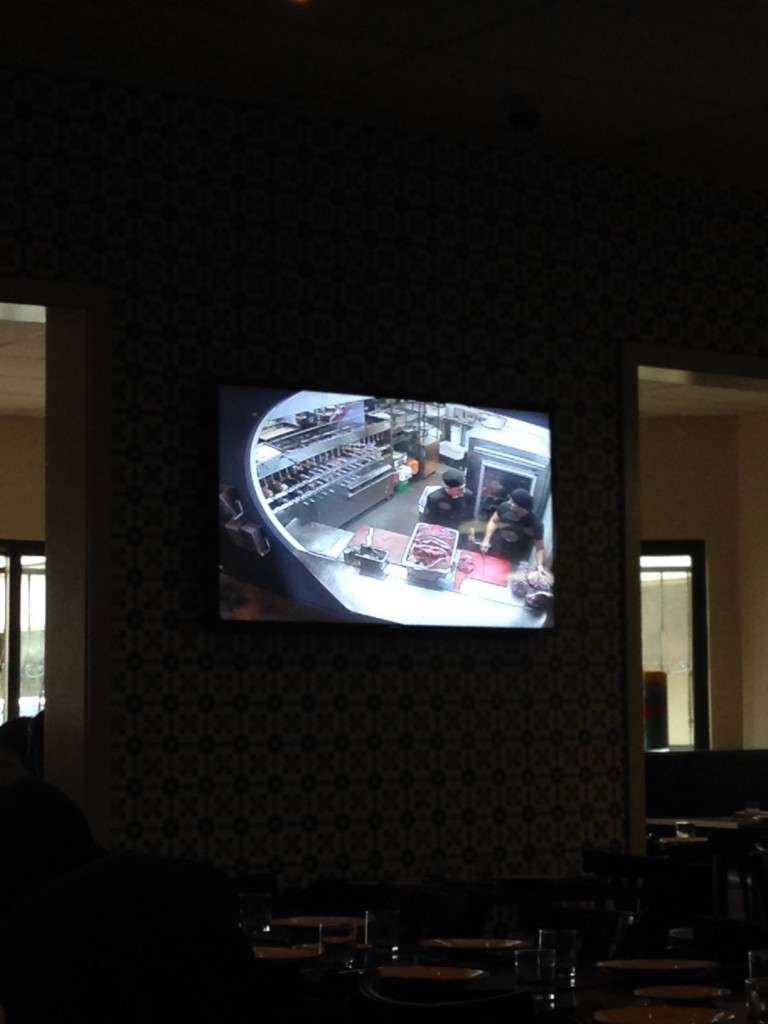 Being a BBQ steakhouse, it’s only fitting to go with their $49 ‘Endless Feast’. With 16 different cuts of meat followed by pastas and salads, the choice is endless on what you are offered. If you’re not a big eater, there is also a full a la carte menu that you are able to order off of if the group is smaller than 5 people.

With the Endless Feast you are given a green (Yes Please) and red (No Thank You) card, which indicates whether you keep eating or tapping out. Depending on which side you have up, the waiters will look at this while roaming with food and only stop if you have the green side up. 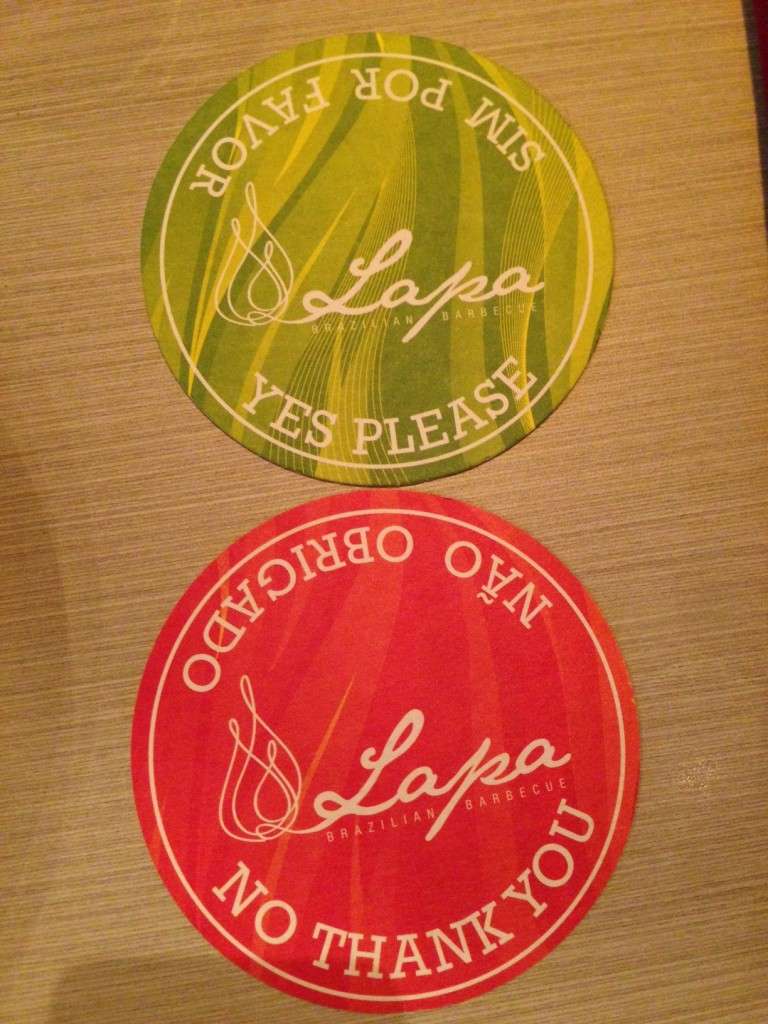 Before the meat started coming out, a variety of small salads (green leaf salad & potato salad), chips, rice, black beans, condiments and sauces are brought to the table. Bread rolls filled with cheese were also brought to the table, which I think they use as a filler between rounds. 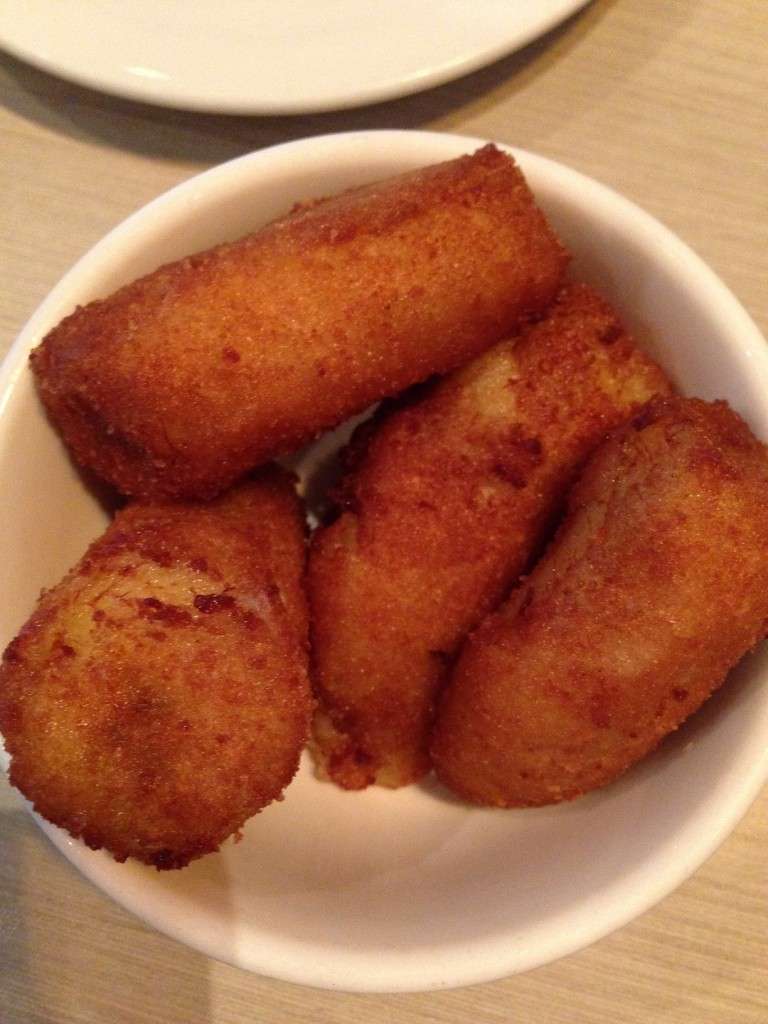 We were also given fried bananas, which were amazing! I’m not sure if it’s something you generally eat before your meats, however I couldn’t help myself.

Once the starters were served, the meat began coming out. Presented on skewers and balanced on paddles, you are able to help the waiters slice the meat for you, which was a great way to get groups interacting with the staff. Everything from spicy chicken to pork belly to sausages were brought around. 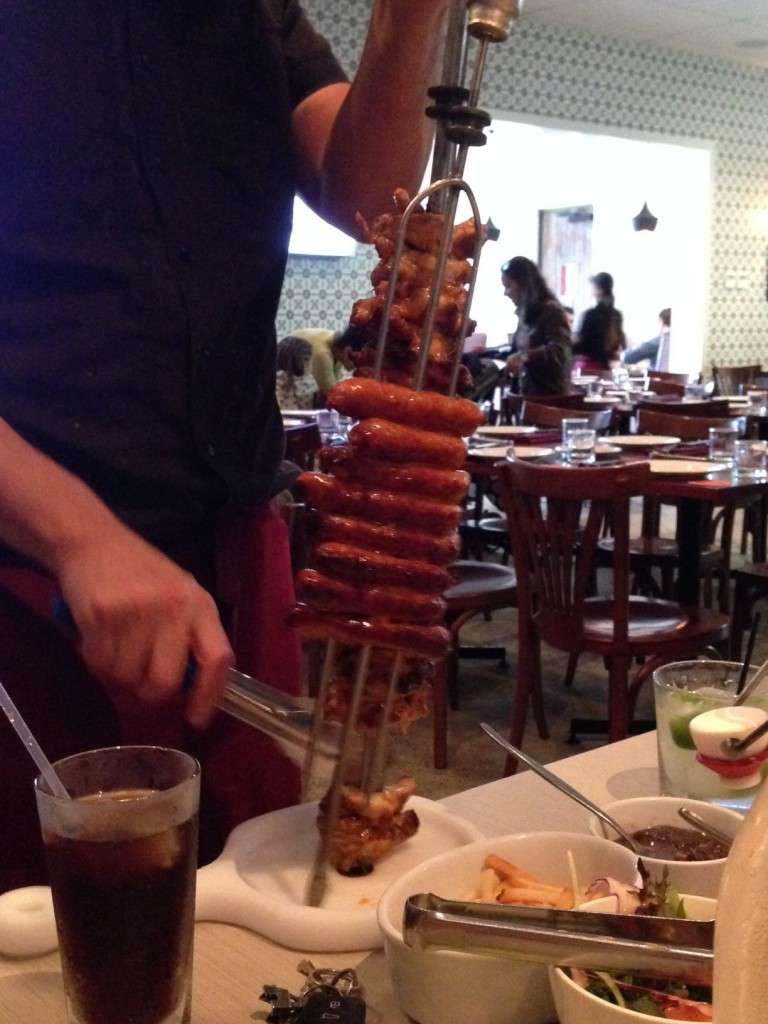 Not all the meats were for me, so I simply turned my red card over and took a breather between dishes. The spicy chicken was a bit full on and was a bit too spicy for me, however the steaks were beautiful. I did go for some of the pasta, however it wasn’t the best (definitely stick to the meats!). 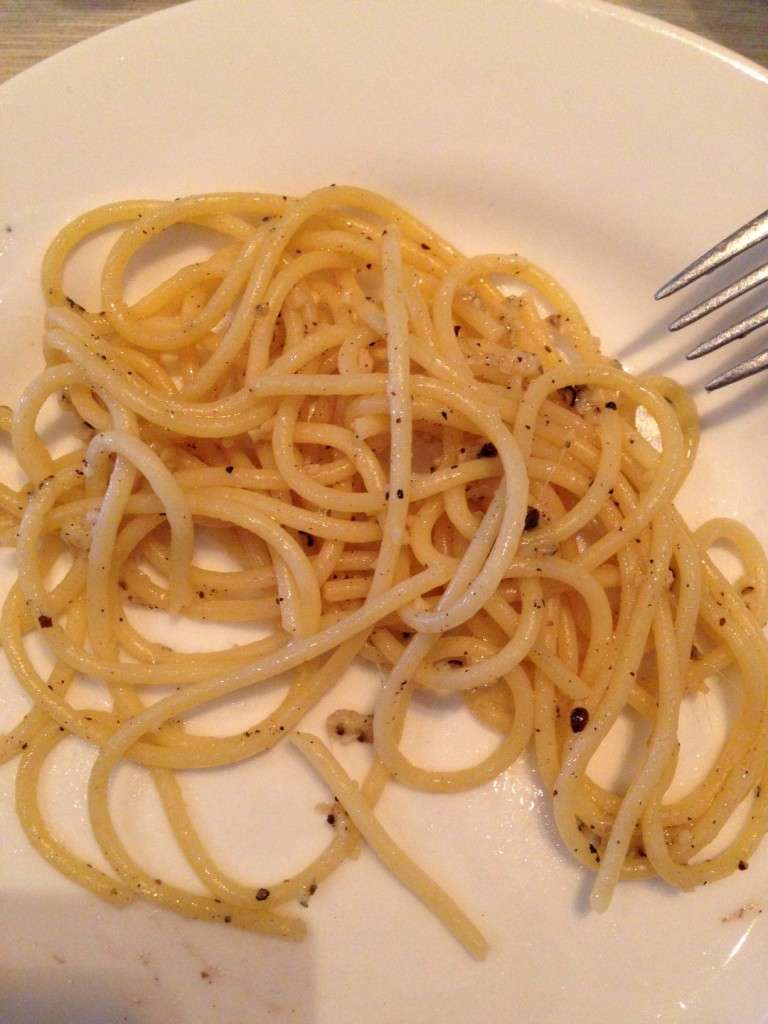 The staff at Lapa are extremely friendly and try to involve the guests as much as possible. There was never a moment when we were waiting for food to come around and the top up of drinks was quite quick. All the staff had smiles on their face throughout the lunch and took the time to explain each of the dishes that were coming around. 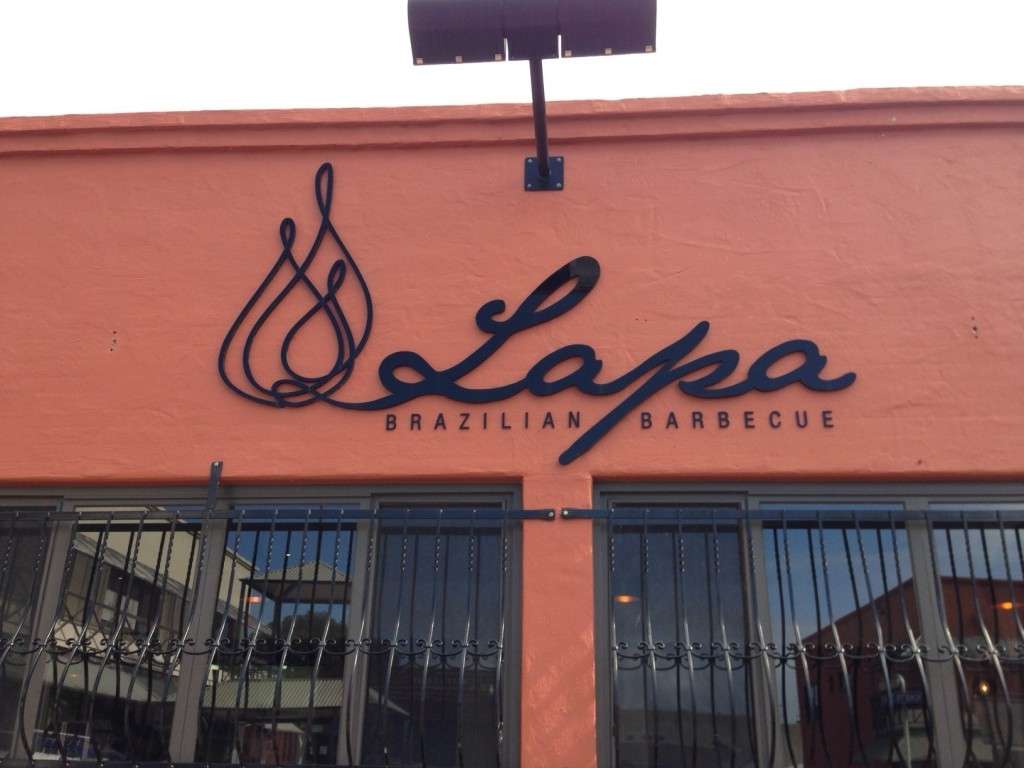 Overall this is a fantastic place to spend an afternoon. We unfortunately got a bit too full too quickly during the first few dishes and weren’t able to try everything. This is the type of place you need to spend all afternoon and slowly get through all the dishes.