Thursday night was date night and what better way to celebrate than a fancy feast of French food, fine wine, and a lively atmosphere. France-Soir is a short walk from our house, so seemed fitting to walk down the street with a very expensive bottle of red in hand and head in to enjoy some delicious food to match our AHH-Mazing shiraz.

France-Soir is the type of restaurant that is busy every night of the week, so we knew this would be the perfect place for a great atmosphere. Opening their doors in 1986, this 30 year old French restaurant has won the heart over for many locals with their impeccable authentic cuisine. Unfortunately, their 30 years in the business must have gotten to their heads, as the staff were rude, ignorant and created an overall snobby vibe. 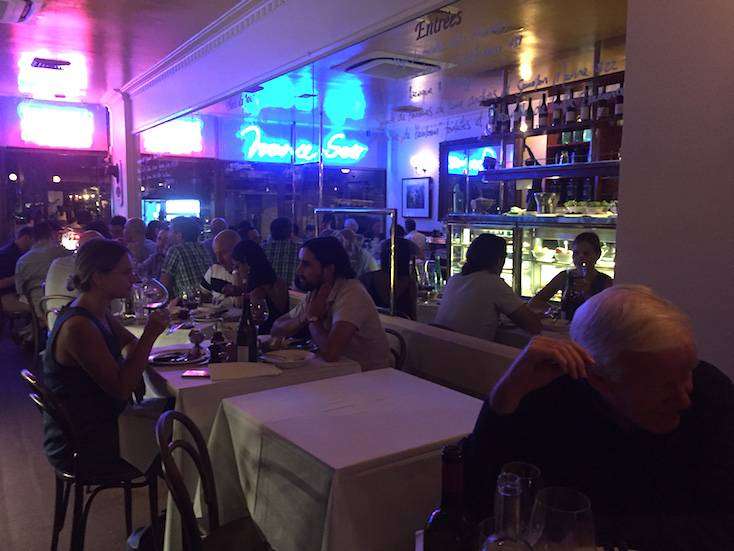 Yes I understand that the restaurant was busy, but when menus are slapped down on the table, your waiter smells like he just came from the bar next door, and no description of the food is given when brought to the table, it makes it a been hard to pay for such an expensive meal.

I had called up earlier that day to make a booking and was lucky enough to get a table. The hostess on the phone must have been busy, as I must have interrupted her due to her rude tone. She told me what times she had available, took my name and hung up (without asking for my contact number). As I had never been here before, I took this as how they operated. To my amazement, we had arrived at the restaurant to no booking and were shoved in the back corner next to the kitchen. Great way to start our date night. 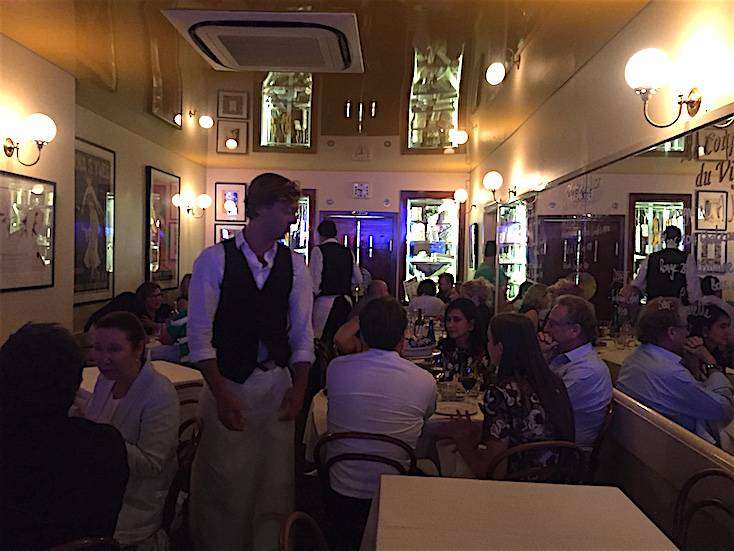 Unfortunately the service didn’t get any better from here. Menus were slapped down on the table as the waiter walked by, we had to ask for our water glasses to be filled multiple times and were told to turn around and read the specials list instead of the waiter explaining what they were. This was only the tip of the iceberg of horrible service we received throughout the night.

I will admit, although the service was horrible, the food was quite tasty. We started with ‘Brochette de Caille au Porto’ which was grilled quail on skewer, with port sauce. The quail was very tender and juicy and the port sauce brought a sweet element to the meat. This was followed by an amazing ‘Beef Carpaccio’ served with shaved black truffles. We were definitely off to a good start with both entree’s being delicious! 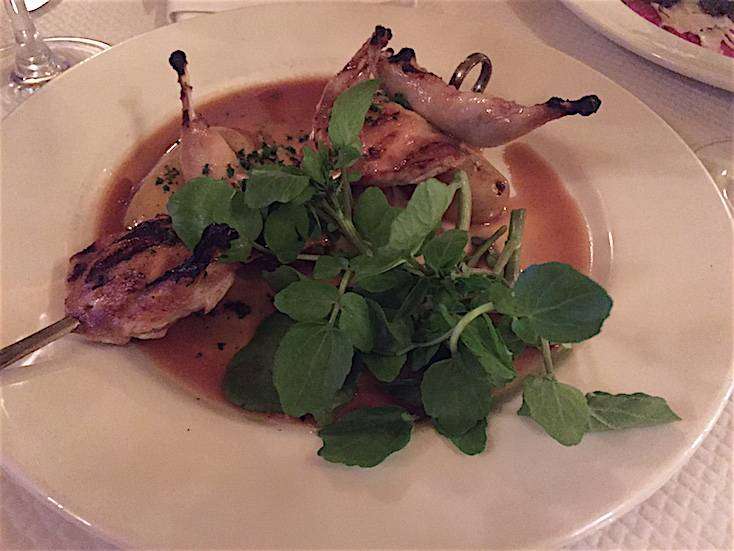 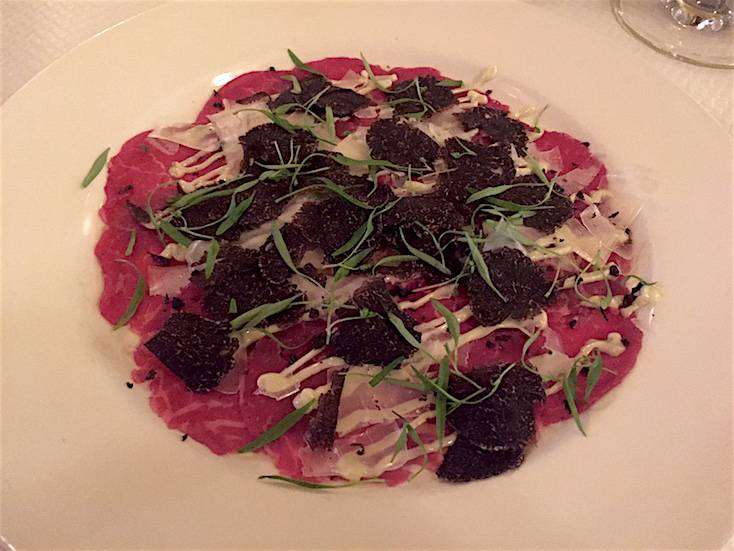 For mains I ordered the ‘Cuisse de canard gras confite’, which was a beautiful duck leg confit with crispy skin and a slightly pink fragile interior. Although a tad on the salty side, this was probably one of the better duck’s I’ve had in a while. 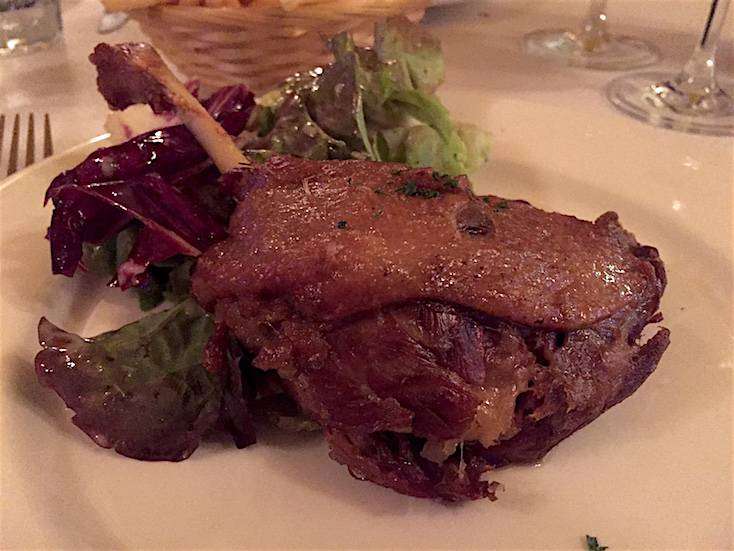 MC opted for the duck special, which was a duck breast, served with a cherry sauce. For me, it was a bit too sweet, however he loved it! 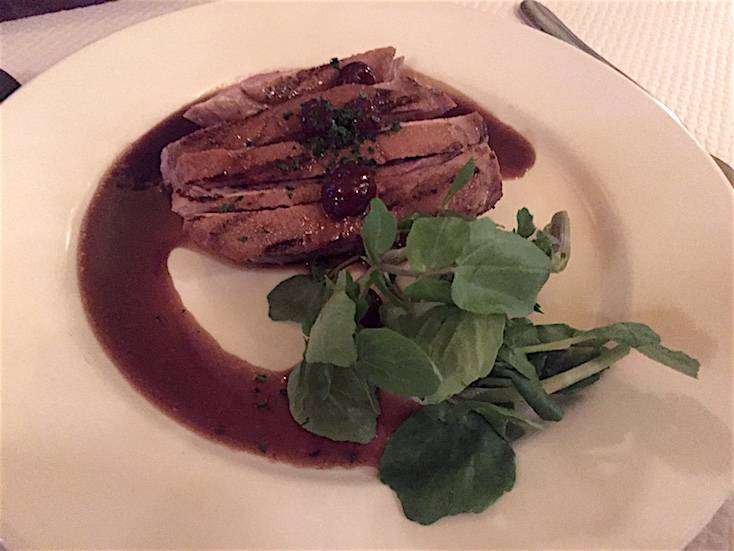 Although the food was amazing, the service was such a let down. For the price we paid, I don’t think I could justify coming back. There are so many other amazing restaurants (including French) in Melbourne that I would much rather prefer to give my money to.