I was thrilled to be invited to Eis Japanese Restaurant by owner & talented chef Hiroyasu Aoki. I have never heard of the restaurant before and the location wasn’t somewhere I usually venture out to, however I am always up for trying somewhere new and finding the best new neighbourhood gem. Opening it’s doors in 2001, this Albert Park restaurant brings simple and elegant together to create a truly amazing Japanese restaurant.

It was a cold and raining Monday night and we were excited to head out for a nice meal with great company. MC & I are packing up and leaving for six weeks, so it was nice to have a dinner with some of our closest friends before leaving.

We arrived to a small, clean restaurant with only a hand full of tables, clothed with white linen and funky wire chairs with decorative pillows. The space was simple with white walls, high ceilings and concrete floors. I love when a restaurant keep the fit out simple and refreshing! 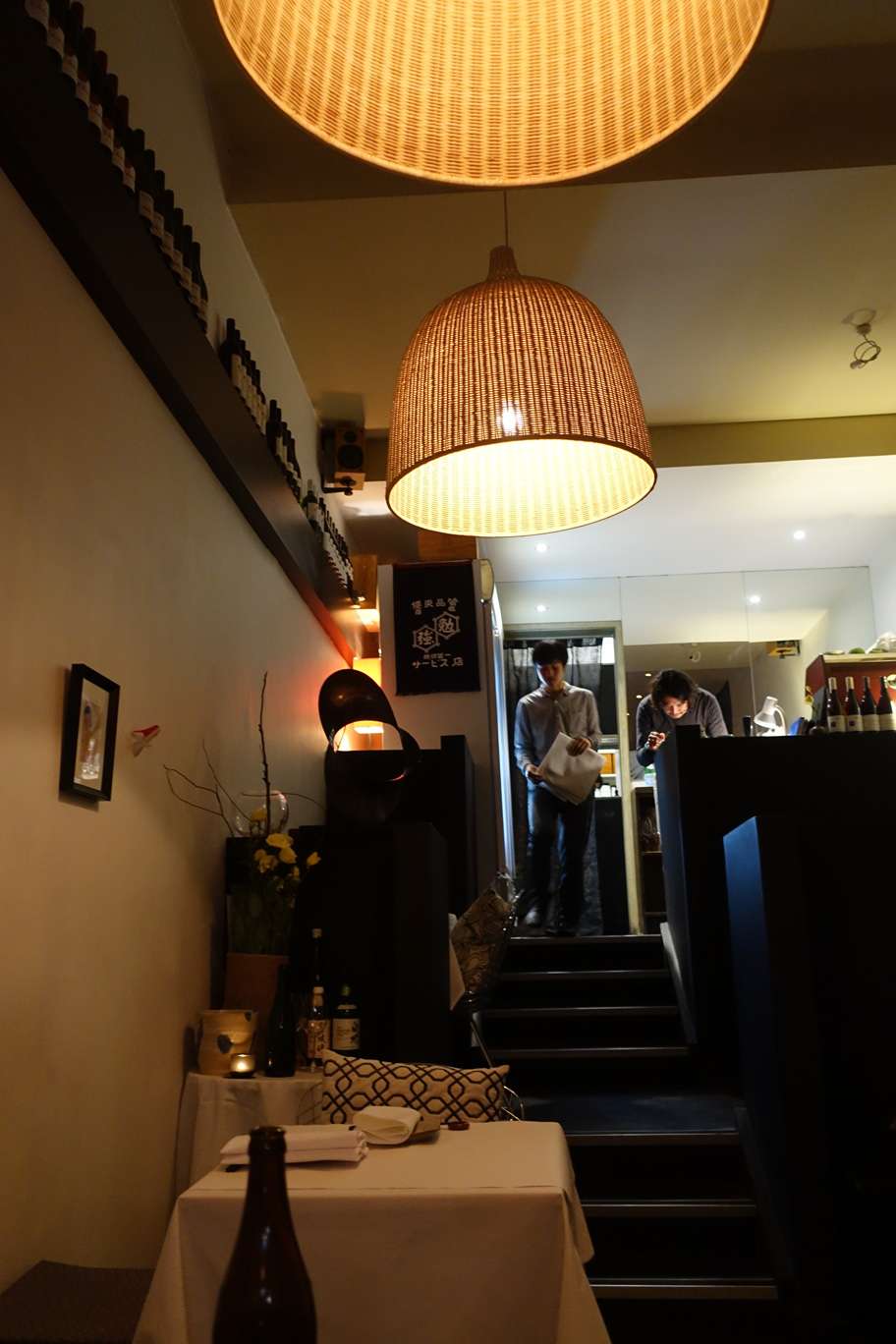 With a re brand taking place in 2008, the space was redesigned by award-winning architect, Architects EAT, who incorporated their signature black and white finish to create the modern chic restaurant today.

The service from Hiro was flawless from start to finish. I had changed our booking twice, which I felt horrible about, however he was very accommodating. When we arrived at the restaurant he was friendly and attentive throughout the entire dinner. There was not a moment we were trying to get his attention for a top up of water or to get another round of drinks. 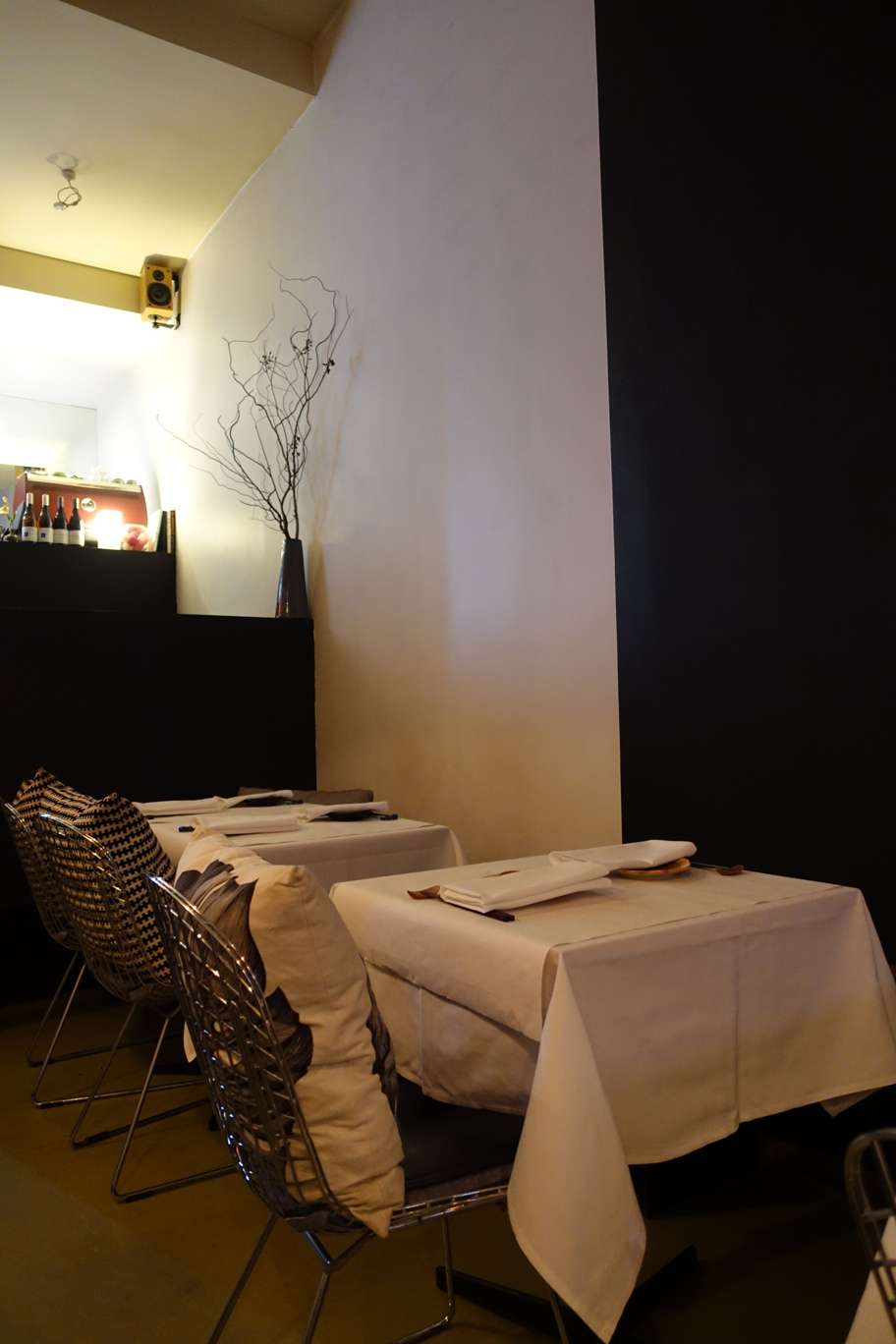 One of my biggest issues I have at restaurants is when the waitstaff are not attentive and pay attention to the small details. I had given MC a piece of my duck to try and within a minute of putting it down on his plate, Hiro had brought over a fork for him to use (MC was using chop sticks with his dish). To me it’s the little things like this that really shine through and show how passionate someone is about their restaurant.

I did a bit of research before heading in, just so I had an idea on what to expect. Was it going to be authentic Japanese? something more modern? or something completely different? From what I found, traditional and modern was what they had to offer.

Let’s start with the drinks. The wine list isn’t over the top, however offers a good selection of wines from Australia and Europe. Pricing of wines by the glass was very reasonable, starting at $8. The guys all ordered Japanese beer (of course), which were poured into unique clay made beer mugs. The guys were definitely impressed by this! 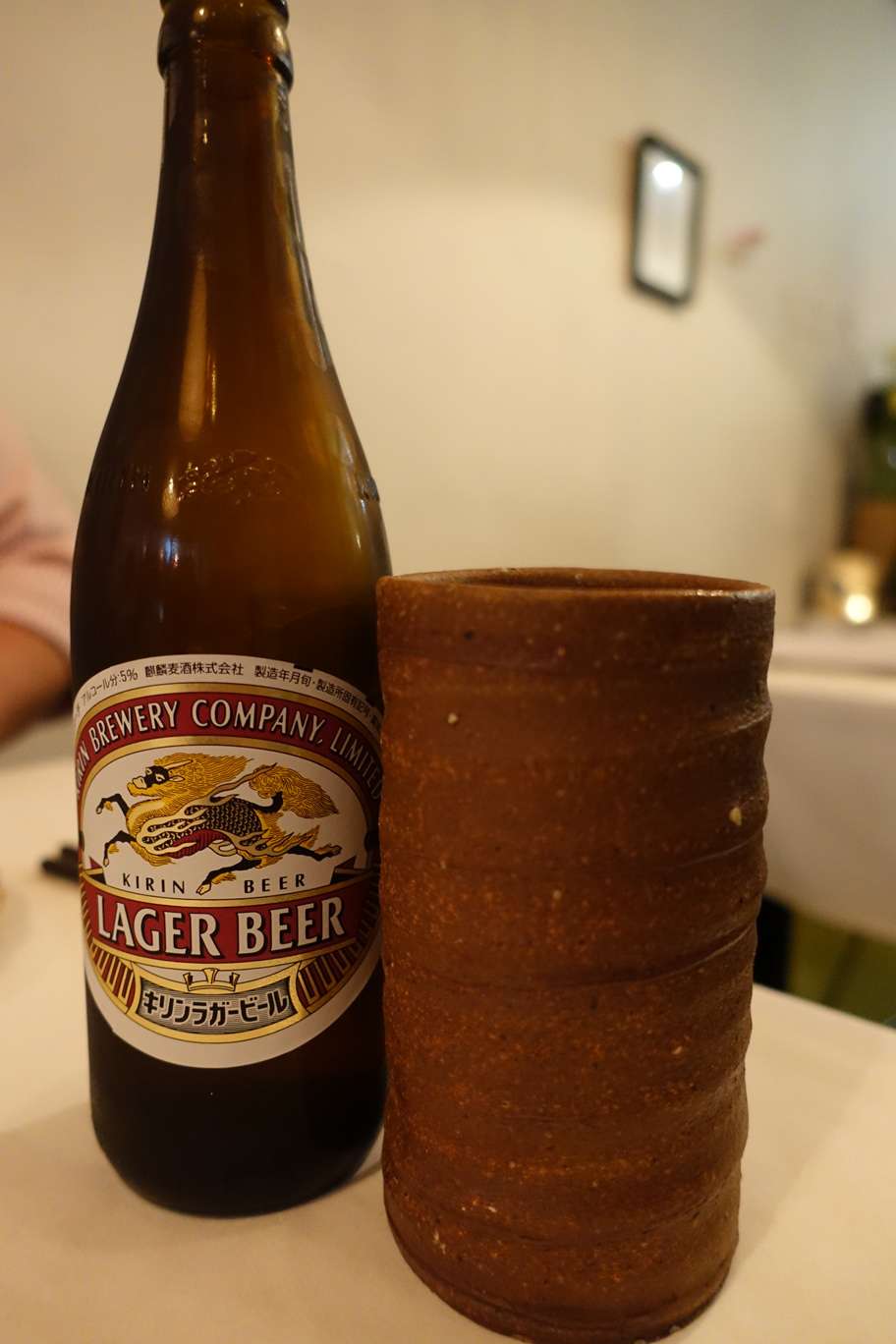 Everything on the menu looked amazing and the decision was quite difficult. The menu is broken down into a few different sections, including a contemporary, traditional and sushi section. We started with a few entrees to share followed by our own individual mains. 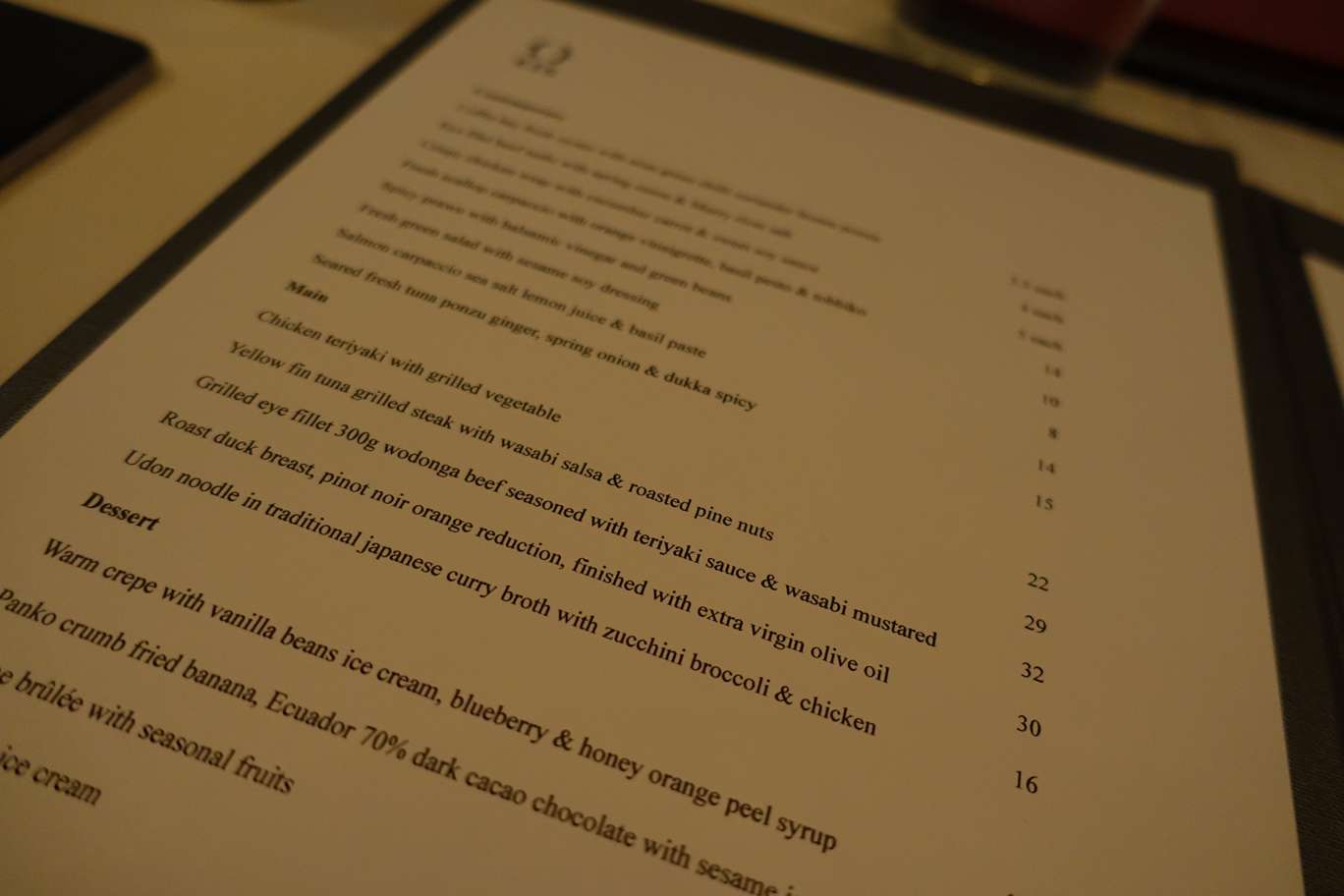 You can’t go to a Japanese restaurant and not order the ‘Edamame’. Boiled soy beans and coated with a sea salt are the perfect pre meal snack while trying to decide on what to order. Hiro had told us the ‘Crispy Chicken Wrap’ with cucumber, carrot and sweet soy sauce were some of the best in Melbourne, and he definitely did not disappoint. This was the highlight of the entrees for me and probably the highlight of the night as well! The flavour was spot on, with crunchy chicken, hints of ginger and wrapped in a thin casing. 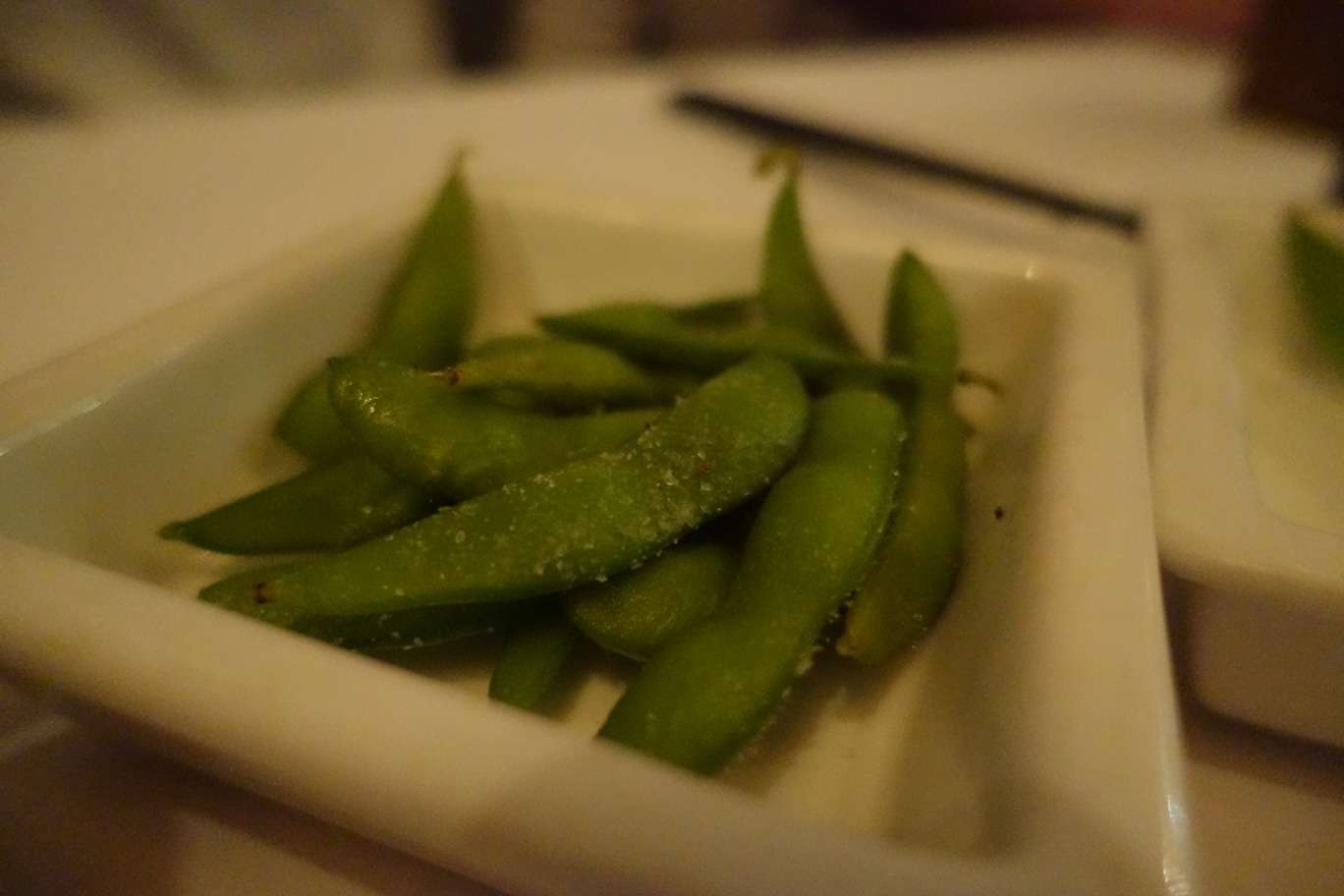 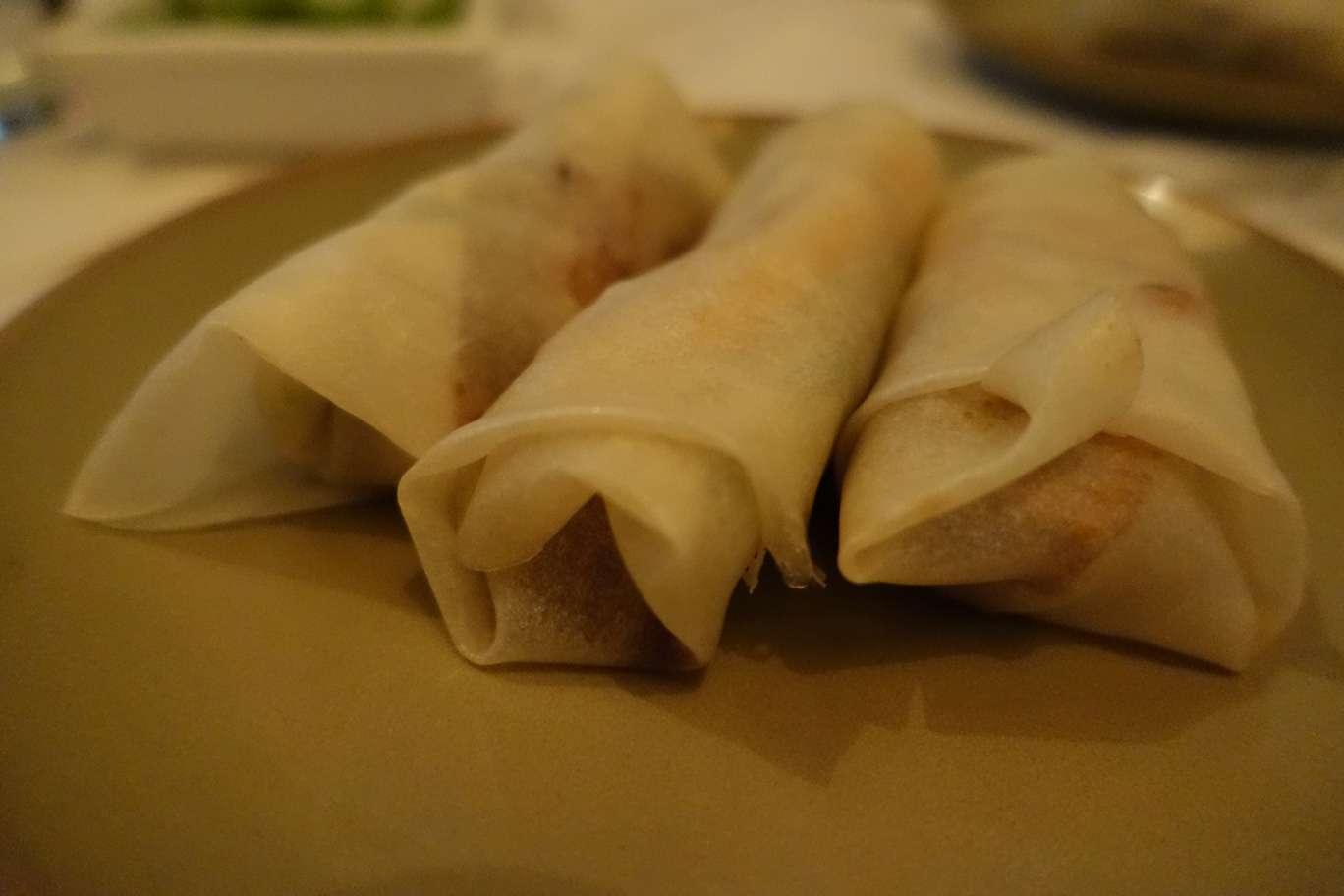 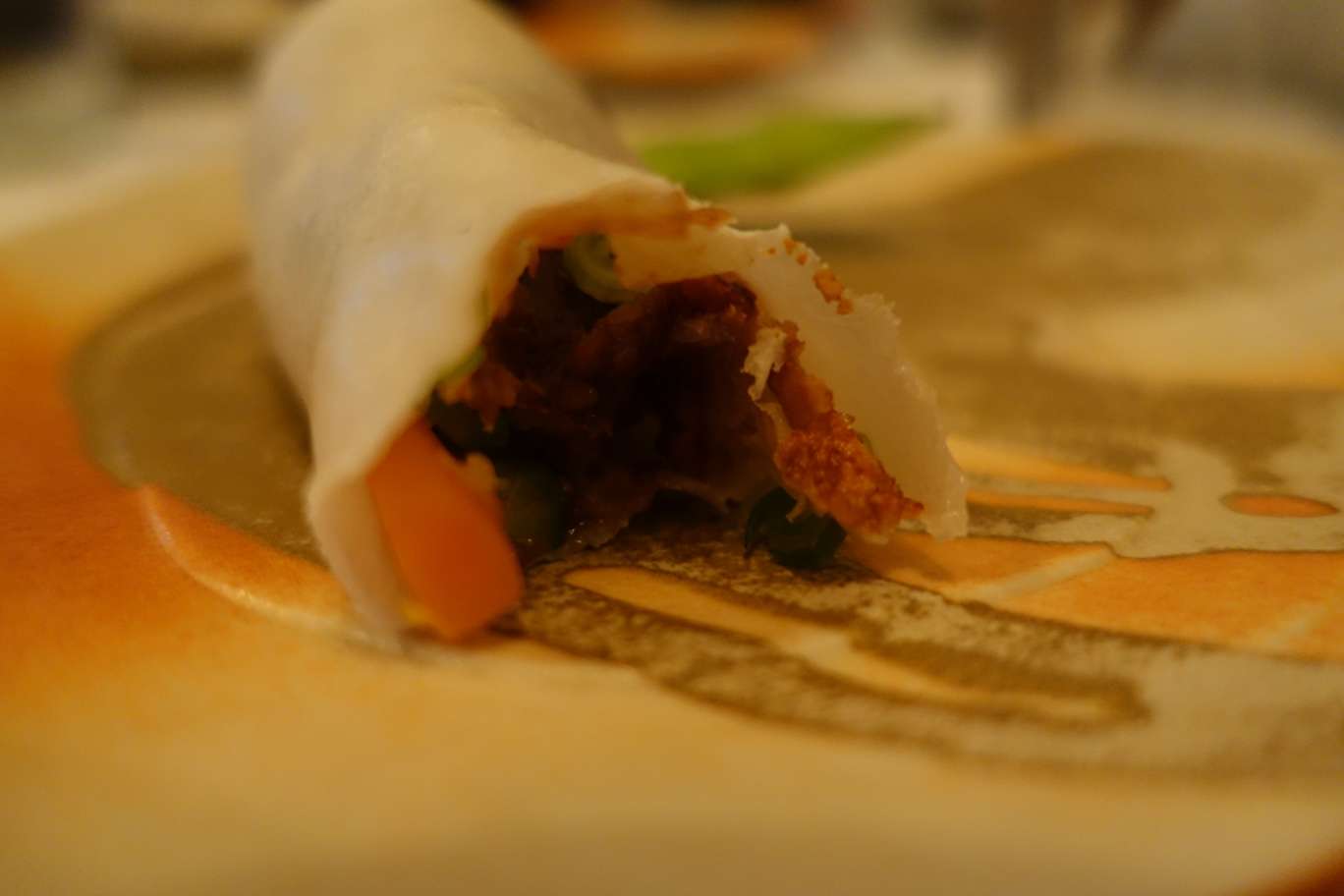 Another stand out dish was the ‘Grilled Half Eggplant’ served with miso paste and spring onion. This was bursting with amazing flavours and was the perfect winter dish on a cold and rainy night. The eggplant had a light crunch to the top layer, followed by an overwhelming soft eggplant interior. If your coming here for lunch, you could get away with just the chicken wrap and eggplant and be perfectly satisfied! 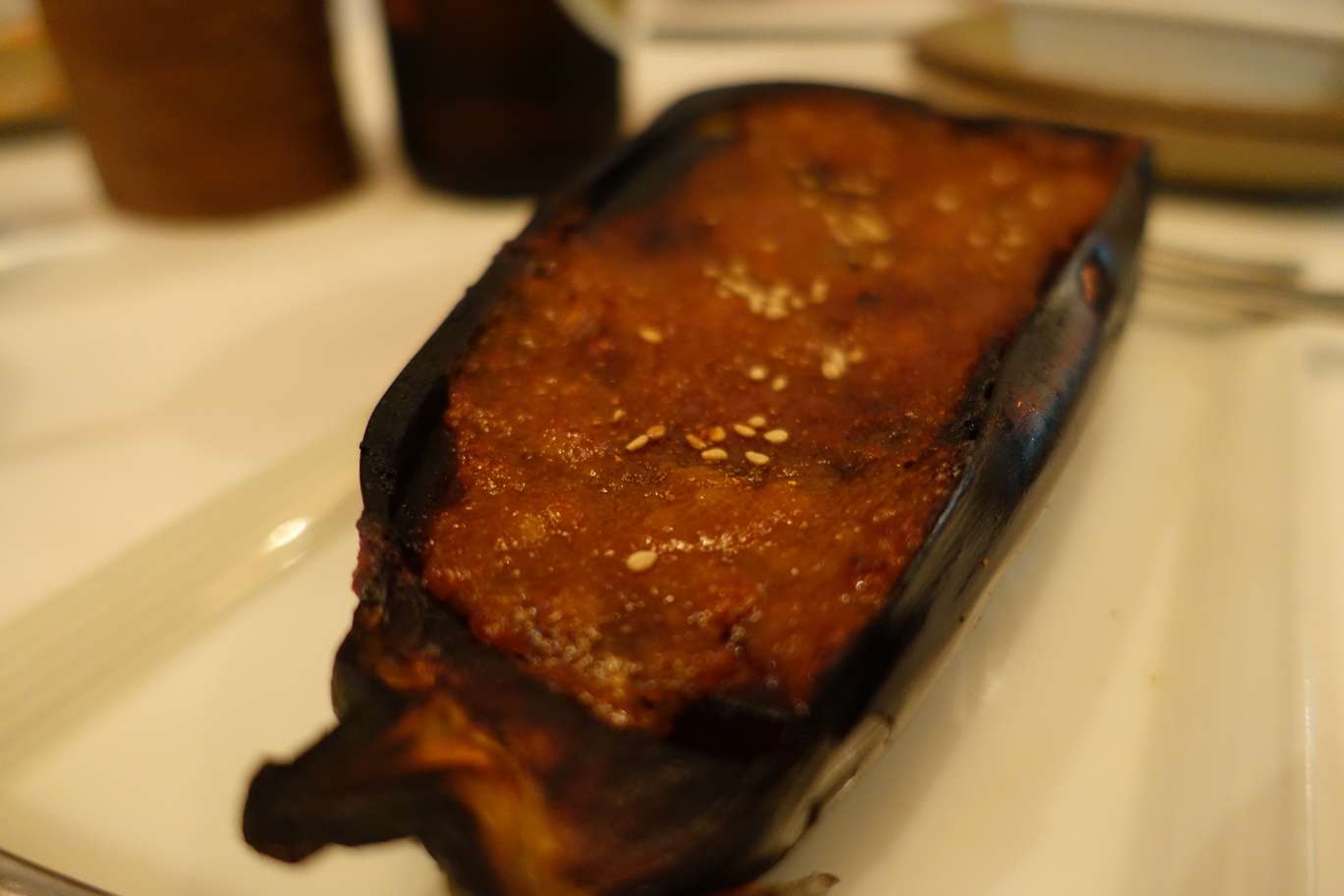 Our last entree was the ‘Gyoza’, which is a Japanese style chicken dumping with a side of soy sauce. I’m usually not a fan on dumpings, however these were fried dumpings and were amazing! It was a subtle flavour and wasn’t overly packed with filling, which was nice because you could actually get a good taste of all the ingredients. 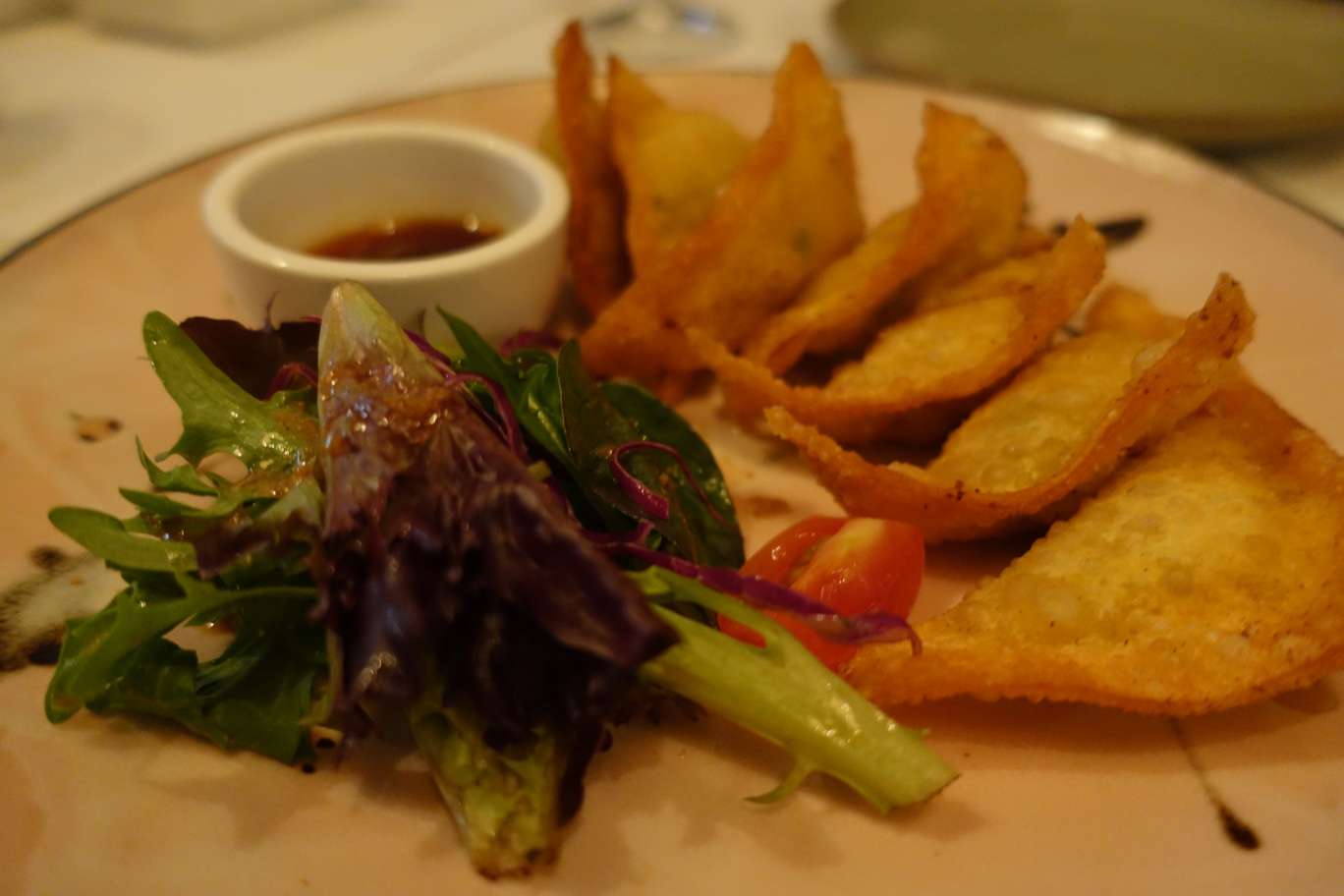 Now for mains! We were a group of 7 and we ordered a variety of different mains, which was good because I was able to take photos of a few different options. All the girls ordered the ‘Roast Duck Breast’ with a Pinot Noir orange reduction, roasted veggies and finished with a beautiful EVOO. 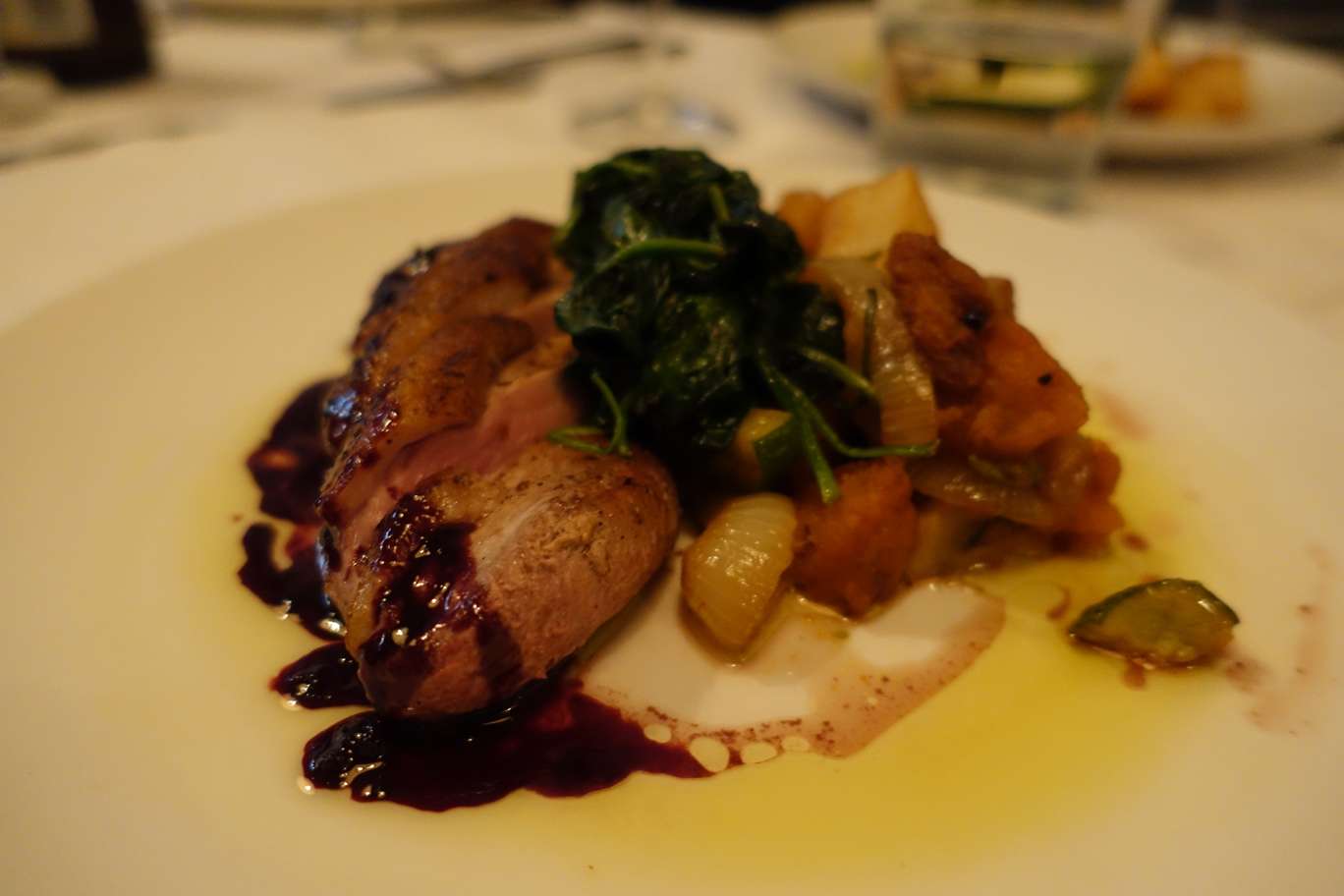 MC ordered the ‘Sashimi’ plate, which was a beautiful traditionally displayed Japanese dish. Hiro had gone over each item on the dish to ensure MC knew exactly what we was eating. Everything from tuna to salmon to kingfish was presented in a true authentic way. 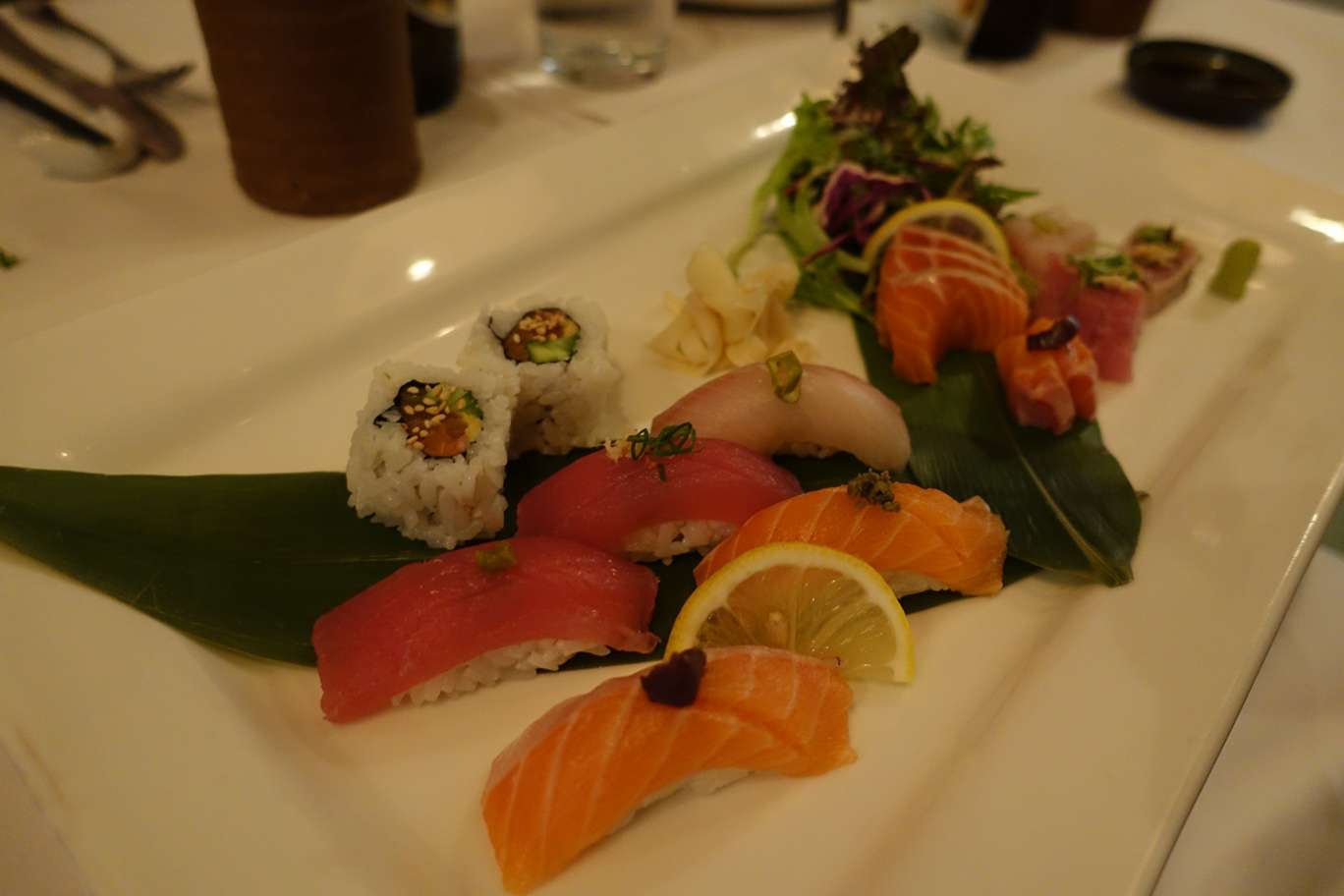 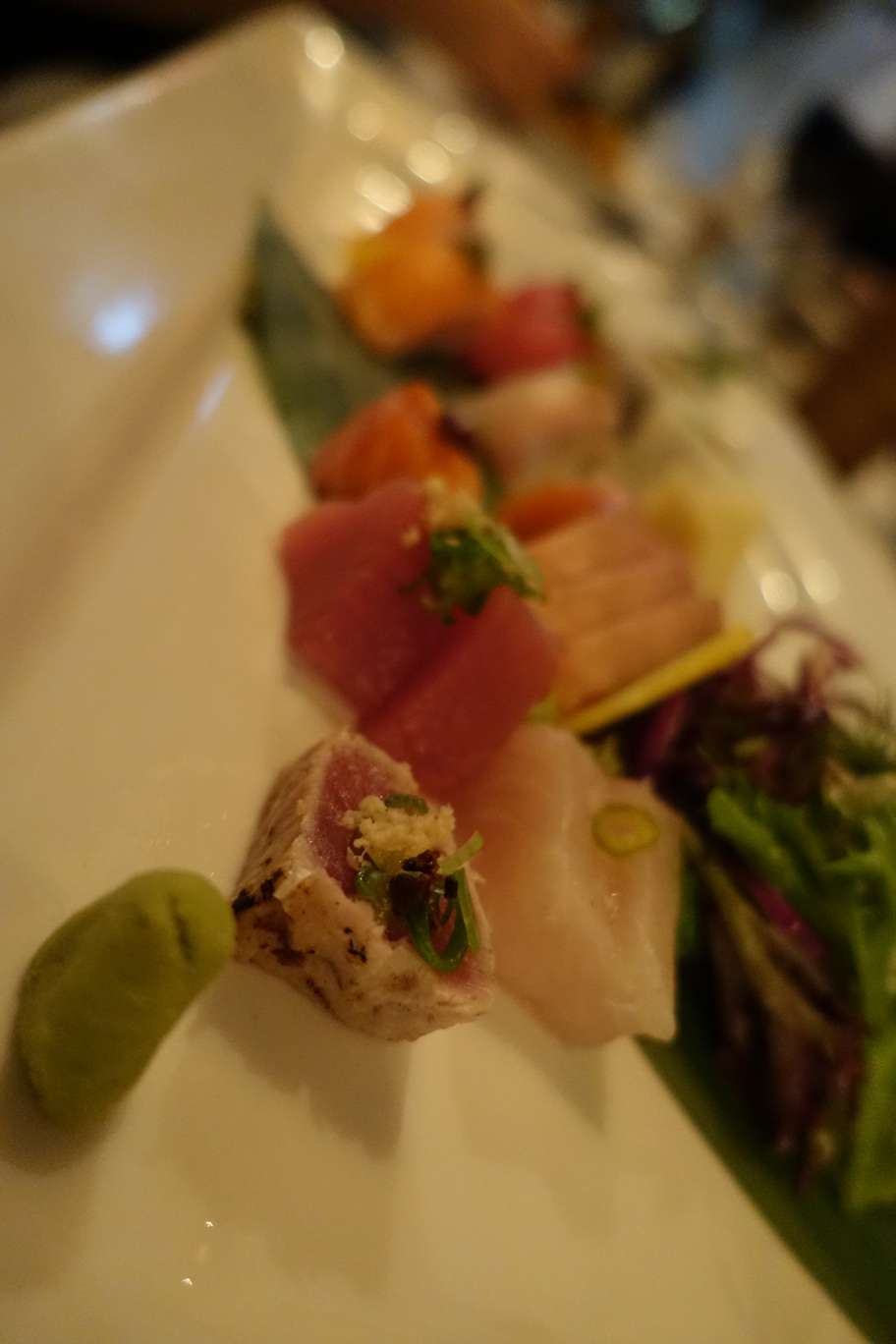 The boys of course went with the ‘Grilled Eye Fillet – 300g Wodonga Beef’, seasoned with teriyaki sauce, spring onion and roasted sesame. It was a very generous 300g serve, and the boys had mentioned it was one of the best steaks they had eaten in a long time. The knife cut through the meat like butter and the teriyaki sauce brought a sweet finish to the meat. 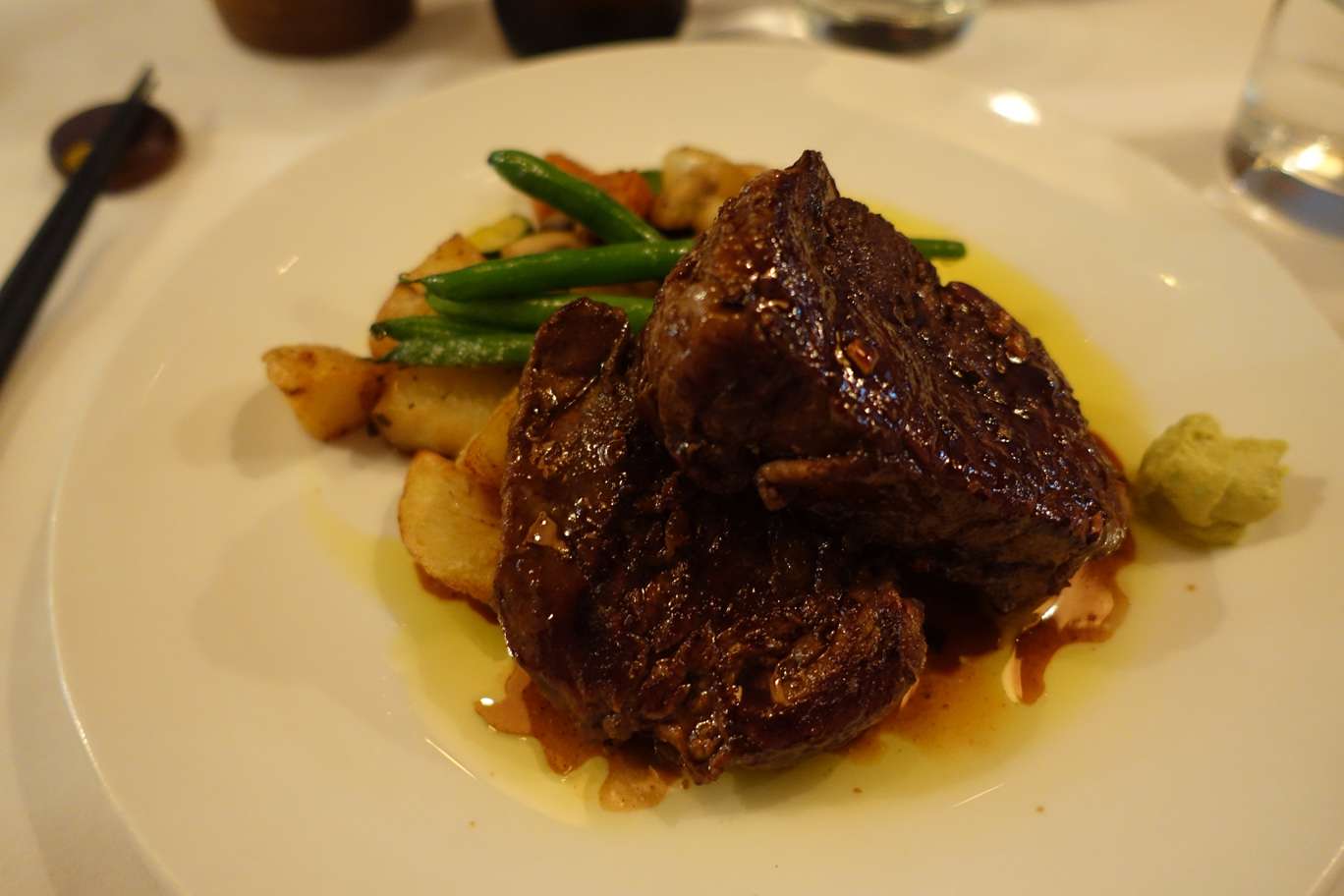 Usually with a group of 7, you’ll have at least one person go for dessert. Tonight we all did! There wasn’t one dessert from the menu that wasn’t ordered. I was quite full by the end of the meal and thought something refreshing would be best. The ‘Green Tea’ ice cream was the perfect decision. It was served with a red bean puree, which to me seemed very odd, however was told this was a traditional ingredient used in desserts. Either way, the green tea from the ice cream and the bean puree worked beautifully together. 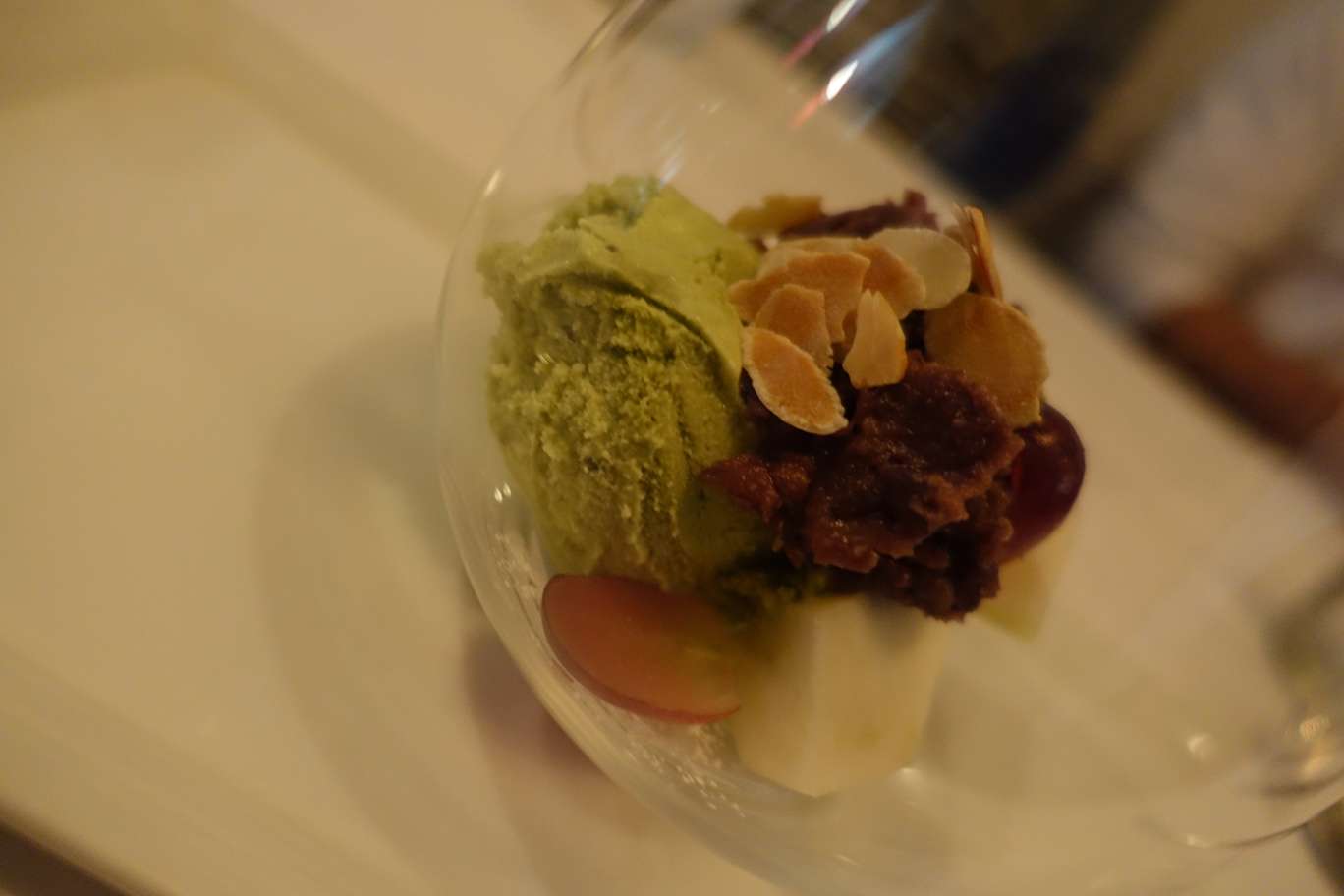 The highlight dessert of the night was the ‘Panko Crumb Fried Banana’ dish served with Ecuador 70% dark cacao chocolate and a sesame ice cream. Served in an over sized martini glass, the dessert was put together so well and would definitely catch the attention of anyone who walked by it! The crumbed banana was sweet with the bitterness of the dark cacao to offset the dish, making it their hero dessert without a doubt. 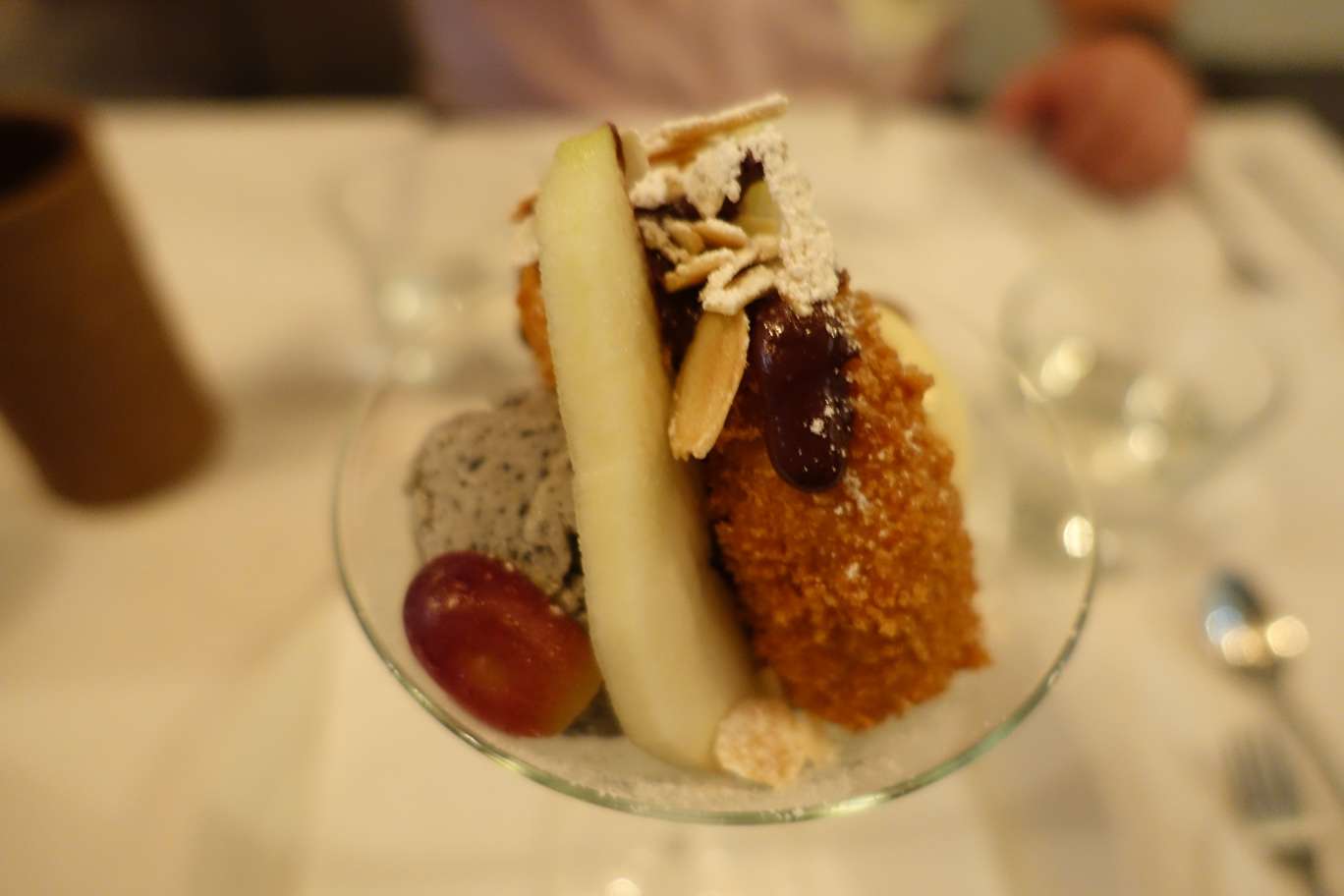 It’s no surprise this restaurant has won such awards as The Age Cheap Eats from 2005 to 2008 & The Age Good Guide 2008. How the restaurant was not full is beyond me. The food, atmosphere and service were all flawless from start to finish. The food was impeccable and the price was quite cheap for the quality of food presented. I will definitely be heading back to Eis Japanese restaurant and will be making it my go to Japanese neighbourhood gem.