We have lived around the corner from Bistro Gitan for almost 5 years, and for some reason have yet to make the visit. Being our anniversary, I thought this would be the perfect time to pop over and experience their ‘romantic atmosphere’ I hear so much about.

I absolutely love that this restaurant is out of the spotlight, and rather a true neighbourhood gem. Located in a historic Victorian building at the quiet end of Toorak Road, facing the stunning Fawkner Park, the space looks small from the outside, however once walking through the door, you enter a romantic and intimate setting. 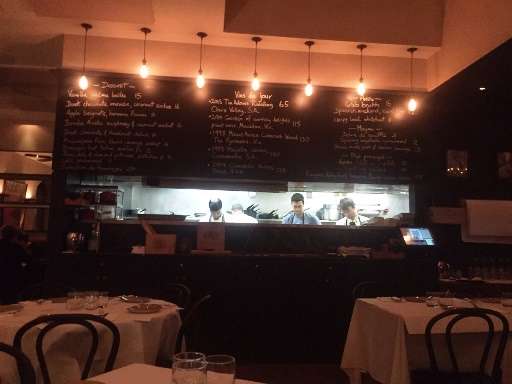 White linen covers the tables, simple table settings and wooden floors fill the space. I was instantly drawn to the large feature bar, which divides the restaurant from the lounge area. The space focuses on the French & Spanish influences, which follow through in the menu. 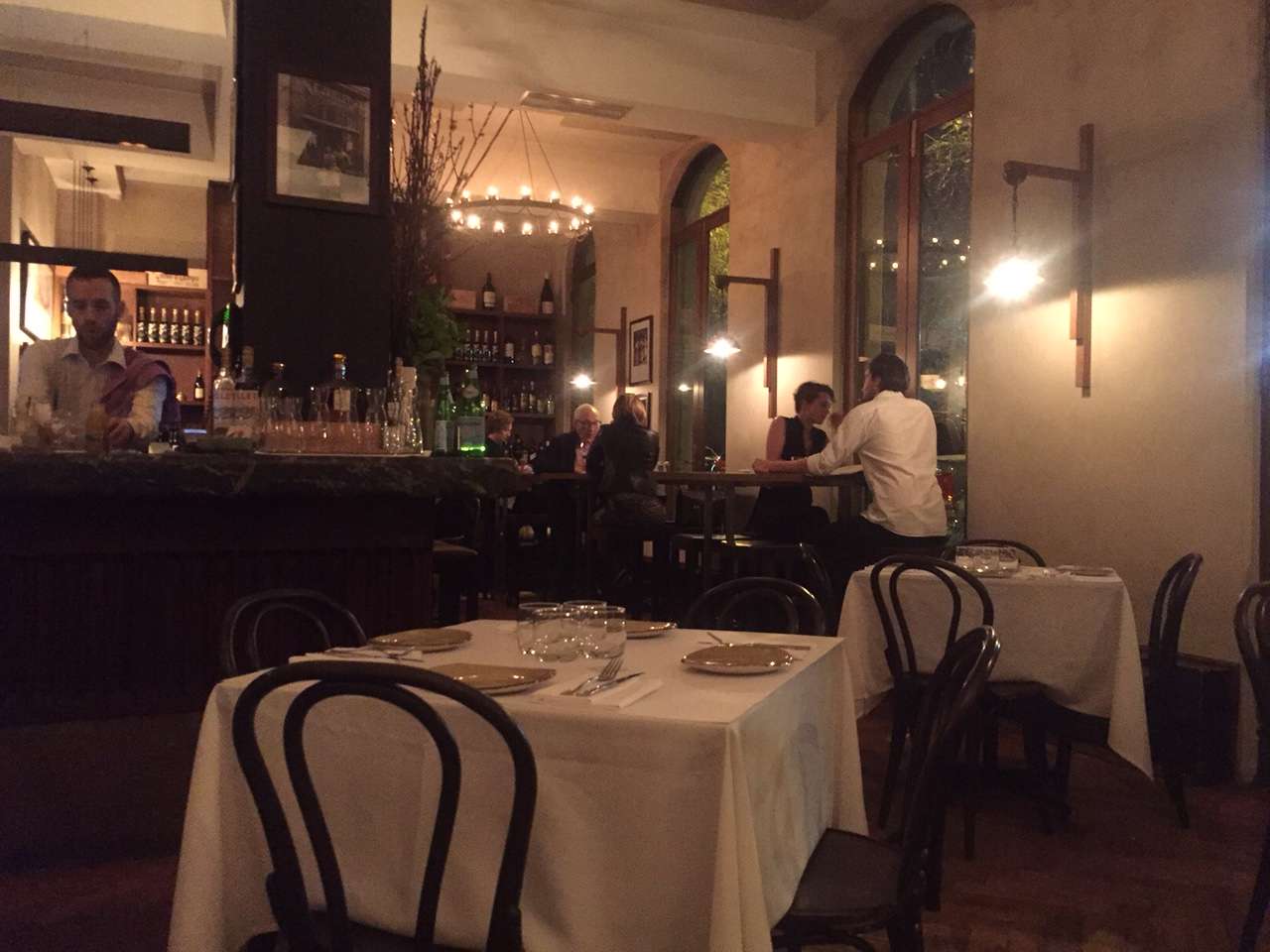 The service was flawless throughout the night, with recommendations made on which wines would work with the food ordered. Service was attentive with top ups of drinks happening without having to ask and a full explanation of all dishes when brought to the table.

The menu is based around a fine dining French bistro vibe, however I found the menu to have influences from surrounding European countries as well. Most entrees were available to either be shared or enjoyed individually, which was a bonus for those who aren’t always keen on sharing their food. 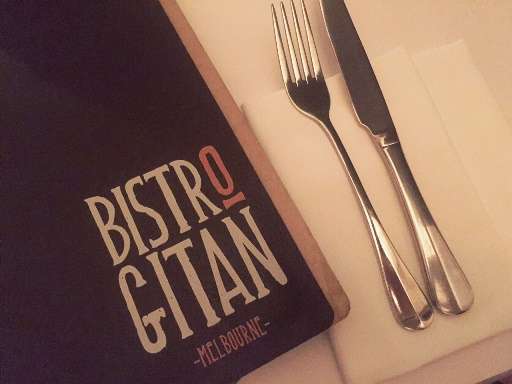 The menu is fairly seafood based, which is great for some, however for someone who may not be a huge seafood lover like me, the menu is quite limited (still some great options available!). With that in mind, MC ordered a 1/2 dozen of the ‘Natural Oysters’, while I ordered the ‘Steak Tartare’, which was sliced beef and condiments, crispy lettuce and celeriac remoulade. I did find the sauce used on the lettuce was a bit too tart and pickled, however the beef was stunning! 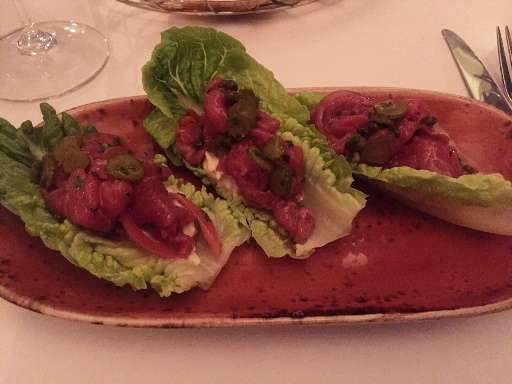 We also shared one of their daily entree specials, which was a ‘Venison Sausage’. Venison may scare some people, being too ‘gamey’ however this was a very mild flavour. Definitely worth getting if it’s ever on special! 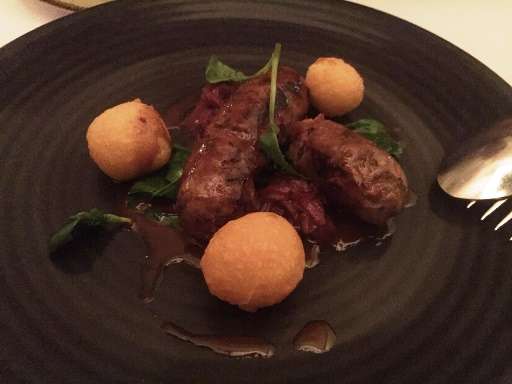 Next up was the ‘Croque Monsieur’ served with Gypsy ham, cheese and smoked Morteau sausage. This is like a cheese and ham lasagne, which you really can’t go wrong with! 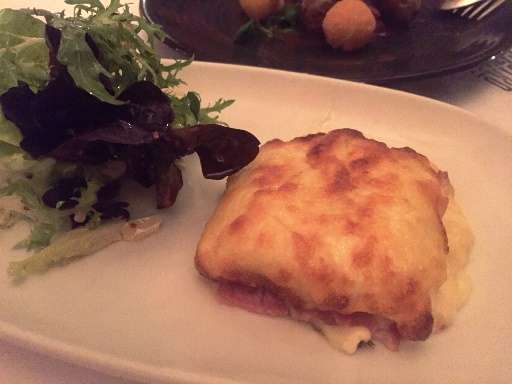 For mains I ordered the ‘Spatchcock’ with a mustard crust, butter savoy cabbage, bacon, a devil sauce of pepper and verjuice. The meat was tender and juicy and the sauce was a fantastic added bonus. Paired with the savoy cabbage and we had a winner! 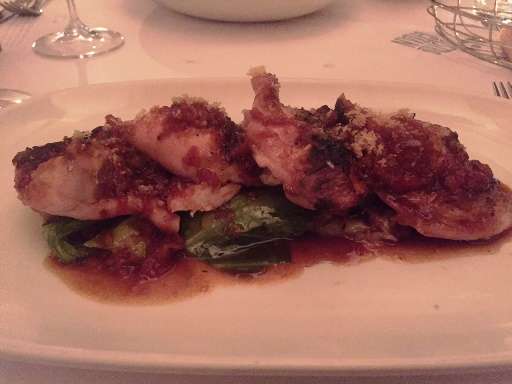 MC ordered the ‘Stuffed Duck’ served with peas, dehydrated parsnip and a fantastic jus. I did find the duck to be quite dry, however it definitely helped having the jus there to soak up the flavours. 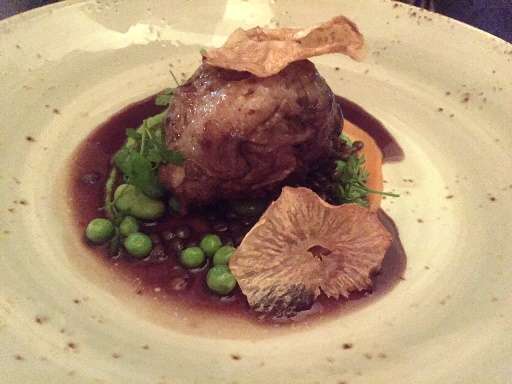 Overall I really enjoyed our evening at Bistro Gitan. Although a few of the dishes had a minor flaw, it wasn’t enough to make us not want to return. The staff were amazing, the setting is stunning and their wine list is extensive.